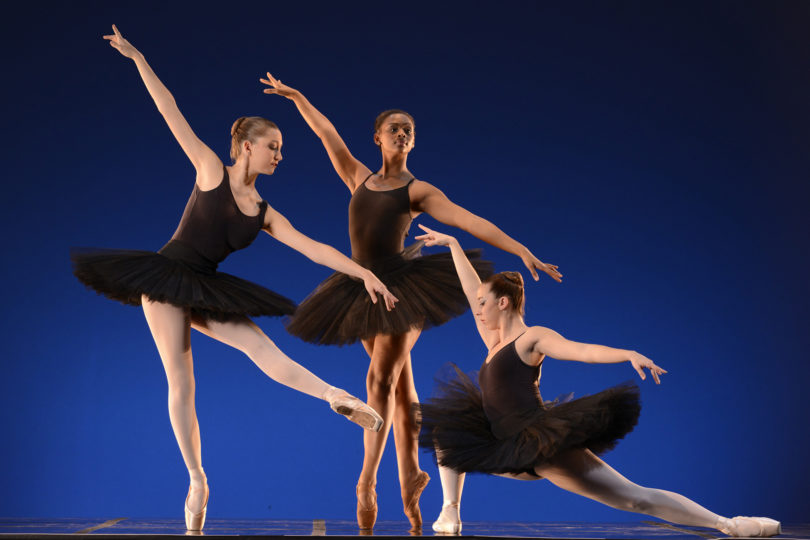 Athens, Ga. – The University of Georgia Ballet Ensemble will present a one-night performance March 22 at 8 p.m. to commemorate its 20th anniversary on campus.

The special concert, featuring both classical and contemporary ballet works performed by current company members with special appearances by ensemble alumni, will be in the New Dance Theatre in the Dance Building located on Sanford Drive.

For classical ballet lovers, several variations will be performed, including solos from “Flames of Paris,” “Paquita,” “La Bayadere” and “La Esmeralda.” Alumna Alisha Cardenas will bring dancers from Central New Jersey Ballet Theatre to the stage in “Waltz of the Hours” from Coppelia and “Troubles,” a contemporary work by Cardenas.

As part of the concert, the ensemble will perform “Of Hummingbirds” and “Channel Swimmers,” a neo-classical work by department of dance instructor Alix Miller. The modern ballet “Departure from 5th” will be revived by alumni from the original 2001 cast. Current ensemble members will perform “Natoma X 4,” a contemporary ballet with choreography and lighting design, alongside founding artistic director Joan Buttram and technical director Christopher Fleming.

In honor of the early years of the ensemble, Buttram has reconstructed the Romantic era ballet “Pas de Quatre,” choreographed by Jules Perrot, which premiered in 1845. Two dancers will be featured in Farah Nixon’s theatrical modern work “Yes/No/Maybe.” Finally, Athens community actor and dancer Allen Rowell will bring an original short film centering on the performance career of ballet ensemble alumna Amy Harold.

“The variety of dance presented in the concert will allow an enjoyable moment for everyone as dancers both past and present reunite to celebrate the 20 years of ballet presented by the UGA Ballet Ensemble,” Buttram said.

Tickets are $16 for the general public and $10 for students. They are available through the Performing Arts Center box office, by calling 706-542-4400, by visiting www.pac.uga.edu, at the Tate Center cashier’s window or at the door before the performance.