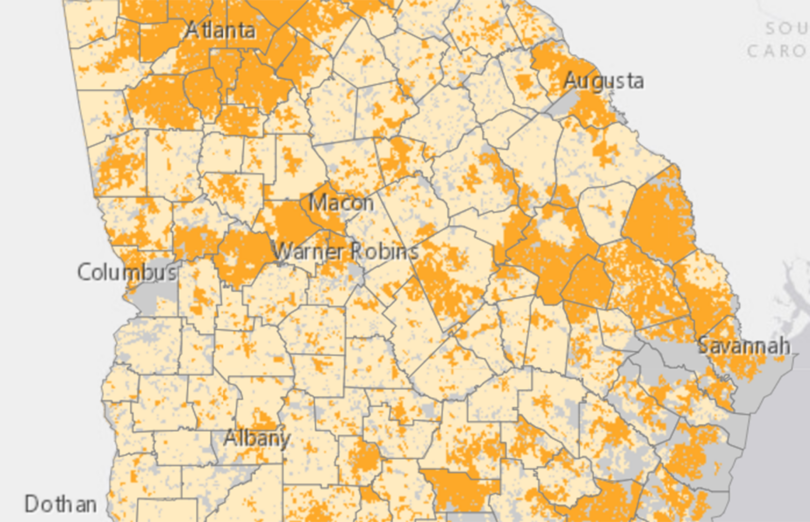 The Vinson Institute map shows where broadband access is limited through much of Georgia.

Underserved rural communities will benefit from more than $400M in grants

Nearly a year after unveiling a groundbreaking map that showed far more Georgians than previously thought were without broadband access, the University of Georgia  has helped the state distribute more than $400 million in grants to bring faster and more reliable internet service to communities throughout the state.

“The (UGA) Carl Vinson Institute of Government has been an incredible partner in the mapping and grant effort,” said Jessica Simmons, deputy chief information officer for broadband and special projects at the Georgia Technology Authority. 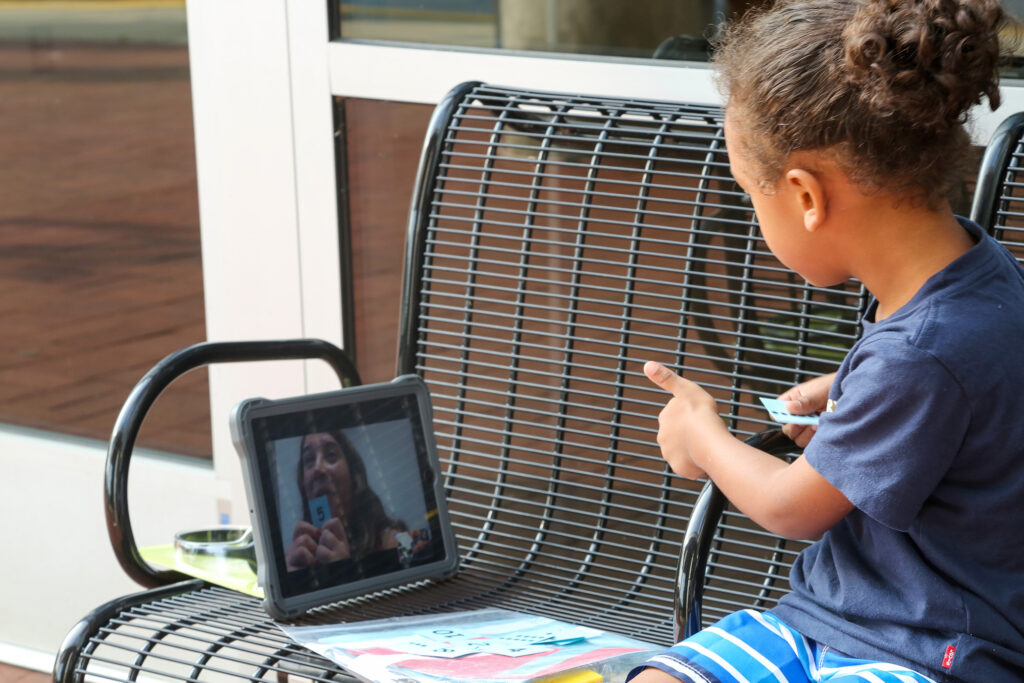 The broadband projects, funded by the federal American Rescue Plan Act (ARPA), will affect nearly 184,000 locations in 70 counties, with approximately 132,000 of those locations currently unserved by broadband, according to state data.

Final numbers, which will indicate how many locations the grants will serve, should be available soon, Simmons said.

The map, created by UGA for the State of Georgia Broadband Initiative, became the national gold standard for its accuracy in identifying populations in Georgia unserved by high-speed internet. Unlike maps produced by the Federal Communications Commission, which consider a census block served if only one address has access to broadband, the UGA map identified unserved and underserved locations down to the address.

“Your average home has two-and-a-half people, based on the U.S. Census Bureau, so you can pretty much extrapolate that this is going to have a major impact on a large population of the state of Georgia,” said Eric McRae, assistant director of information technology outreach services at UGA’s Vinson Institute. 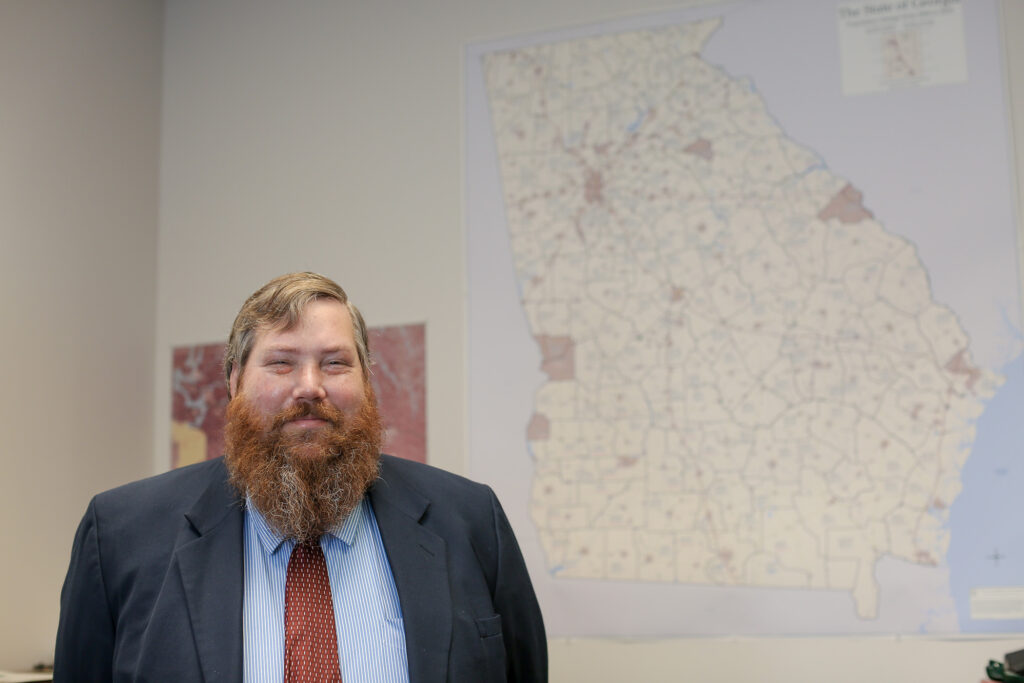 Eric McRae, associate director of the Vinson Institute’s Office of Information Technology Outreach Services, worked on the broadband map that shows actual coverage for the state of Georgia. (Photo by Shannah Montgomery)

In February, Gov. Brian Kemp announced $408 million worth of grant awards to fund 49 broadband projects for communities, households and businesses across Georgia. During the selection process, decision-makers relied heavily on UGA’s broadband map as well as other map data produced by McRae and David Holcomb, the institute’s enterprise spatial data infrastructure manager.

While it helped the committee check the accuracy and cost-effectiveness of proposals, UGA’s broadband map also gave community leaders and internet service providers crucial data for the grant application.

Jason Smith, chief operating officer for Ellijay Telephone Company, says engineers used the map to verify locations in the field and “more or less built all of our applications around the most current data that was available.” The broadband provider will be part of ARPA projects in the North Georgia counties of Gilmer, Pickens, Dawson, Fannin and Cherokee—among the rural areas of the state that are the primary focus of the broadband initiative.

“I think (the map) was extremely valuable, just because of the fact that it allowed us to know that we had a pretty clean application,” Smith said. 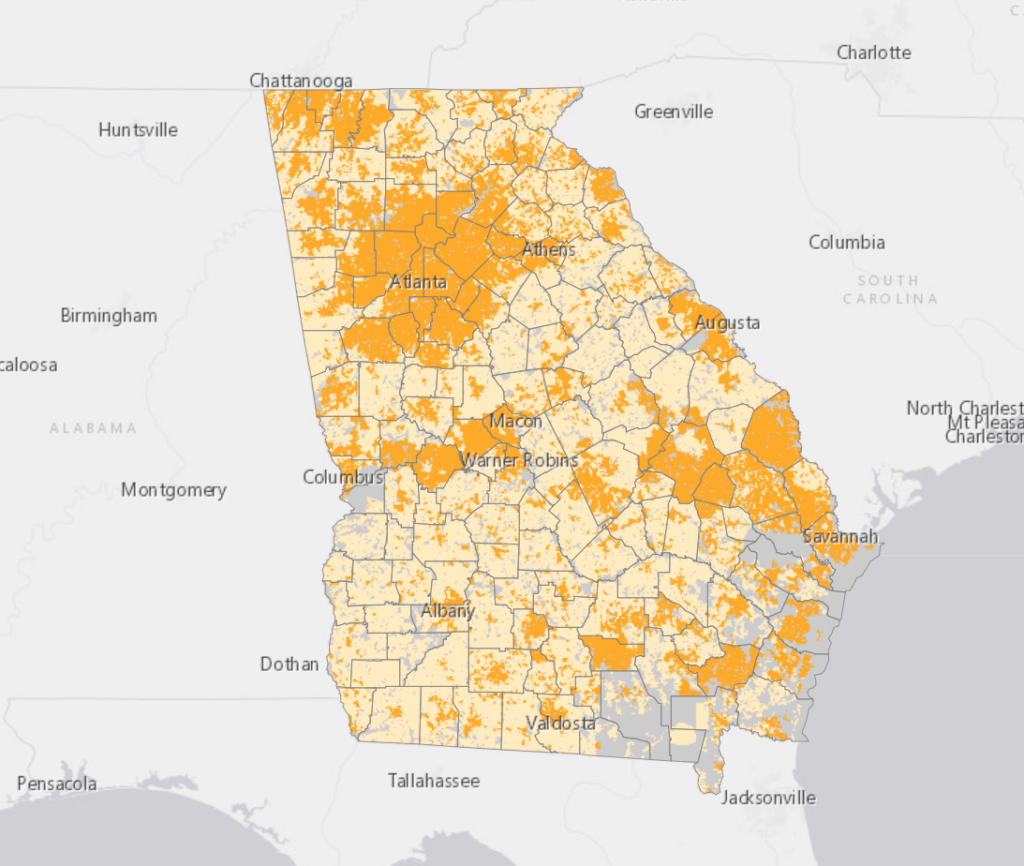 One of those applications helped the Gilmer Pickens Joint Development Authority obtain nearly $21.4 million in ARPA grants to build out service to almost half of about 10,000 unserved locations in the two counties. More broadband expansion funding is in place through additional federal grants from the FCC and U.S. Department of Agriculture. The FCC’s Rural Development Opportunity Fund has awarded $326 million that will bring broadband service to nearly 180,000 unserved locations in rural Georgia communities.

Preliminary calculations from the Vinson Institute indicate that in 2022, 4.9 million Georgia locations will be considered served by high speed internet, with about 455,000 still unserved. By 2026, when the ARPA and other federal grant projects are expected to be completed, only 205,000 locations will remain unserved, according to state data.

McRae said the map work exemplifies UGA’s commitment to public service and outreach in the state and puts Georgia at the national forefront of broadband expansion.

“I think what it says is that having access to mapping scientists and data scientists from UGA basically put Georgia well ahead of the curve of other states because it allowed us access to this information like nobody else had,” he said. “And so, basically, what it did is it just once again proved the whole purpose of the [UGA] land-grant mission.”