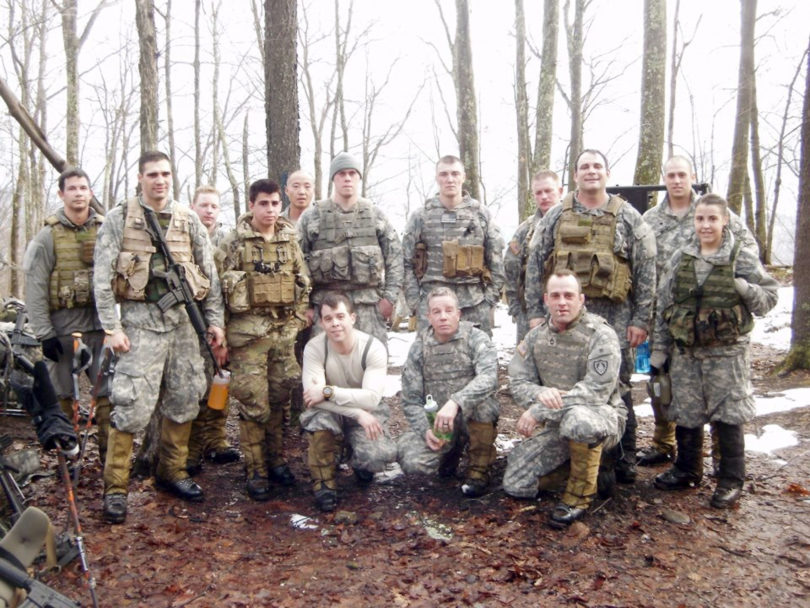 Athens, Ga. – As the only University of Georgia student and the only female in her class of 66 soldiers, Cadet Kayla LaChance successfully completed the Army’s Mountain Warfare Course last month.

LaChance, a senior political science major from Newnan, was one of only five cadets who finished the rigorous course.

Elite soldiers from all branches of the military, including Special Forces teams and senior enlisted soldiers, attend the Mountain Warfare Course hosted by the U.S. Army Mountain Warfare School. The course provides tactical and technical training for cold weather operations, a training based on techniques learned from Army units currently engaged in mountain warfare. Graduates earn the skill qualification identifier “Military Mountaineer.” The school is located in the mountains of Jericho, Vt., at Camp Ethan Allen Training Site.

As a member of UGA’s Bulldog Battalion, LaChance represented the 6th Brigade U.S. Army Cadet Command, which includes the 39 schools with ROTC programs in Louisiana, Mississippi, Alabama, Georgia, Florida, Puerto Rico and the U.S. Virgin Islands. Her selection was based on her academic excellence, military domain knowledge and a high level of physical fitness.

After graduating from UGA in May, LaChance will receive a commission as a second lieutenant in the Military Police Corps and attend the Basic Officer Leadership Course at Fort Leonard Wood, Mo.

UGA Bulldog Battalion
A unit of the UGA Office of the Vice President for Instruction, Bulldog Battalion is one of the oldest ROTC programs in the nation. While a military-educated presence has been evident since the establishment of classes on the UGA campus in 1801, Army ROTC became official on June 30, 1919. More than 20 U.S. generals began their military career with the Bulldog Battalion. For more information, see armyrotc.uga.edu.