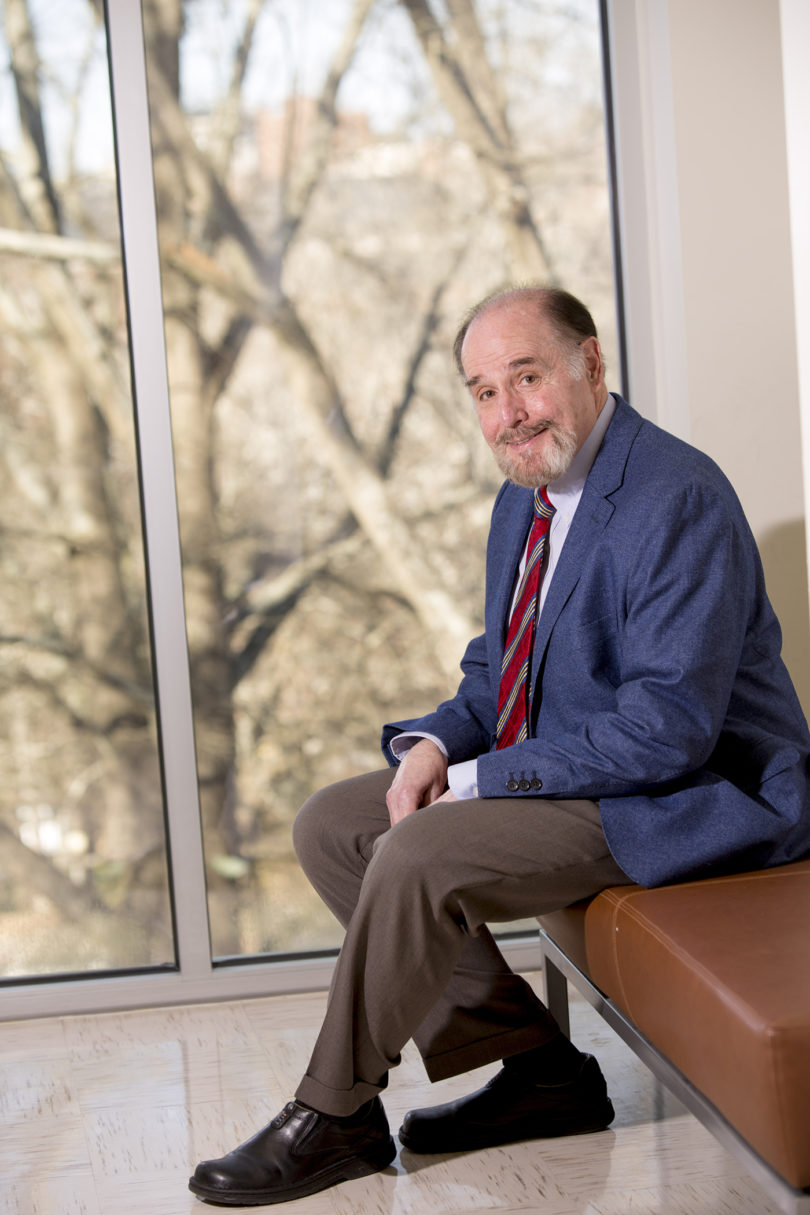 Crude computer simulation techniques date back to the 1940s at Los Alamos National Laboratory, but the University of Georgia Center for Simulational Physics was the very first such center in the world devoted entirely to developing and using advanced computer simulation algorithms.

Since it was founded in 1986, the center has played an important role in the use and development of computer simulation techniques. Solving problems often impractical for experimentation, or intractable from a theoretical perspective, physicists turn to computational simulation to understand fundamental physical phenomena.

“In 1983 we started the Program in Simulational Physics, and in 1986 we were approved as a university center,” said David P. Landau, Distinguished Research Professor of Physics and founding director of the CSP. “The next year we started this workshop series, and it really became a meeting place for simulationists from around the world, because there was no other meeting place.”

The CSP workshop, held the week of Feb. 22-26 this year, has continued every year since, bringing dozens of visiting scholars and hundreds of students to study at UGA over that time, making the University of Georgia a world leader in computer simulation studies of condensed matter physics.

The beginning of computer simulations at UGA
When Landau arrived at UGA, the Information Age was still a twinkle in Gordon Moore’s eye. Fresh out of Yale University, Landau came to Athens in 1969 as an experimental physicist, planning for a career in high field magneto-optics. A snafu with the arrival of his equipment left the young scientist bereft of a research focus until he came across the idea of computer simulations.

“UGA had actually built one of the best computing facilities in the Southeast at that time,” Landau recalls, though with only two public access keypunches for computer cards on campus, these facilities were difficult for people to use.

Though “keypunches” seems like a word from much longer ago that just last century, Landau’s work ethic as a young researcher prevailed.

“Arriving early in the morning and coming back late in the evening, I was able to put in huge amounts of computer time,” he said, “and, much to my surprise, I found that these techniques of computer simulations were extremely powerful, given the state to which computer technology had evolved.”

And though there had been significant advances by that time, Landau says the computer facilities he used then were in the range of 10 million times slower than what we have today.

Using models to understand nature
Landau was awarded one of the first National Science Foundation grants for Monte Carlo studies in condensed matter physics and, by the mid to late 1970s, was receiving invitations to share his findings at conferences.

Scientists use computer simulations for complex calculations that require long series of random numbers. But generating reliably random number sequences can be problematic, so many scientists turn to a statistical modeling technique called the Monte Carlo Simulation. Named for the gambling casinos on the French Riviera, Monte Carlo Simulations can represent complex interactions in a host of disciplines-from atomic physics to meteorology to economics. If their models are accurate, scientists can predict responses that mimic those in the real world.

What began with the design of the first atomic bombs now allows for whole categories of simulation that, as Landau puts it, creates the third point on a triangle that links theory with experiment.

“Sometimes you have a system that is so complicated, you can’t do the theory,” Landau said. “So in a sense, simulation is the only way of getting results to compare with an experiment.”

Since it was established in 1986, the CSP has attracted hundreds of graduate students to UGA from around the world, as well as a distinguished list of adjunct, visiting and tenure track faculty members.

“We continue to have students and faculty from around the globe coming to study at UGA on fellowships from their nations and universities,” Landau said. “They are involved in the learning process at every level, exchanging ideas and carrying out research that has enriched our environment and provided research peoplepower for the university.”

Landau and the CSP are invited to join collaborative agreements with institutions and granting agencies from around the world, and both have supported the establishment of similar centers at universities across the globe. With support from their home institutions and governments, students and young professors from China, Thailand, Brazil, Germany, Norway, Denmark, Chile and many others have come to study and gain research experience at UGA.

PetaApps, petaflops and supercomputers
Very recently, the CSP was part of a National Science Foundation grant that encapsulated some of the needs for running advanced algorithms in term of both hardware and software.

“The NSF was funding Petaflop computers, and the goal of the program was to develop applications software, or frameworks, that would take advantage of these machines,” Landau said. “Programming machines with many computing cores is very difficult, and many ‘standard’ applications run very inefficiently.

A different group at Oak Ridge National Laboratory has now used the framework with 51,000 cores plus 3200 GPUs, or graphic processing units, to achieve a peak performance of 2.5 Petaflops using 17 percent of the Titan supercomputer, he explained.

The grant, which ended in 2015, was awarded $1.5 million and was part of the NSF’s now defunct PetaApps program.

“Twenty years later with many people including some Nobel laureates only sort of nibbling around the edges, we still didn’t understand how high temp superconductors work from a fundamental theoretical viewpoint,” said Schüttler, a professor in the department of physics and astronomy and a member of the CSP.

Such can be the lags between discoveries, theories, experimentation and verification in the world of physics and astronomy, as evidenced most recently by the discovery of gravitational waves more than a century after Albert Einstein published “On the Electrodynamics of Moving Bodies.”

With daring and insight, Schüttler decided to switch his research focus and became interested in biological circuits and applying methods of simulational physics to complex biological problems. He began working with UGA colleagues in genetics, and soon the collaborations introduced the CSP to an expanded set of potential applications in biophysics and other interdisciplinary research pursuits.

“It is one of the things that I’m most proud of, people like Bernd Schüttler,” Landau said, “a wonderful colleague and scientist who has provided great service to the college and to the university.”

The 2016 workshop, “Recent Development in Computer Simulation Studies in Condensed Matter Physics,” carries special significance as a celebration of the 30th anniversary of the CSP. The event will also celebrate Schüttler’s 60th birthday. A strong tradition at many institutions around the world, the celebration for Schüttler honors a longtime pillar of interdisciplinary research collaborations at UGA who has served as department chair in physics and astronomy as well as computer science.

The workshop will be held in Room 322 of the Physics Building on the UGA campus. The meeting is open to the UGA community; registration is required. For more information, including a complete schedule of invited speakers, visit www.csp.uga.edu.