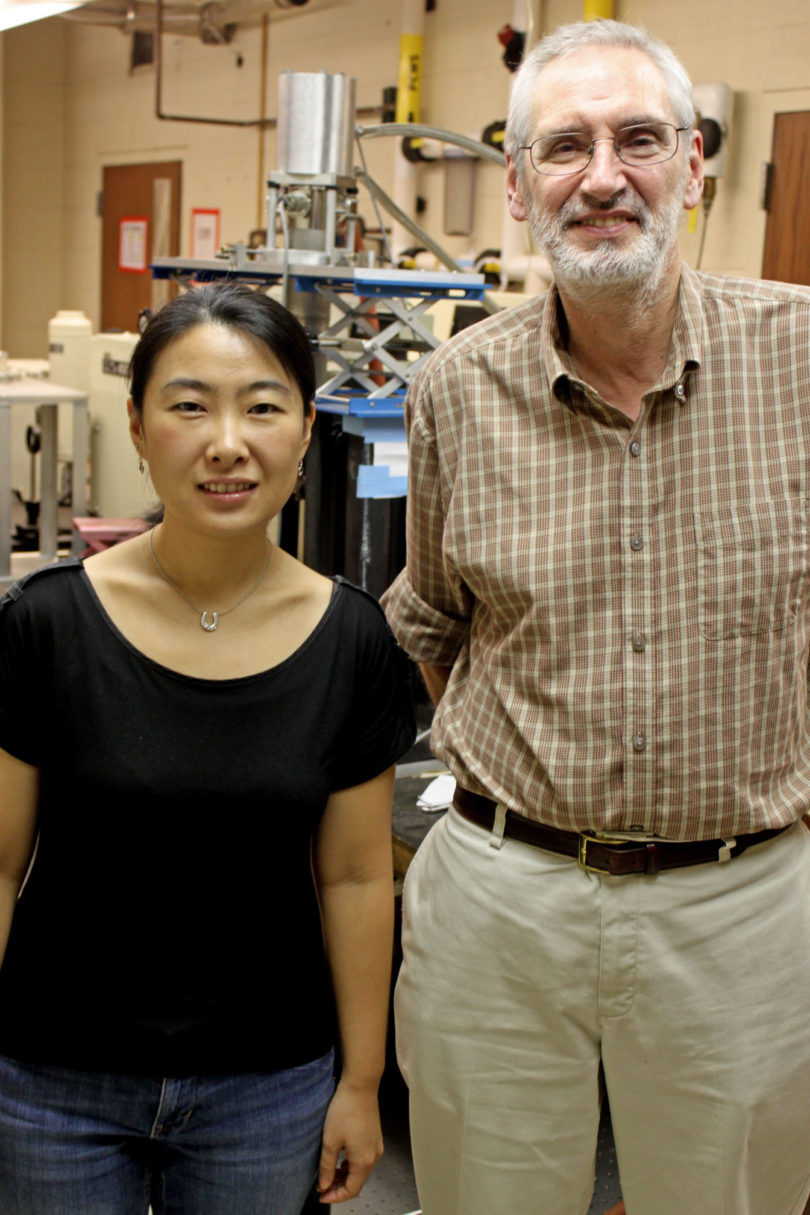 Athens, Ga. – The study of an oxygen-sensing bacterial regulatory protein by chemistry researchers at the University of Georgia has provided molecular insight into the oxygen sensing mechanism, which could ultimately lead to a better understanding of the ageing process and new treatments for human diseases such cancer, Parkinson’s and Alzheimer’s.

Michael Johnson, a distinguished research professor of chemistry in the UGA Franklin College of Arts and Sciences, and Bo Zhang, a UGA chemistry doctoral candidate, have discovered that the fumarate and nitrate reduction regulatory protein, or FNR, in E. coli senses oxygen by a new type of reversible structural change in an iron-sulfur cluster. The work was carried out in collaboration with Nick Le Brun and coworkers from the University of East Anglia. The results were published Sept. 10 in the journal Proceedings of the National Academy of Sciences USA.

Iron-sulfur clusters are abundant biological cofactors that play crucial roles in almost all of fundamental life processes, including respiration, photosynthesis, nitrogen fixation, DNA replication and repair. “Everyone has trillions of iron-sulfur clusters associated with enzymes and proteins in their bodies,” Johnson said. “The problem is that they readily degrade in the presence of oxygen and other species that are associated with oxidative stress, leading to loss of protein function.”

The research conducted at UGA and UEA focused on FNR, which senses the presence of oxygen in the environment and “switches” off and on specific genes in pathogens, such as E. coli, when there is no oxygen present-conditions often found in the human intestinal tract. Oxygen is sensed by FNR via its iron-sulfur cluster-that undergoes conversion from one form to another, smaller one, thereby causing the protein to change shape-the “switch”-and leading to the turning off of genes associated with growth without oxygen.

“E. coli can decide what lifestyle to live, with or without oxygen,” said Johnson. “We can’t decide to change our need for oxygen, but understanding the mechanisms for reassembly and repair of iron-sulfur clusters in response to oxidative stress is crucial for understanding a host of human diseases as well as the ageing process.”

Bo Zhang, the lead author on paper said that the iron-sulfur cluster switching mechanism in response to oxygen is smart. “They don’t panic-they calmly keep their extra sulfurs and wait to be repaired,” said Zhang. She said that any medical applications of the research could take 10 to 20 years for development. The next step is to discover how the repair process works in the cell. Johnson and Zhang are currently working on in vitro models to mimic this biological repair process.