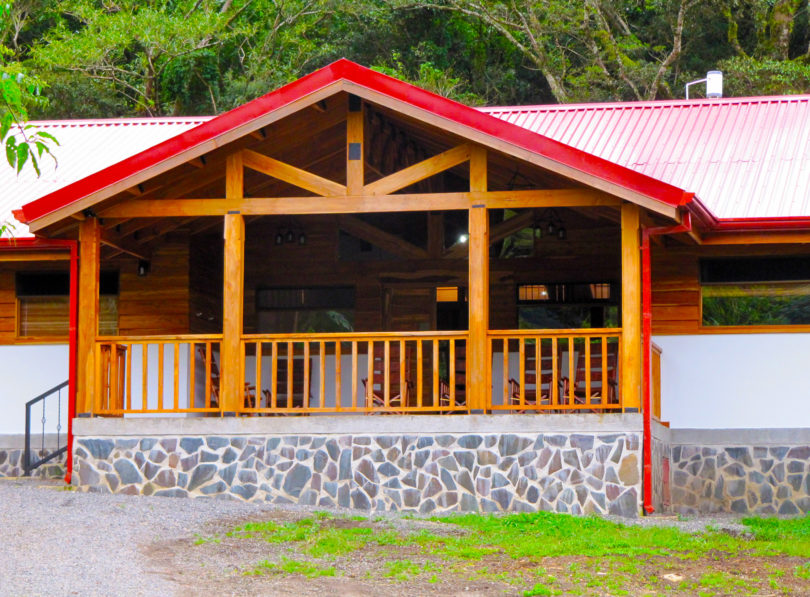 Athens, Ga. – The newly-constructed faculty residence facility on the University of Georgia’s campus in San Luis, Costa Rica is being named in honor of Paul A. Gross, a 1961 UGA alumnus.

Ribbon cutting for the facility is scheduled for this summer.

Gross is a longtime supporter of UGA Costa Rica, whose most recent gift of $100,000 was made to establish the Paul A. Gross Undergraduate Student Support Fund with the University of Georgia Foundation. The fund’s primary purpose is to raise awareness of UGA Costa Rica and the opportunities it provides for students, faculty and the adjoining communities.

One of his explicit interests in establishing a new endowment is to attract funding from other donors to support UGA Costa Rica’s educational endeavors and associated activities.

It is Gross’ desire to grow support for the Costa Rica Program by raising awareness and gifts. In this regard, he has challenged other donors by making a second gift of $50,000. This gift will be used as a dollar-for-dollar match from now through the end of 2014 to grow the Friends of Costa Rica Endowment.

“Mr. Gross is a wonderful ambassador for our program, and we are incredibly grateful for the gifts he has made in support of our efforts” said Quint Newcomer, director of UGA Costa Rica. “We are excited to name the faculty residence facility in his honor.

“His generosity is an example from which we can all take a page,” Newcomer added. “I love the idea of challenging others to give in support of UGA Costa Rica and I look forward to seeing other donors follow his lead. Further naming opportunities are available.”

After leaving UGA, Gross received his graduate degree in hospital and health administration from the Medical College of Virginia in 1964. He served in the U.S. Navy for eight years and then spent the next six years with the U.S. Air Force as the Civilian Consultant for Healthcare Administration to the Surgeon General. He served 20 years as a trustee to the U.S. Selective Service Board and then embarked on a successful 20-year career as a senior administrator in the healthcare industry from which he is now retired. Today, he serves as a professor emeritus of the Medical College of Virginia/Virginia Commonwealth University.

About UGA Costa Rica
UGA Costa Rica is a 155-acre, international residential and classroom facility located in San Luis, Costa Rica at the base of the Monteverde Cloud Forest. It is owned by the University of Georgia Foundation and hosts education abroad programs operated by UGA and other universities around the world. UGA Costa Rica is a center for research, instruction, symposia and ecotourism. About two dozen annual degree credit programs are conducted on the campus during the fall, spring, May and summer terms. UGA Costa Rica works with more than 60 UGA faculty members across a wide range of academic disciplines. For more information on UGA Costa Rica, see http://www.dar.uga.edu/costa_rica/.