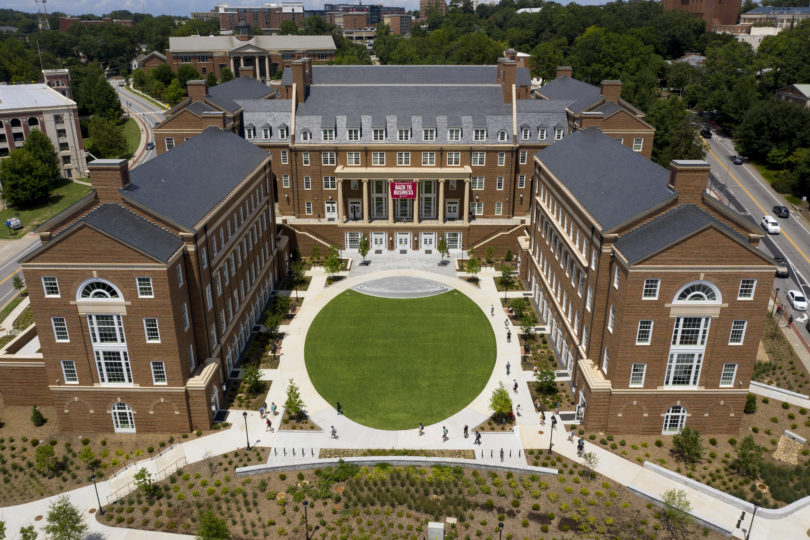 The University of Georgia dedicated the final two buildings of the Business Learning Community in a ceremony on the Coca-Cola Plaza Sept. 6.

The new buildings, Sanford and Barbara Orkin Hall and M. Douglas Ivester Hall, complete the nearly 300,000-square-foot home of the Terry College of Business. Totaling $140 million, the Business Learning Community represents one of the largest capital projects in the history of the University System of Georgia. Construction of the six-building complex — built in three phases over six years — was funded through a 50-50 split of state and private support.

“This project is a great example of how a public-private partnership can invest in the future of our state,” said Gov. Brian Kemp. “Terry College alumni and graduates of the University of Georgia make a positive impact on communities across our state and nation. Our state is better today because of students who have chosen this college and university as the place to start their careers.” 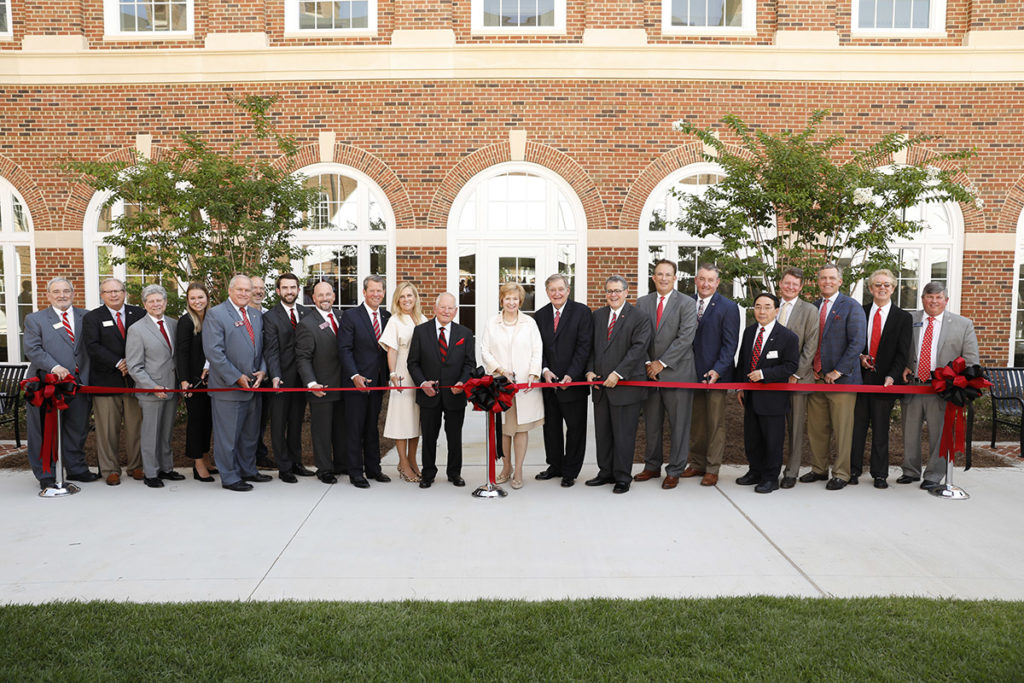 “For more than 100 years, our college of business has served the state and the nation by providing students with a world-class business education. Today, we celebrate the new home of the Terry College and the facilities that will support the teaching, research and service that will produce business leaders and strengthen our economy for the next 100 years,” said UGA President Jere W. Morehead. “Completion of these two final buildings not only extends the Terry College’s state-of-the-art offerings, it also marks the finish of a remarkable transformation of the UGA campus in keeping with the long-standing vision of our university’s master plan.” 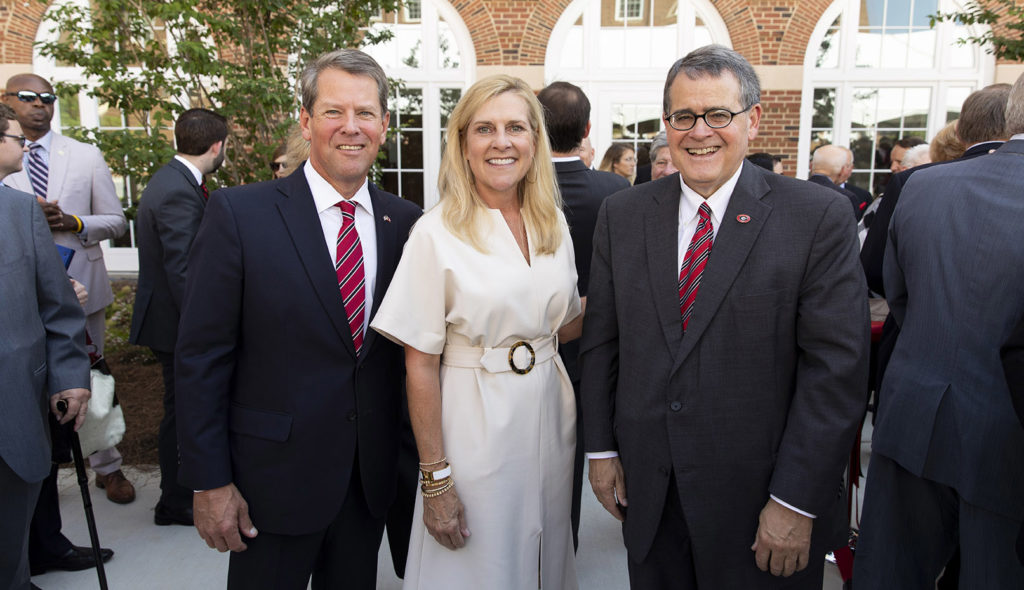 The first building in the Business Learning Community, Correll Hall, opened in 2015. The next phase, which included Amos Hall, Benson Hall and Moore-Rooker Hall, was completed two years later. Ivester Hall and Sanford and Barbara Orkin Hall opened to students this fall.

Alongside Lumpkin Street to the east, Ivester Hall is named for 1969 accounting graduate M. Douglas (Doug) Ivester, the former chairman and CEO of The Coca-Cola Co. It features a 350-seat auditorium that also bears the Ivester name, three undergraduate classrooms, a seminar room and two conference rooms.

Alongside Hull Street to the west, Sanford and Barbara Orkin Hall honors the couple’s longtime support of UGA, including previous gifts to fund need-based scholarships, research and other initiatives. The four-story building includes two auditoriums, four undergraduate classrooms, a behavioral lab, a computer lab for marketing research and the offices for Terry’s Undergraduate Student Services.

Counting students, faculty and staff, more than 9,000 people work and study in the Terry College’s buildings.