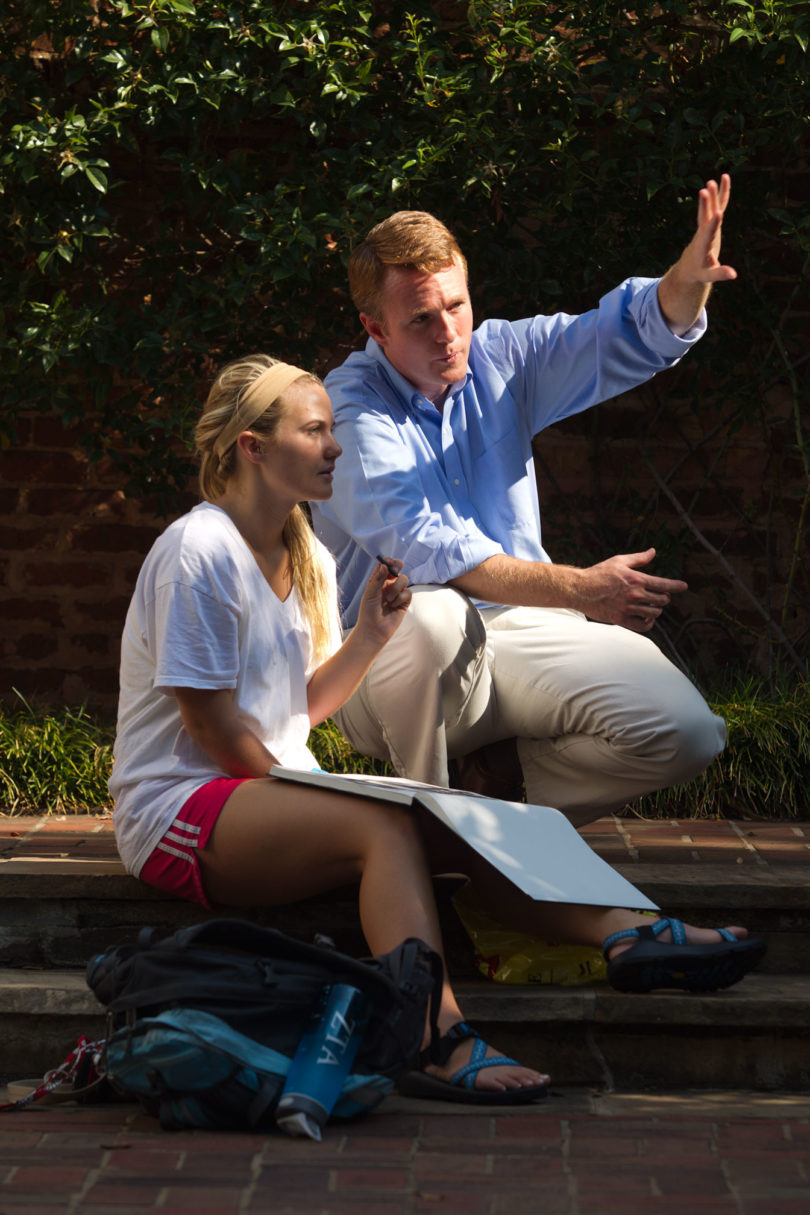 First-year students and seniors generally give very positive evaluations of their educational experience at UGA, according to the results of the latest National Survey of Student Engagement.

Data from the 2011 survey, ­administered last spring, shows that 93 percent of UGA first-year students and 91 percent of seniors rate their entire educational experience at the university as good or excellent. As in previous surveys, a high percentage of UGA seniors (90 percent in 2011) said they would choose UGA again if they were starting their college career over.

The survey, developed by the Indiana University Center for Postsecondary Research, has been in use nationally since 2000 and provides comparative standards for assessing effective educational practices in higher education.

All eligible first-year students and seniors at UGA were invited to participate in the survey last spring and close to 2,000 chose to do so. The survey has previously been administered at UGA in 2003, 2005, 2007 and 2008, providing a basis to compare this year’s results with earlier findings.

“This national survey is one means of assessing the current state of student engagement at UGA,” said Laura Jolly, vice president for instruction. “The data provide a rich source of information for improving the undergraduate experience.”

A campus steering committee, co-chaired by Leslie Gordon, associate director of assessment in the Office of Academic Planning, and Denise Gardner, director of the Office of Institutional Research, spent fall semester analyzing the 2011 data and compiling a report for senior administrators.

The committee found that despite UGA’s continued overall good marks, student responses in some areas show room for improvement. For example, while UGA seniors reported more contact with faculty than their counterparts at other institutions, one of the largest single-item differences between UGA and its peers was in the percent of seniors who reported working on research projects with faculty outside of course or program requirements. In addition, fewer first-year students indicated plans to do so.

The steering committee report suggests that these results should be monitored as the First-Year Odyssey seminars are implemented to determine if early engagement between students and tenured/tenure-track faculty has the expected impact on students’ plans and actual participation in research projects.  The recent expansion of access to programs with UGA’s Center for Undergraduate Research Opportunities is another initiative that addresses this issue.

“It is gratifying to review data through the years that indicates we are doing many things right to increase the rigor and challenge of undergraduate education,” said Provost Jere Morehead. “It is good to know that past and current initiatives have had a positive impact.”