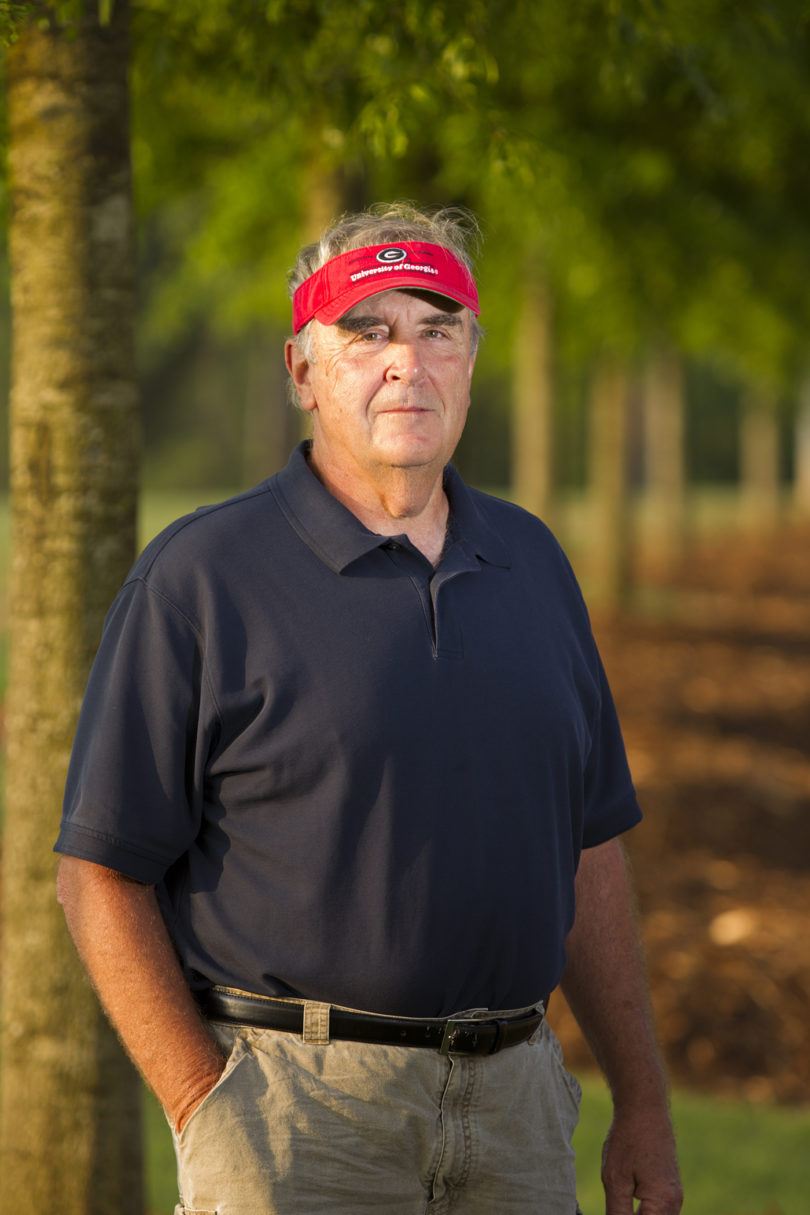 Athens, Ga. – The National Academy of Inventors has named two emeritus University of Georgia faculty members to the 2014 class of NAI Fellows.

Election to NAI Fellow status is a professional distinction accorded to academic inventors who have demonstrated a prolific spirit of innovation in creating or facilitating outstanding inventions that have made a tangible impact on quality of life, economic development and the welfare of society.

“The election of Dirr and Ivarie as NAI Fellows highlights the innovative research conducted at UGA,” said David Lee, UGA vice president for research. “We join NAI in celebrating their contributions to science and society.”

Dirr’s innovative contributions to the horticulture industry are evident in virtually every wholesale nursery and garden center in the U.S., as well as nursery catalogs throughout the world. He is responsible for introducing more than 150 new plants into the horticulture trade, with approximately 50 of them receiving U.S. plant patents. His advancement of the genera of crape myrtle, viburnum, elm, oak, gardenia, loropetalum and distylium has improved these plants and made them more accessible to the gardening public.

His signature contribution is the development of hydrangea cultivars with the ability to bloom multiple times throughout the growing season. This trait, along with increased disease resistance, was fundamental to the surge of hydrangea sales in the U.S. Since the late 1980s, sales have quadrupled, with the vast majority of the increase coming since the release of Dirr’s first hydrangea cultivar.

In 2012, over half of all hydrangeas sold in the U.S. were attributable to Dirr’s cultivars.

“Dr. Dirr’s contributions to education, service and research distinguish him as a singular leader the horticulture industry looks up to for inspiration, innovation and guidance,” said Derek Eberhart, UGA’s director of technology commercialization. “His work over the last 40 years has yielded tremendous economic benefit and contributed to the ‘beauty of life’ across the United States and around the world.”

Dirr has received both the Garden Club of America’s Medal of Honor and the Scott Medal, given annually to an individual or organization that has made an outstanding national contribution to the science and the art of gardening. Dirr was named UGA Inventor of the Year in 2009.

Ivarie’s research produced a portfolio of inventions to genetically engineer chickens as bioreactors for the efficient production of proteins for human therapeutic use. His inventions are now the basis for a platform technology covered by 19 issued U.S. patents and foreign counterparts, along with additional pending patent applications.

“Dr. Ivarie foresaw the advantages of producing therapeutic proteins in avian eggs and undertook the challenge of developing an entire suite of technologies needed for industrial-scale implementation,” Eberhart said.

“His innovations related to transgenic chickens and chicken cell lines, begun in the late 1990s, led to the production of human proteins in high yields, a remarkable feat in biotechnology.”

Ivarie, now retired, used the portfolio of technologies as the basis for the formation of a biotechnology company, which focuses on developing new therapeutics for very rare diseases.

In addition to his many patented inventions, Ivarie has a distinguished track record as a researcher and educator whose academic career spans nearly five decades. He has published more than 90 peer-reviewed manuscripts in areas as diverse as genetics, molecular biology, biochemistry and developmental biology. He served as chair of the UGA genetics department from 2004-2009.

Ivarie is a Fellow of the American Association for the Advancement of Science and was named UGA Inventor of the Year in 2007.