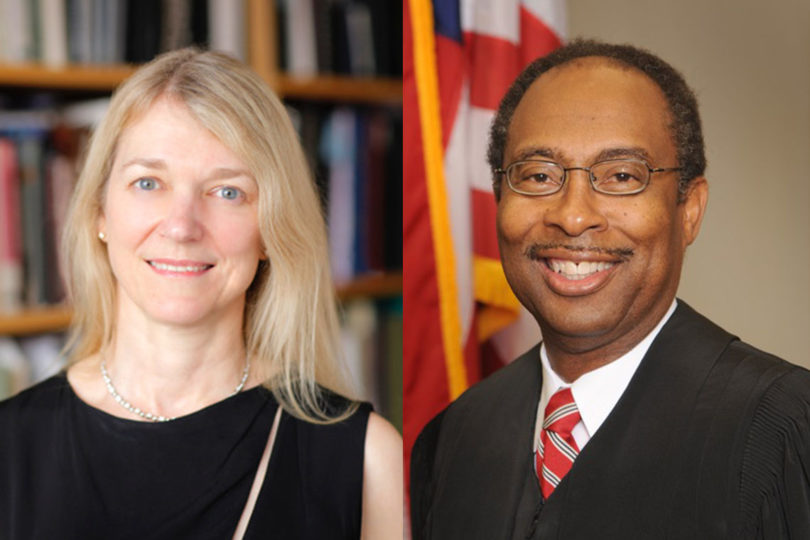 The Honorable Steve C. Jones, United States District Judge of the Northern District of Georgia, will deliver the fall undergraduate Commencement address at the University of Georgia on Dec. 14 in Stegeman Coliseum. The ceremony will begin at 9:30 a.m. with the graduate ceremony to follow at 2:30 p.m.

Internationally recognized neurobiologist and geneticist Dr. Cori Bargmann will deliver the address at the graduate ceremony.

“In addition to being a respected and admired member of the federal judiciary, Judge Jones is a valued member of the Athens community and a loyal alumnus,” said UGA President Jere W. Morehead. “We are honored that he continues to devote so much of his time to advancing this institution, and we look forward to the wise counsel he will share with our graduates at the undergraduate Commencement ceremony.”

Nominated by President Barack Obama to preside over the Northern District Court of Georgia, Jones has served as a district court judge since 2011. In this role, he presides over cases involving the federal government, the U.S. Constitution, federal laws, controversies between citizens of different states and other matters. Jones previously served as a Georgia Superior Court judge, Athens-Clarke County Municipal Court judge, assistant district attorney for the Western Judicial Circuit and director of the Athens Child Support Recovery Unit.

Jones is a member of the executive committee of the University of Georgia Athletic Association board of directors and a trustee of the UGA Foundation, currently serving as secretary. He previously served as president of the UGA Alumni Association. He is a Double Dawg, earning a Bachelor of Business Administration degree in 1978 and a law degree in 1987 from UGA.

Chandler Chittom, who will receive his bachelor’s degree in marketing, is the student speaker for the undergraduate ceremony.

Commencement candidates are allowed six tickets per student for the undergraduate ceremony. Tickets are not required for the graduate exercise.

Bargmann, a UGA alumna, is the Torsten N. Wiesel Professor at Rockefeller University and director of the Lulu and Anthony Wang Laboratory of Neural Circuits and Behavior. In 2016, she joined the Chan Zuckerberg Initiative as its first president of science, a role in which she oversees the development and execution of the scientific work of the initiative, which focuses on supporting basic biomedical research and supporting education through personalized learning.

“Dr. Bargmann is a world-renowned researcher and scientific leader who is helping to shape the future of the life sciences,” Morehead said. “As a former undergraduate researcher at UGA, she exemplifies the talent and drive of students at this university. We are proud to welcome her back to campus to speak to our graduates.”

Bargmann is a member of the National Academy of Sciences and the American Philosophical Society. Her additional honors include the Kemali International Prize for Basic and Clinical Neuroscience, the Breakthrough Prize in Life Sciences and the Benjamin Franklin Medal in Life Sciences. She co-chaired the National Institutes of Health committee that provided direction for the national Brain Research through Advancing Innovative Neurotechnologies (BRAIN) initiative to find new ways treat, cure and prevent brain disorders such as Alzheimer’s disease and epilepsy.

She earned her bachelor’s degree in biochemistry from UGA in 1981 and her Ph.D. in biology from the Massachusetts Institute of Technology in 1987.