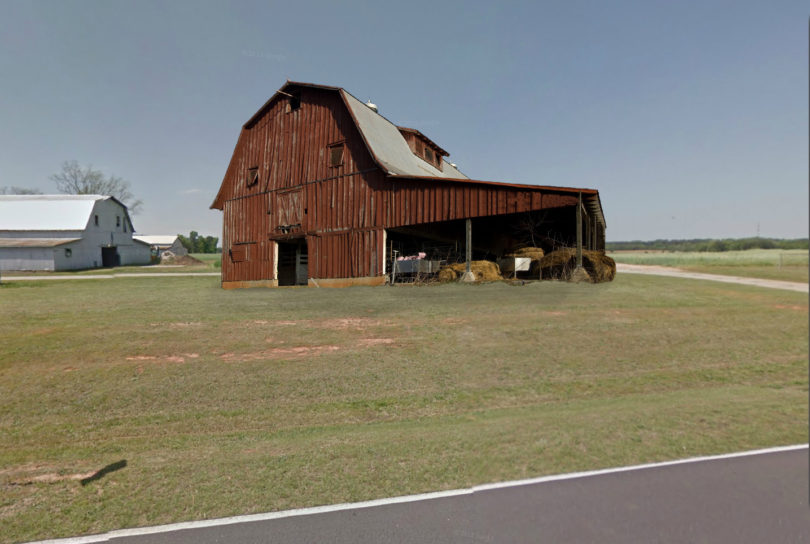 Athens, Ga. – A longtime Athens-area family is bringing new life to an iconic piece of University of Georgia history. The Red Barn, located on South Milledge Avenue, will soon have a new home on Tony Townley’s farm in Oconee County, pending approval from the Board of Regents of the University System of Georgia.

Townley, the executive vice president of casual dining restaurant Zaxby’s, is planning to move the building to land he purchased from the university this year. His history with the property—formerly known as the UGA Plant Sciences Farm—goes back to a time before UGA scientists conducted crop research on its acreage: Land on the far westerly side of the farm was once owned by his great-grandfather.

“I just think the Red Barn will be neat out here on the farm that the university once owned,” he said. “It is such an iconic red barn, probably one of the older barns in this part of the state still intact.”

Townley plans to have the barn relocated and ready for use within six months from the time he receives formal permission from the Board of Regents to remove the Red Barn from its current location on the UGA campus.

This will not be the first move for the Red Barn, which has been at its current location since 1997. Previously, the 11,616-square-foot wood-framed structure stood on College Station Road near what are now the UGA intramural fields. Built around 1915, the barn was first used by the university in 1928 to house horses and mules.

After the university relocated the barn to its current South Milledge Avenue location, several plans for the two-story building never came to fruition as the costs for its renovation and ongoing maintenance proved prohibitive. Finally, in 2009, weather damage to the unused barn sent UGA looking for new solutions for the building. The university conducted a bid process to identify a party who would remove the barn and rebuild the structure. This process resulted in a successful agreement with Townley.

Townley is looking forward to the move. “It will be exciting to get this preservation project underway,” he said, explaining that he hopes the building will be referred to as the University’s Red Barn.