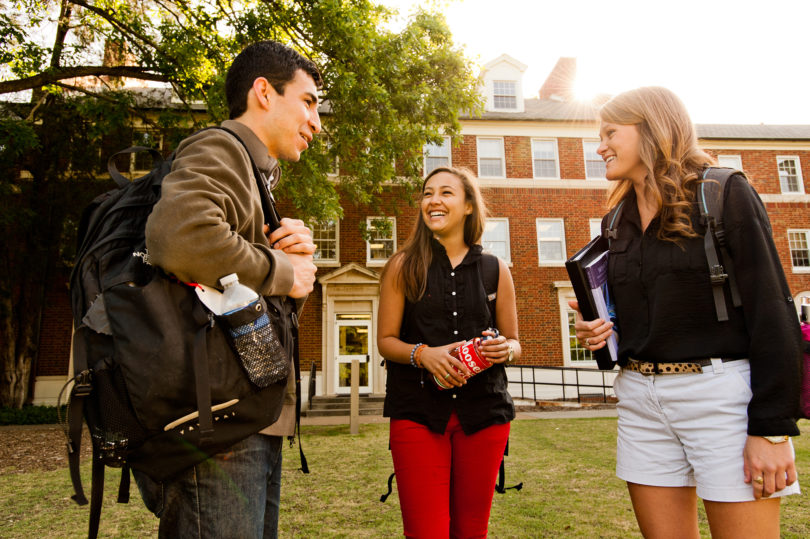 Athens, Ga. – The University of Georgia will open its doors this fall to a first-year class that has broken the high ceiling on academic criteria set by previous classes. The 2014 class begins UGA with the highest average GPA to date-3.9 on a 4.0 scale-in the most challenging courses. They also have earned the highest test scores for entering freshmen and continue the upward trajectory in the academic qualifications of students at the nation’s first state-chartered university.

The entering freshman class has set records for academic criteria, attaining an average GPA of 3.9. The mid-50 percentile GPA range is 3.79-4.06. Additionally, this class has the highest SAT average in UGA history with combined mean critical reading and math scores of 1289 plus an average writing score of 624, for a total of 1913 on the 2400 scale-16 points higher than last year’s incoming class. The mid-50 percentile of the class scored between 1840-2110. This year’s mean score for students who took the ACT was 29, with a mid-50 percentile range of 27-31.

The Honors Program will enroll 525 new students in the first-year class who have accomplished an average high school GPA of 4.09. Incoming Honors students have an average SAT score of 1465 or an average ACT score of 33.

The rigor of students’ high school curriculum continues to be a key factor in admissions decisions, with some 95 percent of the students having enrolled in College Board Advanced Placement or International Baccalaureate classes while in high school. Many students earned enough credits to be classified as sophomores and several as juniors during their first term of enrollment. Thirteen percent of students dually enrolled in college while attending high school.

“Our incoming first-year students have broken records across multiple areas and represent the strongest academic class by all standards,” said Nancy McDuff, associate vice president for admissions and enrollment management. “We are pleased that these students chose to come to UGA, as most have multiple options for college. Not only do they have the highest grades and test scores, but they also have faced the most rigorous high school curriculum of any prior class. This is a strong predictor that our retention and graduation rates, which are already among the highest in the country, will improve over the long run. More than 94 percent of students return for their second year at UGA, while more than 83 percent of UGA students graduate within six years.”

UGA received a record number of 21,300 applications for fall 2014 admission, with an admittance rate of 54 percent of all applicants. Since 2003, the number of freshman applications has increased by almost 80 percent. UGA anticipates that approximately 5,285 first-year students-slightly more than the target class size of 5,200-and around 1,400 transfer students will begin classes on Aug. 18.

The university continued to strengthen ties throughout the state, with students coming from over half of the nearly 800 Georgia high schools and 140 of the 159 counties, up from 137 counties in 2013. Of all Georgia high school students graduating in spring 2014, one in 21 will enroll at UGA next week. About 13 percent of the class comes from other states and countries, with the top feeder states outside of Georgia being North Carolina, Texas, Florida, Virginia, Tennessee, Maryland, South Carolina, New York, New Jersey and Pennsylvania.