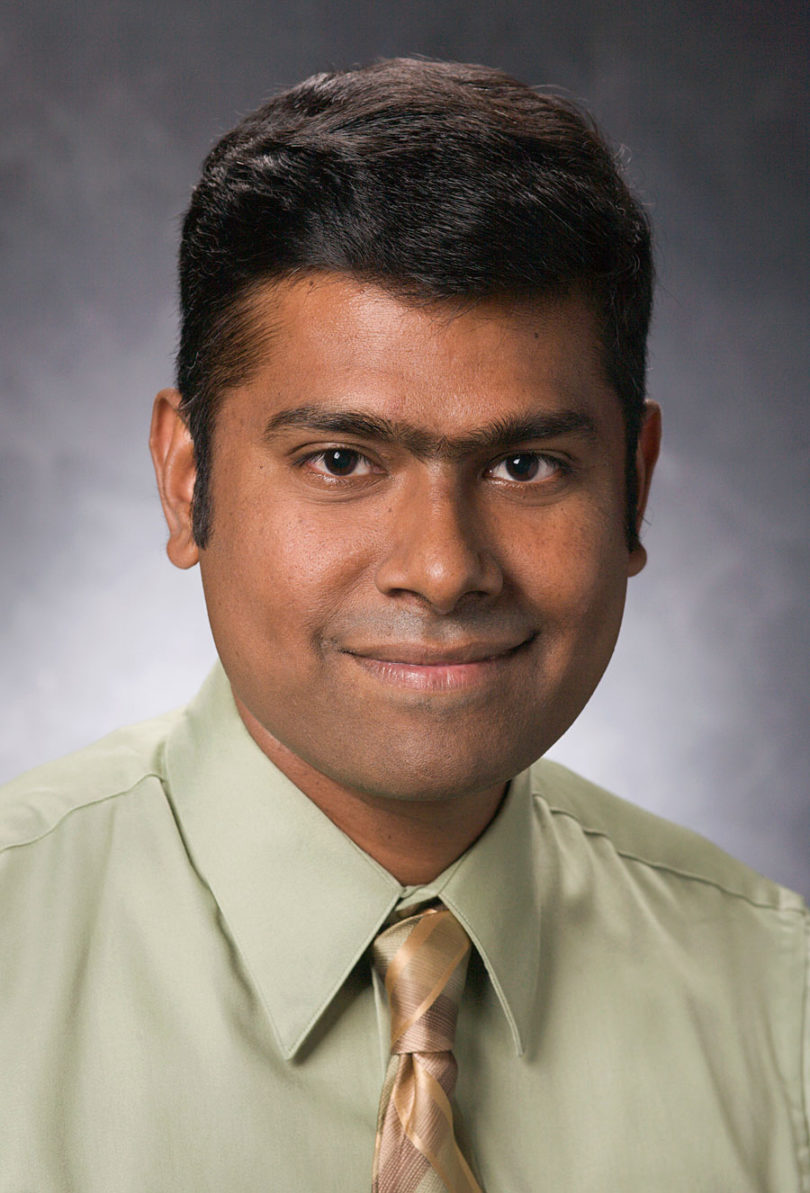 The coalition selects scientists engaged in the most promising areas of cancer research. The four new UGA scholars will receive a total of $1.5 million over the next five years. UGA now has a total of 18 active Distinguished Cancer Scholars.

“The support of the Georgia Cancer Coalition has helped the UGA Cancer Center grow significantly since its founding in 2004,” said Michael Pierce, Mudter Professor of Cancer Research and director of the UGA Cancer Center. “Having four new GCC scholars named in a single year certainly reflects well on the quality of the research in which our faculty members are engaged.”

Dobbin comes to UGA from the National Cancer Institute. His research focuses on modifying traditional statistical study design and analysis methods to accelerate the rate at which laboratory findings are translated into clinical tools that can be used to improve patient outcomes.

Kannan’s research focuses on mutations that are associated with the abnormal functioning of protein kinases, a large family of proteins that switch the “on” and “off” signals required for cell growth and differentiation. These mutations are involved in several human cancers, and a better understanding of them has the potential to lead to new treatments.

Murph is working to better understand a cellular signaling pathway known as the lysophosphatidic acid pathway that is involved in the progression of specific types of cancer. Drugs are under development targeting this pathway, and her research also aims to reveal their mechanisms of action to determine potential side effects before clinical trials and to maximize the likelihood of safe development.

Wang’s research focuses on the impact of environmental toxins on the formation of liver and esophageal cancers. He’s also a world leader in exploring the role natural products and dietary supplements may play in preventing cancer in high-risk populations.

Begun in 2001, the Georgia Cancer Coalition’s Distinguished Cancer Clinicians and Scientists program is an investment in Georgia’s future as a national leader in cancer control. The scholars’ history of grants, publications and patents as well as their potential for attracting future funding are considered. In fiscal year 2008, Georgia Cancer Coalition Distinguished Scholars were responsible for securing $47 million in privately and federally funded research grants for the state of Georgia; over the program’s eight-year history, scholars have generated more than $200 million in funding.

Scholar selection is based on how the applicant’s research relates to the goals of the coalition, the research priorities of the National Cancer Institute and the strategic plan of the sponsoring institution.

“The National Cancer Institute has identified areas of discovery that hold promise for making significant progress against all cancers,” said Bill Todd, president and chief executive officer of GCC. “The Distinguished Cancer Clinicians and Scientists program is the cornerstone of the Georgia Cancer Coalition’s efforts to advance scientific discovery into the prevention, treatment, causes and cures of cancer. These scientists and clinicians play an important role in positioning Georgia as a national leader in cancer research.”