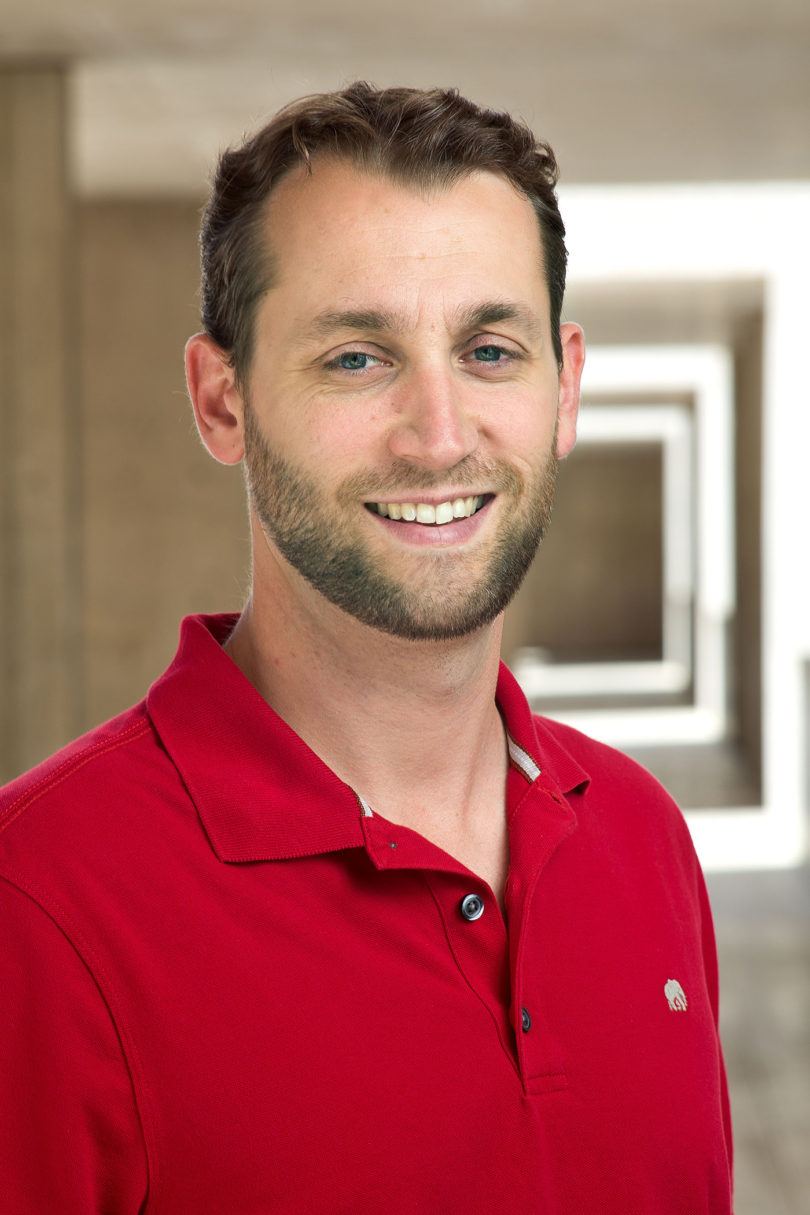 Athens, Ga. – University of Georgia researcher Robert Schmitz was recently selected by the journal Cell as one of 40 most accomplished young scientists under the age of 40 who are shaping current and future trends in biology.

The featured researchers were chosen by the journal’s editorial board from a pool of international nominees to commemorate Cell’s 40th anniversary.

“It’s very exciting to be recognized by such a prestigious organization so early in my career,” said Schmitz, an assistant professor of genetics in the Franklin College of Arts and Sciences. “I hope we can use this recognition as a springboard to bolster the momentum in building our research program.”

Schmitz’s research focuses on plant epigenetics. His laboratory is particularly interested in exploring a phenomenon known as DNA methylation and how this process affects the expression of traits of plants used in both agriculture and basic research.

DNA methylation is a kind of signal that cells use to turn specific genes off. A plant may, for example, inherit genes from its parents that make it more drought-tolerant or able to produce more fruit, but because these segments of DNA have undergone methylation, the potentially advantageous genes are switched off.

Schmitz takes advantage of advances in sequencing technology to map the genome of different plants and identify which segments of DNA have undergone methylation. His laboratory may then explore ways to reverse the methylation process and observe the effects on the plant.

“In any given plant, reversing methylation randomly throughout the genome may have a positive or negative effect, or it may have no observable effect at all,” Schmitz said. “But we know that some of the diversity in plants that we see in nature is controlled by DNA methylation, and we want to figure out how we can alter the methylation status of these genes to develop agriculturally beneficial traits.”

Many different plant genomes have recently been fully sequenced, allowing researchers to see every single segment of a plant’s genetic code. Schmitz and his colleagues can leverage these new genetic roadmaps to speed their own research into DNA methylation.

“I was really excited to come here because of the major plant genomes that come out of UGA,” he said. “I can’t think of any school that has assembled and published more plant genomes, and these will be extremely helpful in my own research.”

“It’s like a playground for us,” he said. “We know what we’re good at and we know what other researchers at this campus are good at, so we combine those strengths to create stronger, more innovative research.”

Schmitz received his bachelor’s degree from the University of Arizona in 2002 and his doctorate in genetics from the University of Wisconsin-Madison in 2007. He began work as a postdoctoral fellow in 2008 at the Salk Institute for Biological Studies in La Jolla, California, and he joined UGA in September 2013.

In addition to his recognition from Cell, Schmitz received a Young Investigator Award from Genome Technology in 2012; a Pathway to Independence Award and a Ruth L. Kirschenstein National Research Service Award, both from the National Institutes of Health.