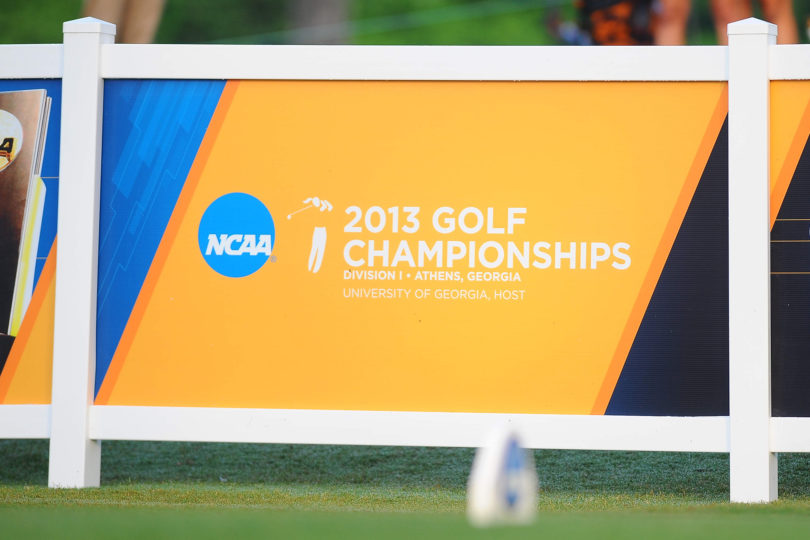 Athens, Ga. – The University of Georgia Golf Course has been regarded as one of the best championship venues in the country based on accommodations, amenities and overall atmosphere due to its hosting of the 2013 NCAA Women’s Championship.

In 14 years of attending national championships, Golfweek.com’s Lance Ringler ranked the UGA Golf Course at No. 2 overall. Helping to push the ranking near the top was the setup, amenities, proximity and view from the media room at the Boyd Golf Center, which Ringler described as the best he had ever experienced.

According to Ringler’s recent Golfweek.com article, “Experience can mean a lot, and, in this case, the University of Georgia Golf Course is no rookie, having had many repetitions to make sure the execution of a quality golf tournament is met.”

The golf course has hosted the NCAA Championships previously in 1971, 1981, 1983 and 1993. This year, 30 teams from across the country were represented and participated in the Division I National Championship.

The course was tournament-ready due in part to the Stadion Classic at UGA, a Web.com Tour event that occurred just two weeks before the NCAA championship. Because of the preparation for the Stadion Classic, prior hosting of the event and partnership with UGA Athletics, the UGA Golf Course was well equipped to handle the needs of tournament staff, players and guests, Ringler said.

Also helping the high ranking was the condition of the golf course and a championship vibe throughout the venue, he said.

This is the third recent ranking for the UGA Golf Course, which ranked sixth in the state in Golfweek’s Best Courses You Can Play and eighth in LINKS Magazine Top 10 College Courses.

UGA Golf Course
Operated by the UGA Division of Auxiliary Services, the UGA Golf Course with a par 71 Robert Trent Jones layout is regarded as one of the best university courses in the U.S. and is ranked as one of the top 10 courses in Georgia. The facility hosts numerous collegiate and professional competitions throughout the year. For information, see www.golfcourse.uga.edu.