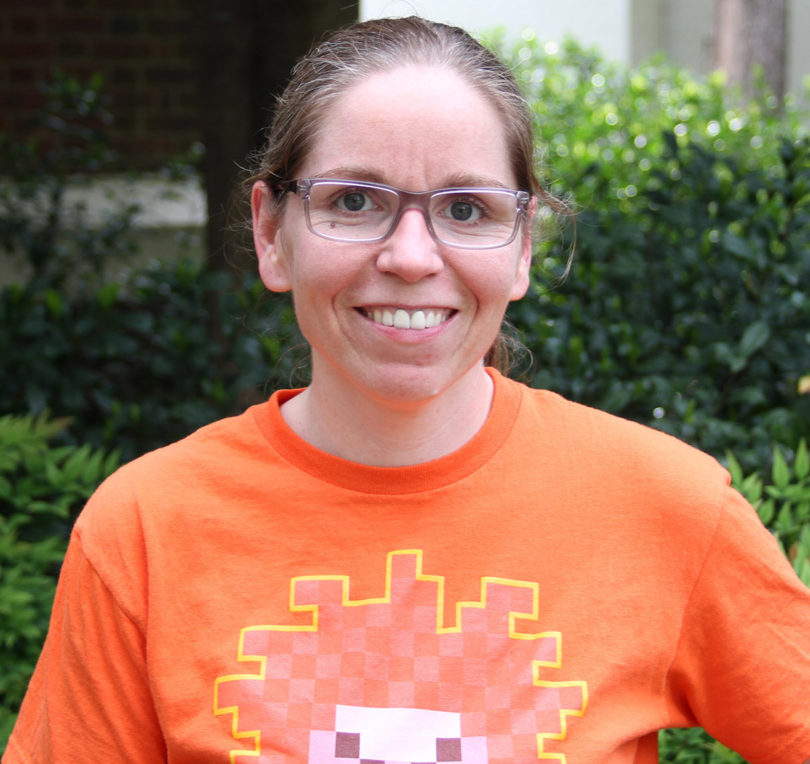 Borg was a computer scientist who devoted her life to revolutionizing perceptions of technology and dismantling barriers that keep women and minorities from entering computing and technology fields. The Google scholarship-worth $10,000 for the 2013-14 academic year-also encourages women to become active role models and leaders in these fields.

UGA’s Rouan, a master’s degree student in the Franklin College of Arts and Science’s department of computer science, also was selected for the 2013 Google Student Veterans of America Scholarship. Recipients of Google scholarships can accept only one of the awards.

“I’m very excited to have won both scholarships, but as a woman in tech I identify with Anita Borg and her impact on our field,” Rouan said. “And, so, being part of that memory is an important part of my own life philosophy.”

Rouan served in the U.S. Air Force from 2004-2008 and worked in network intelligence. She attended UGA on the GI Bill, and, after completing her bachelor’s degree in computer science in 2012, she joined the master’s program in the fall of 2012.

Through her expertise with CUDA, a parallel computing platform and programming model invented by the NVIDIA Corporation, Rouan is conducting research on developing parallel algorithms for solving problems that model water waves and optical fiber communications systems. She manages the UGA CUDA Teaching Center, funded by NVIDIA, and has presented three workshops on teaching CUDA for the university community since April 2012.

“I teach what I research, which makes connecting to the two that much easier,” she said. “Our work is focused on trying to solve problems in physics, biology, artificial intelligence… any context where scientific computing is required.”

Rouan will join other awardees of seven other Google-sponsored scholarship programs at the Google Scholars’ Retreat in New York City in July.

“Jennifer is an excellent, motivated student, and she has done a great job in managing the UGA CUDA Training Center,” said Thiab Taha, who is a professor of computer science, director of the CUDA Teaching Center and Rouan’s adviser. “These are highly competitive, prestigious scholarships, and we are proud of her impressive achievements.”