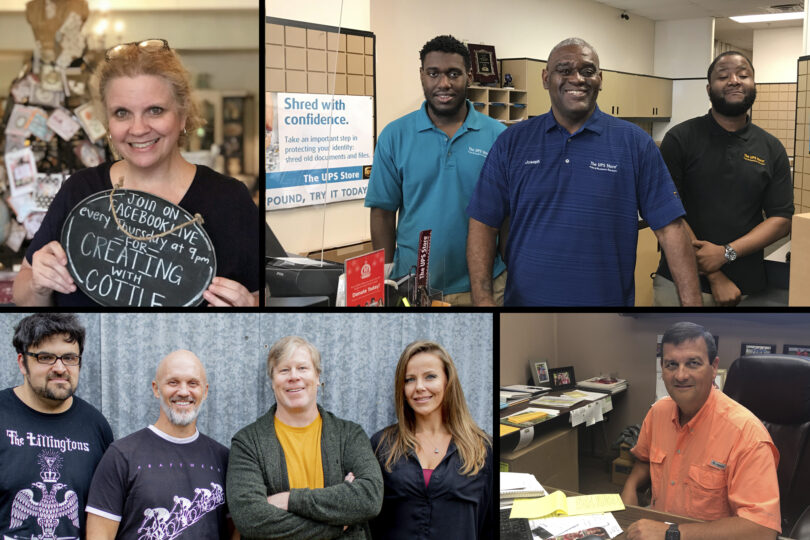 The SBDC has helped guide several businesses through turbulent times

From Hiawassee to Hahira, Hatcher to Hinesville and points between, the University of Georgia has helped thousands of small businesses in Georgia stay afloat during the pandemic.

Consultants in the 17 regional offices of the UGA Small Business Development Center helped 3,309 small businesses secure $88 million in grants and loans through the federal Coronavirus, Aid, Relief, and Economic Security Act from March through August. 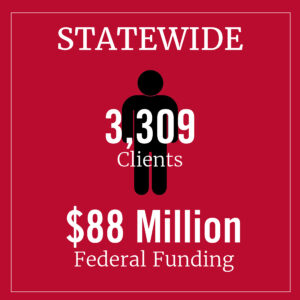 During the same six-month span UGA SBDC consultants heard from thousands more who were seeking information but not direct assistance in applying for funding. Many tuned in to SDBC-hosted webinars about the CARES Act funding or spoke by phone with an SBDC consultant.

CARES Act funding helped businesses continue to cover their payroll and essential costs during the state-mandated shelter-in-place. Others were approved for loans to provide relief for lost revenue.

“We needed the help,” said David Peeler, vice president and CFO of Peerless Manufacturing in southwest Georgia, an area hit hard by COVID-19. “We probably would not have survived had we not gotten it.”

With SBDC assistance, Peeler got a Payroll Protection Plan loan through the CARES Act, which enabled him to rehire the 40 employees he had to lay off.

“Georgia’s small businesses were hungry for any information about accessing federal assistance,” said UGA SBDC Director Allan Adams. “We made efforts to reach every small business in the state to make them aware of the federal support and our other services.”

“The ones we helped were those most in need of assistance,” Adams said.

Joseph Malbrough’s UPS store in Smyrna was considered an essential business so he was able to stay open when most others were forced to close. However, foot traffic slowed significantly and Malbrough had to cut the store’s hours.

He applied for loans through the CARES Act, but had no success until he reached out to consultant Antonio Barrios at the UGA SBDC office in Cobb County.

“He was able to help me walk through the process and reach out to the SBA (federal Small Business Administration) to get an update as to whether or not they had my loan package, where it was in the process and what to expect,” Malbrough said. “The funds helped me stabilize and I was able to work with my landlord to get a deferment during that time as well.”

Nelson Wells also hit a wall when applying for funds until he reached out to the UGA SBDC office in Athens. His company, Team Clermont, promotes musicians and musical releases, so when the clubs and bars closed, so did Wells’ business.

He reached out to the big banks with whom he had previously worked, but found no success. Laura Katz, a consultant in the Athens UGA SBDC office, suggested trying a local bank.

“Sometimes if you go to a local community bank, they have a better understanding of the needs of their hometown businesses,” Katz said.

First American Bank & Trust, with its headquarters in Athens, came through for Wells with enough money for him to cover payroll, utilities and rent for 10 weeks, giving the business time to get its feet back on the ground.

“We would’ve had a very difficult time without it,” Wells said. “I honestly don’t know what we would’ve done.”

Down in St. Mary’s, Deborah Cottle wasn’t looking for financial help, she just wanted to continue selling during the shelter-in-place. Since her eclectic shop, Cottle & Gunn, already had a significant online following through Facebook and Instagram, SBDC consultant Jordan Tippett suggested she begin selling online as well.

Over the years, Tippett had worked with Cottle on ways to improve the business, from implementing QuickBooks software to keep her bookkeeping in order to helping her navigate the intricacies of buying out her partner and becoming a sole proprietor in 2016.

After pivoting to online sales, Cottle saw her sales double and then triple during the pandemic. People were buying her wares—reclaimed vintage furniture, housewares, local crafts and more—online and receiving them by mail or picking them up from the store’s front porch.

“Oh my gosh, I recommend the UGA SBDC to everybody,” Cottle said. “I think that people would be crazy if they didn’t utilize the services of the SBDC, because they’re invaluable. Especially with no cost to me, it’s great to have that business mentor that’s there to just bounce things off of sometimes.”