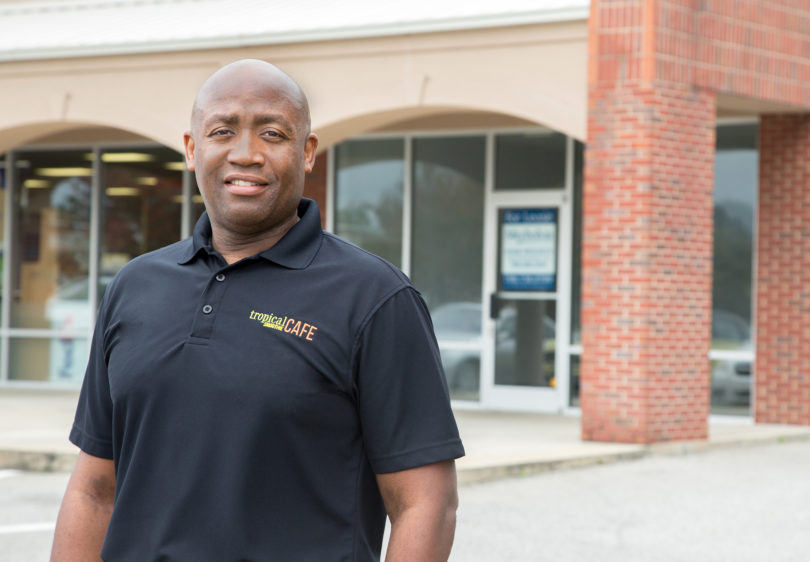 Athens, Ga. — Military veterans across the state are starting new careers in the private sector, thanks to a course offered through the University of Georgia Small Business Development Center.

Boots to Business, a nationwide program now offered in Georgia through UGA SBDC offices located near military bases, is a two-day course that introduces active military leaving the armed forces to entrepreneurship as a post-military career. More than 900 members of the military have taken the course since it was first offered by the SBDC, a unit of the UGA Office of Public Service and Outreach, in late 2013.

Reginald Foster, a 25-year Army veteran, is in the process of opening a Tropical Smoothie franchise in Augusta. Foster took the two-day course at Fort Gordon in Augusta and enlisted the SBDC’s help to launch the business.

“(SBDC consultant Eric Frickey) really helped me a lot as far as putting in the financials, the income statements, putting in projections,” Foster said. “I started working with him a year ago. We’ve developed a relationship over time. He’s been very helpful as far as pointing me in the right directions.”

Businesses owned by veterans in Georgia employed nearly 172,000 people and accounted for more than $57 million in sales in the state in 2012, according to the U.S. Census Bureau.

“The discipline, the focus on mission, those (skills) are so transferable to the entrepreneurial environment,” said Columbus SBDC area director Mark Lupo, who helps teach the course at Fort Benning. “The mindset is different for those individuals versus someone working in a corporate job getting paid a salary.”

Boots to Business helped Luis Fontanez, a 23-year Army veteran in Columbus, Ga., start his own window covering franchise with Budget Blinds. Fontanez took the course at Fort Benning in 2014, not expecting to end up with his own franchise.

“You start looking for information and the online search is big. You get lost,” Fontanez said. “It’s a huge place to try to gather information. The Boots to Business program may help you narrow some things down. … Things are getting better every month. I like it. I work when I want to.”

Boots to Business is taught four times each year at military bases around the state. The program was developed in 2013 by the Small Business Administration and Syracuse University’s Institute for Veterans and Military Families.

The UGA SBDC has offices in 17 locations around the state. To find a center, see www.georgiasbdc.org.