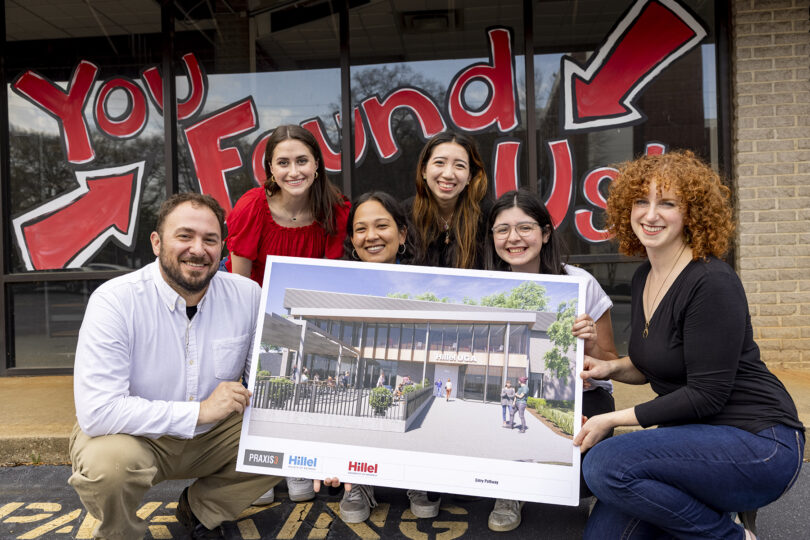 The Baxter Street Bookstore will soon be a student hub once again.

On April 24 at 11 a.m., Hillels of Georgia will be breaking ground on the new UGA Hillel Center. The center will provide a Jewish space much closer to UGA campus as well as 9,000 additional square feet for programming, fellowship and community development.

“Our mission is to help create vibrant Jewish life on campus for our students, to help them develop their Jewish identities and to continue their Jewish journeys through a variety of programs and activities,” said Elliot B. Karp, CEO of Hillels of Georgia.

Hillel is an international organization of Jewish students on more than 600 college campuses around the world. Whether through a physical gathering space or a sense of community, Hillel allows Jewish students to find other students of their faith at their university and connect through events, religious services and student fellowship.

Hillels of Georgia oversees the operations and fundraising for the two dozen Hillel groups across Georgia universities, including here at the University of Georgia.

“It became very apparent to our staff, students and leadership that our house was no longer adequate for the size of the Jewish student population on campus,” Karp said.

“Hillel provides an area for Jewish students to feel proud of their Judaism while going on their own Jewish journey,” said Jeremy Lichtig, director of UGA Hillel. 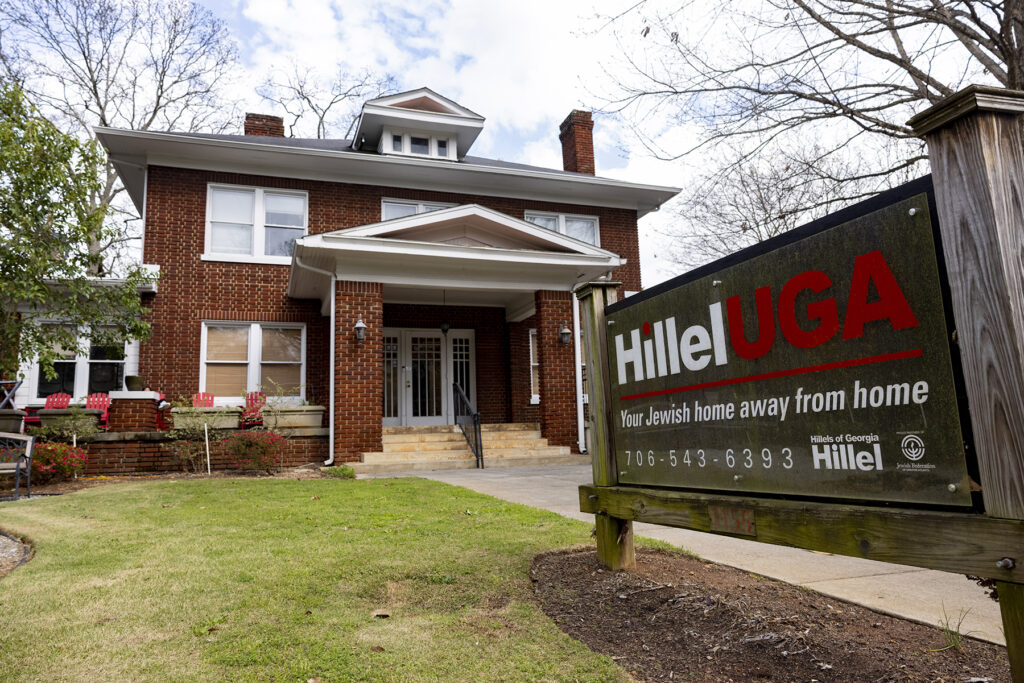 The current Hillel House is located at the end of Milledge Avenue, close to the Five Points neighborhoods. (Photo by Dorothy Kozlowski/UGA)

The current Hillel House is located at the end of Milledge Avenue, close to the Five Points neighborhoods. UGA Hillel has occupied and maintained this location for more than 60 years, but they have since outgrown the space in the historical home.

“We are going from a little under 2,500 square feet to a little under 11,000 square feet,” Karp said. “Just as important as the size of the facility is the fact that we are directly across the street from the freshmen housing dormitories. If you had to pick a location to build a Hillel Center, being right across the street from where the freshmen are concentrated couldn’t be better.”

Lichtig is one of the four full-time staff members who operate Hillel on the University of Georgia campus. While the staff oversees the day-to-day operations and budget, many of the programs, services and events are student led.

“While Hillel has set objectives we really try to tailor to the individual student,” said Lichtig. “A big part of Judaism is community. Hillel affords our students the opportunity to create and participate in the Jewish community on campus.”

Hillel houses and groups across the country use large student bases to organize student boards who are able to decide the best ways to use Hillel resources to their benefit.

“While we have professional staff that are part of our Hillels of Georgia team, we work to engage and empower students to take responsibility and ownership with the programs and activities that they are interested in,” Karp explained.

One of these students is Jacob Katz, a third-year finance and MIS major and chair of the Greek Life Committee at Hillel.

“[Hillel] has really empowered the students who are a part of it and on their boards to put on whatever events we want. They are so open to anything, and I think it helps build a stronger Jewish community on campus,” he said.

Katz, who is involved with the Jewish fraternity Tau Epsilon Phi, said his college experience wouldn’t be the same without Hillel.

“I went to a Jewish high school, a private school, and I was involved in a few different Jewish organizations back home,” he said. “I think coming from a Jewish background in Atlanta, and coming to a big university, Hillel provided that small, family community atmosphere and it makes it feel a little bit more like home.”

For some students, Hillel provides a Jewish community that they haven’t been able to find before.

Ashley Goldberg, a second-year elementary education major, comes from a South Georgia community that didn’t have strong Jewish representation. She and her family were excited for the opportunity to find a Jewish community when she went to college.

“It feels new to be around a lot of Jews who are happy to be Jewish, and we share a culture and an identity,” she said. “What I like about Judaism is it’s a diverse religion, and we put internal differences aside for Jewish pride and come together for stewardship and major holidays.”

Goldberg was contacted by the Hillel staff during her freshman year, and she met for coffee with other Jewish freshmen and learned about what Hillel does. From there, she became very involved with Hillel, becoming co-chair of the Greek Life Board with Katz her second year.

Alifeld says that the new location will make it easier for more students to be involved in Hillel, as he often had to take an Uber or get a ride to Friday night Shabbat because of limited bus access during his first year. The Baxter Street Bookstore is just steps away and there is ample parking.

The new building, located at 360 Baxter St., was purchased in the initial stages of the Hillels of Georgia capital campaign, which aims to raise $8 million for the UGA Hillel expansion project. The campaign has raised $6.4 million toward their goal so far.

“We are really, really fortunate that we have a strong, dedicated, committed base of donors, including alumni and alumni family and parents,” said Karp, “but also, lots of people in the Jewish community in Georgia who may not have an affiliation or association with a particular campus but believe in the mission of Hillel.”

The building and renovation will provide a much larger kitchen space to prepare Shabbat dinners, conference rooms for community events, open spaces for Jewish and non-Jewish students alike to gather and a large visible presence for the Jewish community.

“It’s important to let our non-Jewish friends know that we have a vibrant Jewish community here, and the new building will help people appreciate Judaism more,” Goldberg said.

The groundbreaking event is open to the public and will include remarks from Karp, Lichtig, UGA President Jere W. Morehead and other Hillels of Georgia supporters.

For more information about the expansion and development project, or to donate to the capital campaign, please visit the UGA Hillel Capital Campaign website.