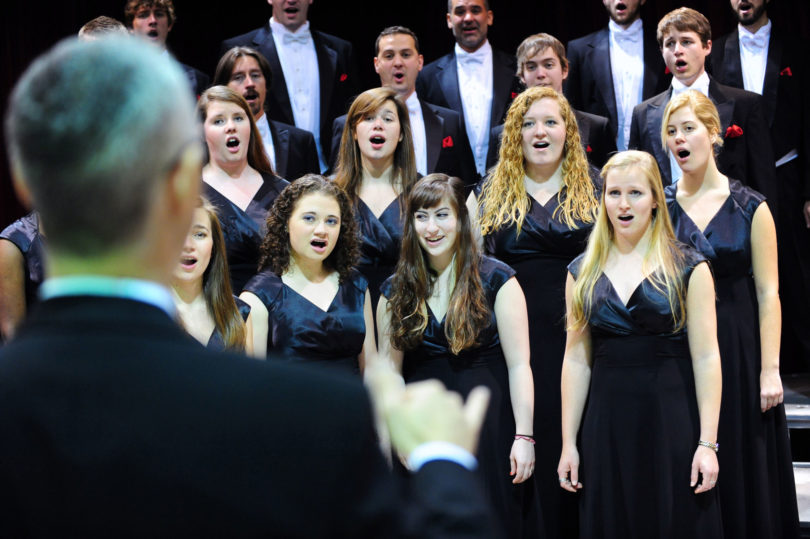 The Hodgson Singers will perform.

The UGA Hodgson Singers will delve into the enigma of mortality in their final performance of the year on April 19 at 8 p.m. in Hodgson Hall. The cost to attend the concert, “Changing Perceptions: The Mysteries and Wonders of Life’s Passage,” is $10, $5 with UGA student ID.

“While on the surface such a program might sound macabre, a lot of Requiem texts are quite hopeful,” said Daniel Bara, director of the Hodgson Singers and a professor at the Hugh Hodgson School of Music. “So much of their subject matter is about granting rest to the deceased, and the New Testament notion that it isn’t simply darkness that lies beyond this life, but something wonderful.”

After a rousing prelude by Atlanta-based composer Ola Gjeilo, the performance will focus on sacred music-J.S. Bach’s hopeful cantata Gottes zeit ist die allerbeste zeit (“God’s time is the very best time”) and Ildebrando Pizzetti’s Messa di Requiem-before turning to a series of more introspective secular compositions, each bringing a unique perspective to the subject of death through poetry.