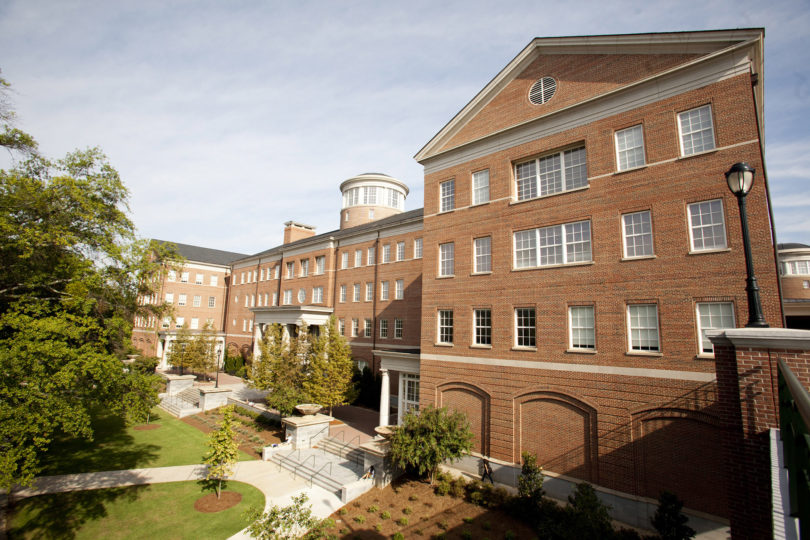 Athens, Ga. – The University of Georgia has been ranked No. 10 on Kiplinger’s Personal Finance list of 100 best values among public colleges and universities for 2015.

UGA climbed to the tenth position last year based on improved test scores and a more-competitive admission rate and held its place in the top 10 this year, with Kiplinger noting UGA’s high admissions yield and low average student debt at graduation.

“Just over half of applicants are offered admission, and nearly half of the students who are accepted choose to enroll (one of the highest yields in our top 10),” Kiplinger wrote in the ranking announcement.

The HOPE Scholarship also played a role in the rankings. “Georgia residents with excellent academic high school records can qualify for the HOPE Scholarship. Fewer than half of UGA students take out loans-and at $20,254, the average debt at graduation is about $5,350 less than the national average for four-year public schools,” according to Kiplinger.

Kiplinger’s rankings factor in admission rate, the percentage of students who return for sophomore year, the student-faculty ratio and the four-year graduation rate. Cost criteria include sticker prices, financial aid and average debt at graduation.

“I am pleased that the University of Georgia is being recognized again among the nation’s leaders in providing an exceptional education at an affordable cost,” said President Jere W. Morehead.

The Kiplinger rankings are available online at www.kiplinger.com. The rankings will also appear in the February 2015 issue of Kiplinger’s Personal Finance, on newsstands Jan. 6.