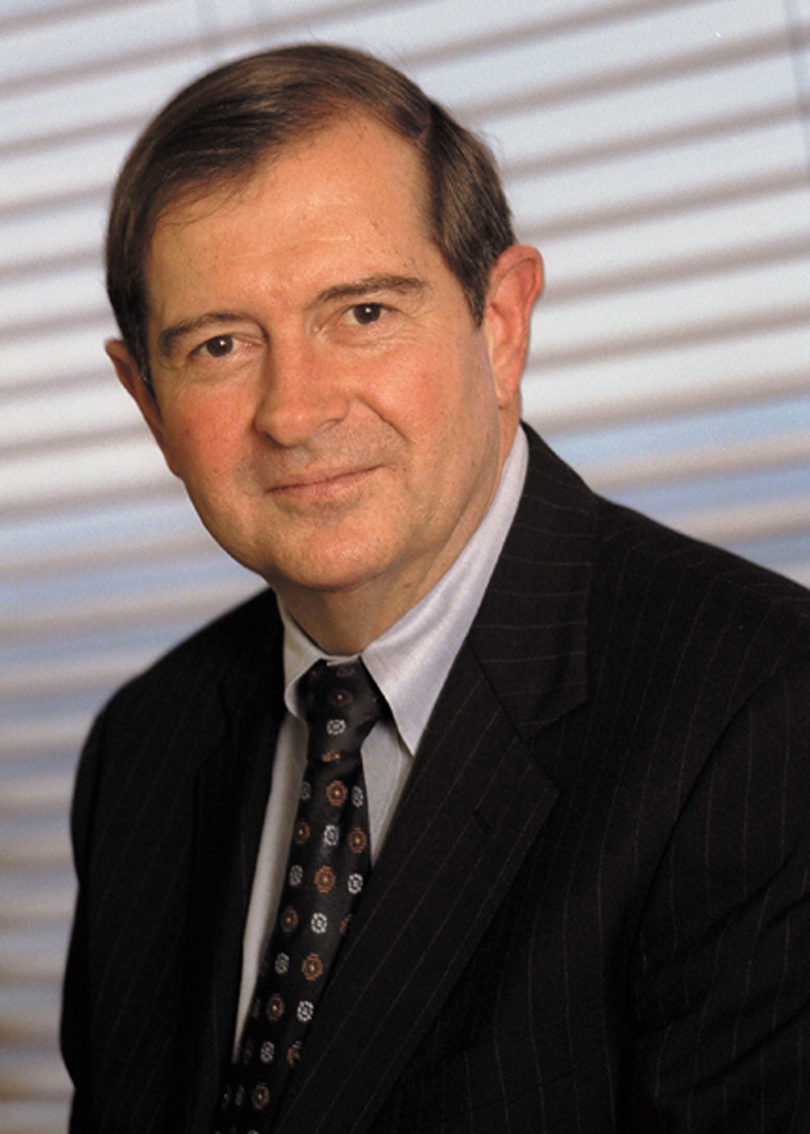 The award, presented annually during the State Bar of Georgia Annual Meeting, is the Law School Association’s highest honor and recognizes individuals for their dedication and service to the legal profession and the law school.

Darden’s award was presented to him by friend, colleague and 1985 Georgia Law graduate Keith W. Mason, a partner at McKenna Long & Aldridge, who said Darden had “provided a lifetime of service” and has been “a true leader” who helped to solve public issues at all levels including the local, state and federal governments.

Darden currently serves as senior counsel at McKenna Long & Aldridge in Atlanta, where his practice focuses on public policy and public finance, and he advises clients on conducting business in the state of Georgia and with the federal government as well as develops strategy for legislative and government affairs and issues.

While in private practice, he has been an adviser and lecturer on behalf of the National Democratic Institute for International Affairs and participated in programs concerning issues of national defense and ethics in Turkey, Senegal and Indonesia. He also served as a presidential appointee to the Board of Directors of the Overseas Private Investment Corporation, a government agency that assists U.S. businesses in emerging markets and developing nations worldwide.

Darden, a 1967 Georgia Law graduate, has been recognized in the “Most Influential Georgians” listings appearing in Georgia Trend magazine, and James Magazine named him one of “Georgia’s Most Influential People” twice. The State Bar of Georgia also honored him with its Tradition of Excellence Award in 2010.

Jones’ award was presented by Judge Lawton E. Stephens of the Superior Court of the Western Judicial Circuit of Georgia. Stephens, a 1981 Georgia Law graduate, lauded Jones as a man who “always looks on the bright side of life.”

He added that Jones is a wonderful ambassador for Georgia Law and UGA, “exemplifying everything that is right and noble” about the school and the university.

Jones was nominated by President Barack Obama as a U.S. District Court judge for the Northern District of Georgia in early 2011 and was sworn in March 4, 2011.

Additionally, he was a member of the law school’s Board of Visitors, which he led in 2002-03. He also has chaired the Georgia Judicial Qualifications Commission and the Athens Area Community Foundation, and served on the Supreme Court of Georgia’s Commission on Equality and on its Domestic Violence Committee.