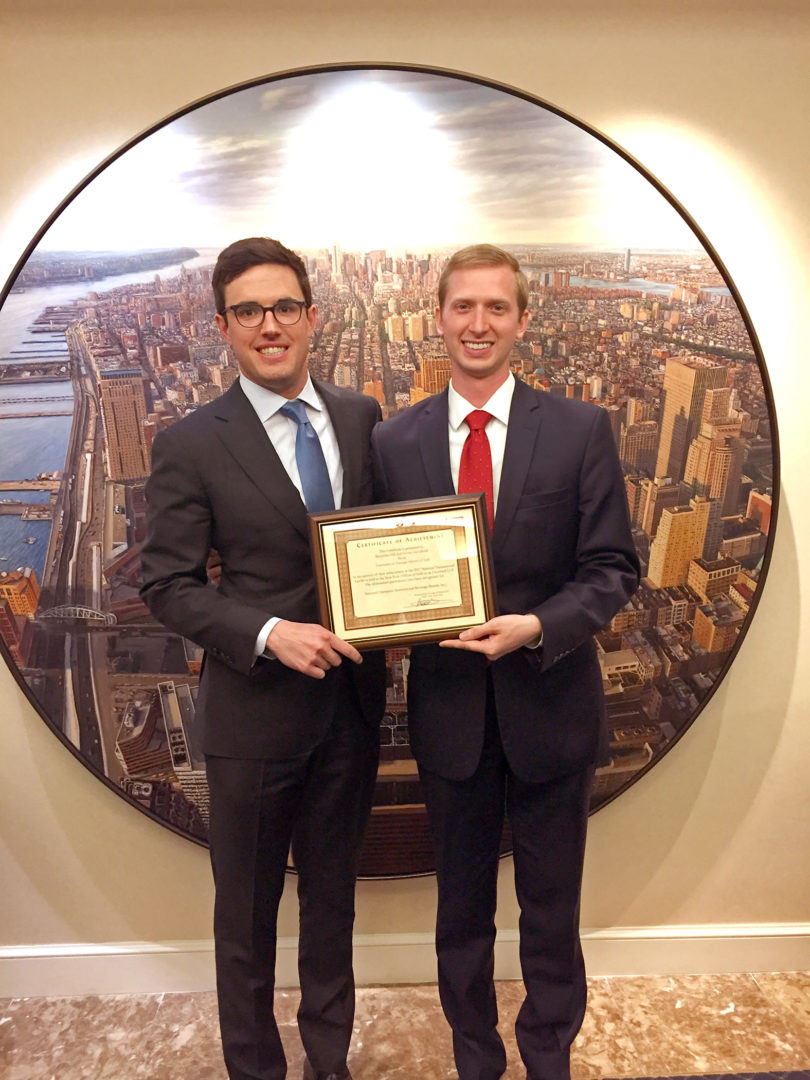 “These students put an extraordinary amount of effort into this competition, and all had outstanding performances,” Morgan said. “The Transactional LawMeet is unique in that students both draft and mark up a transactional document and negotiate the terms of the document. Competitions like this provide a valuable opportunity for students to learn about new areas of the law and to hone their skills while actually practicing what they’ve learned.”

Additionally, two law school teams recently captured both first and second place at the Energy Law Negotiation Competition held at the South Texas College of Law. Notably, it was the first time UGA has participated in the tournament.

“The students initiated the idea of participating in this national negotiation competition,” Morgan said. “They were extremely motivated and committed to learning about energy law, and when it came time to compete, they were knowledgeable, prepared and professional in the representation of their clients at the negotiation table.”

The teams competed against Southern Methodist University and Tulane University law schools in their final rounds. They were assisted in preparation by law school graduate Reginald R. “Reggie” Smith, who practices energy law in Houston, along with law school professors Lisa Milot and Daniel J. “Dan” King, who served as guest judges while the teams practiced before the competition.

“Georgia Law is committed to preparing its students with a legal education that will allow them to graduate from law school with the skills and experiences needed to become leaders in both the legal profession and the world,” Georgia Law Dean Peter B. “Bo” Rutledge said. “We do this through several ways, one of which is by ensuring that our students have the opportunity to receive world-class practice preparation through our co-curricular programs. As evidenced by these victories, our students graduate from law school with the tools to be successful. I am proud of all of these teams and am deeply appreciative of our faculty members and graduates who assisted in readying them for competition.”

UGA School of Law
Consistently regarded as one of the nation’s top public law schools, Georgia Law was established in 1859. Its accomplished faculty includes authors of some of the country’s leading legal scholarship. The school offers three degrees – the Juris Doctor, the Master of Laws and the Master in the Study of Law – and is home to the Dean Rusk International Law Center. Georgia Law is proud of its long-standing commitment of providing first-rate legal training for future leaders who will serve state and nation in both the public and private sectors. For more information, see www.law.uga.edu.