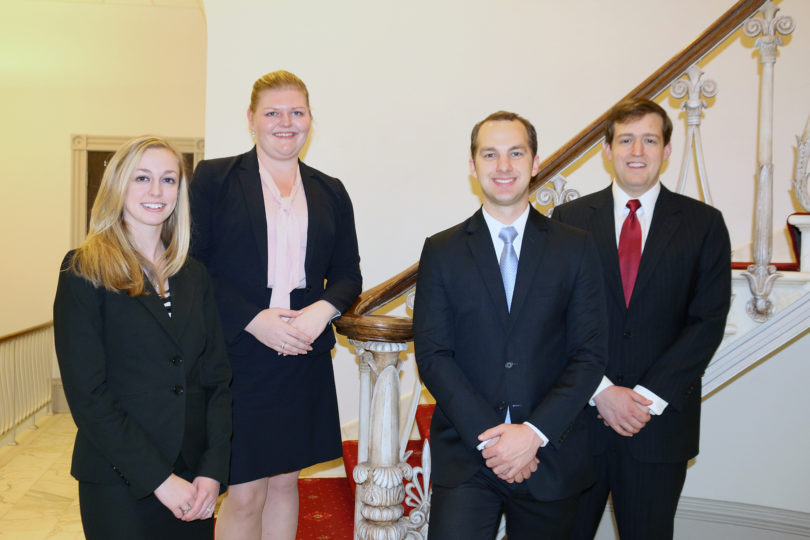 Georgia Law Director of Advocacy Kellie Casey said she considers this mock trial tournament to be the best in the nation. “South Texas College of Law, led by Rob Galloway, invites the best teams in the country, has the most qualified panel of judges and includes a brief writing component. The level of competition was astounding, and I couldn’t be more proud of our students who displayed not only outstanding advocacy skills but also a professional camaraderie with their opposing teams. They were just spectacular!”

The case the students argued centered on whether an agency taking action to remove two individuals off a heart transplant list was arbitrary and capricious or an abuse of discretion after it was discovered the two people were involved in a financial transaction regarding the heart.

Created in honor of Texas trial lawyer John O’Quinn, this mock trial tournament is hosted each year by the South Texas College of Law. Previously, Georgia Law teams finished as quarterfinalists in 2012 and 2013.