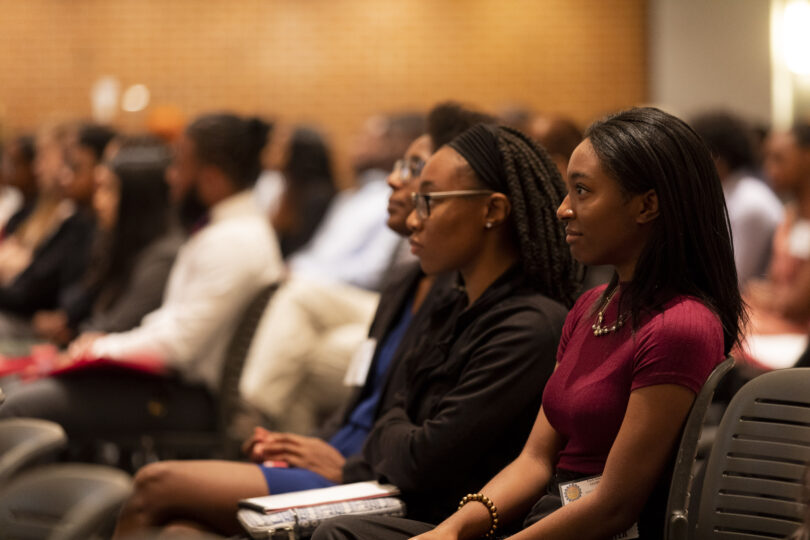 Students from Kennesaw State University listen to the speakers as they attend at the Louis Stokes Alliance for Minority Participation STEM Innovators Conference 2019 in Mahler Hall at the Georgia Center for Continuing Education. (Photo by Andrew Davis Tucker/UGA)

In partnership with Georgia Research Alliance, more students across the state will be able to pursue scientific research through LSAMP

Shanise Walker came to the University of Georgia in 2008 with a passion for mathematics and an eagerness to explore all the educational opportunities she could find. A first-generation college student from Columbus, Walker was excited and more than a little nervous about making the transition to university life. 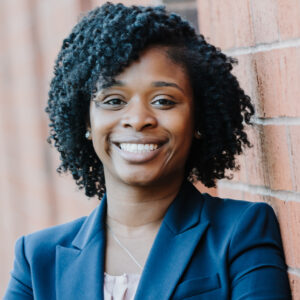 Today, she is an assistant professor of mathematics at the University of Wisconsin-Eau Claire where she teaches courses, conducts original research and mentors students.

From her first days as a freshman to her current position as a tenure-track faculty member, Walker’s success required a lot of hard work and the guidance of many mentors, but she cites the support she received as an undergraduate from the Peach State Louis Stokes Alliance for Minority Participation, or LSAMP, as one of the most important influences in her career.

It was at an LSAMP conference where Walker learned about a summer research opportunity at Iowa State. She applied and was accepted.

“Two weeks into the summer research program I looked at my advisor and said, ‘I want to get a Ph.D. in mathematics,’” Walker said. “I never would have had that experience without LSAMP.”

UGA leads the Peach State LSAMP, a coalition of six public colleges and universities in Georgia designed to increase the number of underrepresented students statewide who complete undergraduate and advanced degrees in science, technology, engineering and mathematics fields.

“We call this an alliance because it truly is a collaborative effort among all these institutions,” said Angela Birkes, director of the Peach State LSAMP, which is funded by the National Science Foundation. “Our basic goal is to give underrepresented students an opportunity to succeed and to pursue careers in these important fields.”

Michelle Cook, vice provost for diversity and inclusion and strategic university initiatives at UGA, serves as the principal investigator for the initiative, which provides programming for approximately 120 students every year. And most students receive support for their entire undergraduate career.

And the alliance has seen great success.

“We see similar increases at all Peach State LSAMP institutions,” Birkes said. “I won’t claim that we’re the only force driving these increases, but I think the LSAMP programs have made a big difference.”

Expanding toward the future

Building on the success of these programs, the Peach State LSAMP recently developed a new partnership with the Georgia Research Alliance to help underrepresented minorities pursue or continue scientific research.

Peach State LSAMP and GRA developed a pilot program last summer called GRA Student Scholars, which allowed for 10 of Georgia’s university students to work alongside some of the state’s most brilliant scientists and engineers.

“Our partnership with Peach State LSAMP allows us to expand our reach,” said Susan Shows, the Georgia Research Alliance president. “Utilizing their expertise and network, GRA can offer underrepresented students from across the state real hands-on experience in university research.”

The program is the brainchild of several GRA academy scholars, including Art Edison, GRA Eminent Scholar and Board Trustee in UGA’s Complex Carbohydrate Research Center. 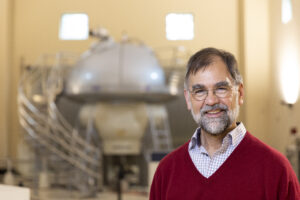 Students working in his lab conduct experiments, use advanced scientific equipment, and learn the fundamental processes of scientific inquiry, he said.

Edison has already hosted students in his laboratory as part of the pilot program, and he said that working with the GRA and the Peach State LSAMP has transformed his ideas about teaching and supporting underrepresented minority students.

“The LSAMP program has empowered me to realize how much we can do if we just make an effort,” he said. “We need more qualified students in the United States to go into the sciences, and this program helps ensure that we achieve that goal.”

The program will expand to host 20 students in the summer of 2022.