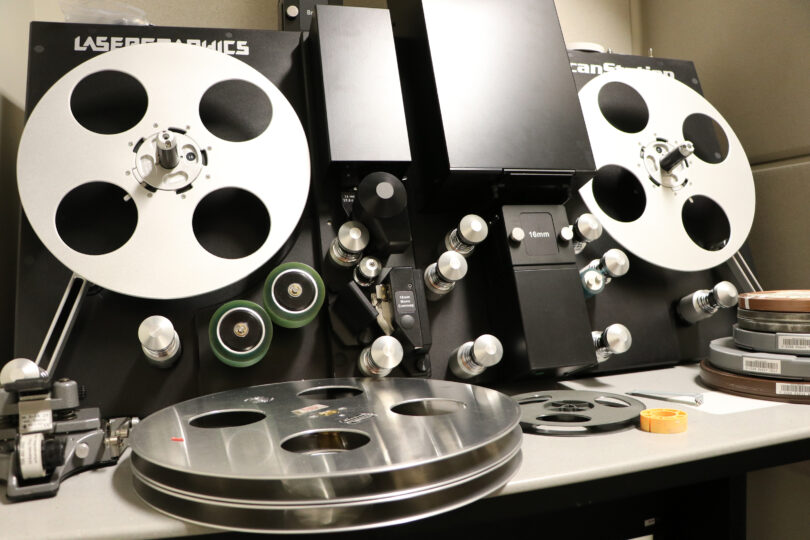 The University of Georgia Libraries will celebrate the 25th anniversary of one of its special collections this fall with a series of virtual events that highlight the Walter J. Brown Media Archives & Peabody Awards Collection’s contributions to media preservation, scholarship and filmmaking.

“I’m so proud of everyone at BMA and what we have accomplished in the past 25 years, and we are excited to share our mission and passion with media enthusiasts across Georgia this fall to celebrate,” said Ruta Abolins, director of Brown Media Archives & Peabody Awards Collection. “Over two-and-a-half decades, we have uncovered, preserved, and shared audio and visual media that tell the stories of our nation in unique ways. We will continue to preserve the moving image and sound content from the region and, importantly, provide access to that content for the people of Georgia and beyond.”

The Brown Media Archives preserve more than 250,000 titles in film, audiotape and other recording formats, including home movies and news film, spanning the past 100 years. Located in the Richard B. Russell Building Special Collections Libraries along with two other special collections units, Brown’s faculty and staff also are tasked with the preservation and access to the collection of entries to the Peabody Awards, the oldest and most prestigious electronic media award in the United States, which is administered by UGA’s Grady College of Journalism and Mass Communication.

The anniversary events highlight Brown’s mission and accomplishment through discussions with documentary filmmakers, scholars and partners and include a family event to help children understand the importance of media preservation.

The series kicks off at 7 p.m. on Sept. 16 with a panel discussion featuring Stephanie Jenkins and Salimah El-Amin of Florentine Films, a documentary film company co-founded by documentarian Ken Burns. El-Amin and Jenkins will provide a behind-the-scenes look at the art and craft of the documentary researcher. This event has been designated as a Signature Lecture.

The next Brown anniversary event, a virtual lecture scheduled for Oct. 7 at 7 p.m., will mark LGBT History Month and the 15th anniversary of UGA’s LGBT Resource Center. The event, co-hosted by Brown’s special collections partners in the Hargrett Rare Book and Manuscript Library as well as the LGBT Resource Center, features Molly McGehee, associate professor of English and American studies of Oxford College at Emory University. McGehee will discuss her research for the chapter “’Vienners’ at Odum’s: DeAundra Peek and the Atlanta Televisual Drag Scene” featured in Queering the South on Screen, a book published by UGA Press in April 2020.

From Oct. 13-17, Brown Media Archives will participate in a weeklong virtual celebration of Home Movie Day 2020, which is hosted annually by the Center for Home Movies to celebrate amateur films, which are a significant part of Brown’s collection.

In an Oct. 13 virtual tour, Brown’s archivists and audiovisual technicians will share their favorite videos in the archive. The 2 p.m. event includes a Q&A and discussion on the importance of home movies and how BMA preserves and provides access to decades of amateur home films.

On Oct. 15 at 7 p.m., artist Keith Bennett will discuss via livestream his home movie collection, housed at the Brown Media Archives. Bennett’s collection features several videos of the B-52’s performing and touring in the 1970s and 1980s, as he is married to band vocalist Cindy Wilson. Bennett will discuss his experiences traveling with and filming the famous Athens band in the early days.

To conclude the week, Brown will host a family day virtual event on Oct. 17. Activity packets featuring flipbooks, bingo card and stickers will be available for pickup to allow children and their parents to learn to make their own home movies. Participants are encouraged to create and share amateur films on social media, using the hashtag #HomeMovieDay and tagging both @BMAatUGA and @HomeMovieDay.

The Brown Media Archives anniversary celebration will culminate with a virtual panel discussion on Nov. 11 at 7 p.m., featuring freelance filmmakers and footage archivists Judy Aley, Solomon Polshek and Rich Remsberg. As part of the Spotlight on the Arts festival at UGA, the filmmakers will discuss their experience completing media archival research at the Special Collections Libraries and developing content for big name production companies, such as HBO.