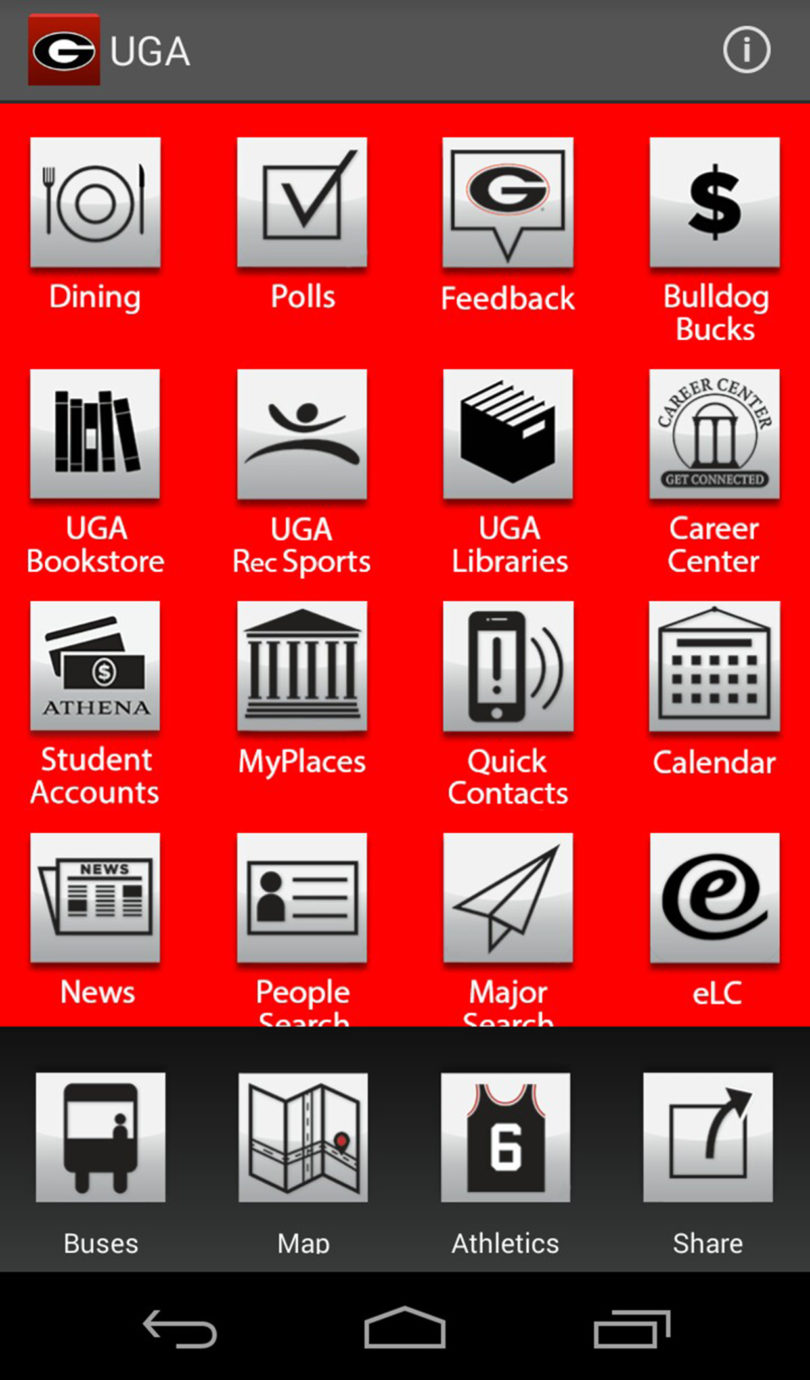 Athens, Ga. – The University of Georgia has launched its first official mobile app for Android to make it more convenient for students, faculty, staff and campus visitors to track buses, find a printer or parking deck, or see what the dining commons are serving for lunch.

The UGA mobile app, which was also updated for iOS, is the official one-stop spot for some of the most popular services at the university. The app includes a map of campus with the ability to select points of interest, such as computer labs, parking decks, bike repair stations and print kiosks. It features daily menus at UGA dining commons, recreational sports schedules, athletic scores, access to the university’s learning management system and more.

The app can track campus buses, show 360-degree photos of each campus bus stop and show a listing of buses scheduled to arrive at each stop.

The same app features will be available to mobile users on both Apple and Android phones. The app is available to download from Google Play for Android devices and the App Store for iOS devices.

“The UGA mobile app will make the literal and figurative navigation of campus much easier,” said Jim Thompson, vice president of the UGA Student Government Association. “With the bus tracking feature, students using Campus Transit can get to their classes easier. The quick access to many UGA online resources on the mobile app is also efficient for students.”

“If you’re visiting, learning, teaching or working on the campus at UGA, the official mobile app is a must-have for anyone with a mobile device,” said Lance Peiper, manager of the mobile technology group for UGA’s Enterprise Information Technology Services. “With the mobile app on your phone, you can see when the next bus arrives near you, easily find buildings on campus and decide which at dining commons to eat your next meal.”

For more information about the UGA mobile app, see http://mobileapps.uga.edu.