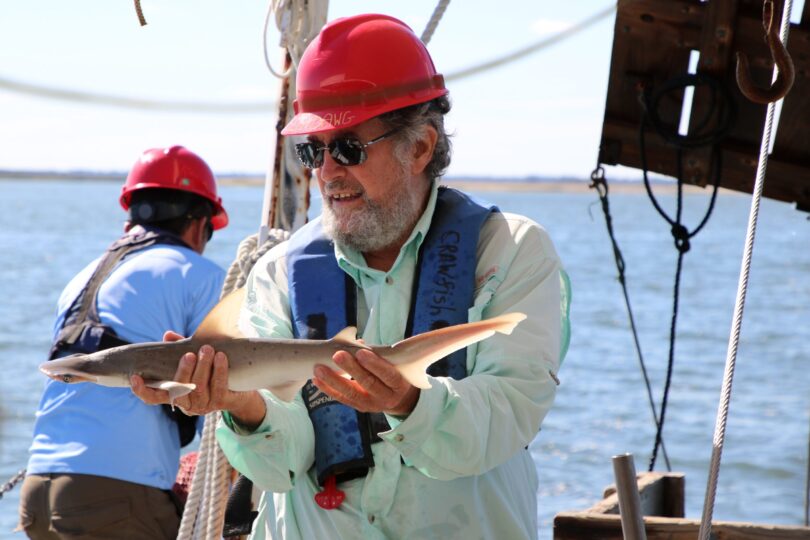 For 30 years, John “Crawfish” Crawford has regaled campers and schoolchildren on field trips to the UGA Aquarium, guiding them on nature walks through the salt marsh and introducing them to the many creatures that call coastal Georgia home.

His tenure officially ended Dec. 1, when Crawford retired from the University of Georgia. But his legacy will continue through an endowed educator position at UGA Marine Extension and Georgia Sea Grant, funded by a generous estate gift made by longtime supporters.

The John “Crawfish” Crawford Public Service and Outreach Faculty Fellowship will generate incentive for a leading naturalist to fill a faculty educator role at the UGA Marine Education Center and Aquarium and provide the resources to support traditional naturalist practices that maintain an emphasis on exploration, curiosity, field interpretation and personal connection to the world. 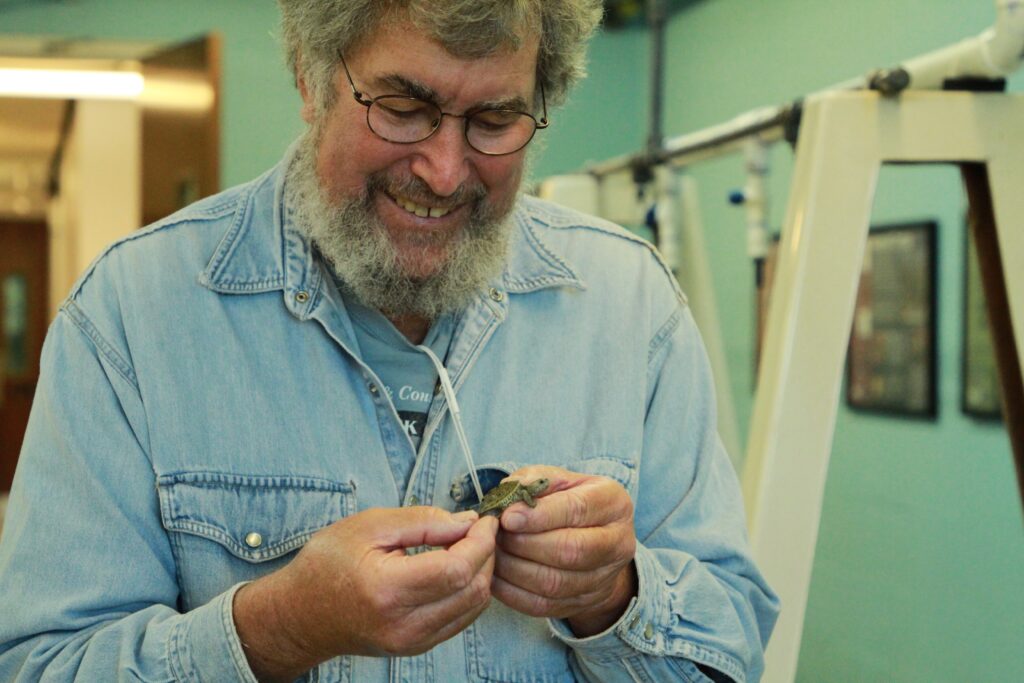 The endowed funds will also enhance the faculty fellow’s ability to make a difference in the lives of students and help fulfill the university’s public service and outreach mission—as Crawford has.

“Someone who gets the endowed fellowship will need to know who John is, what he cared about, and what he’s like,” said Ruth McMullin, who, with her husband Tom, made the gift. “We want to make sure the way (John) teaches, his enthusiasm and his methodology remain when he’s no longer here.”

McMullin, who lives on Skidaway Island, has been volunteering at the UGA Marine Education Center and Aquarium for 23 years. She is inspired by Crawford’s curiosity, enthusiasm and ability to mold minds and develop stewards of Georgia’s coastal environments. 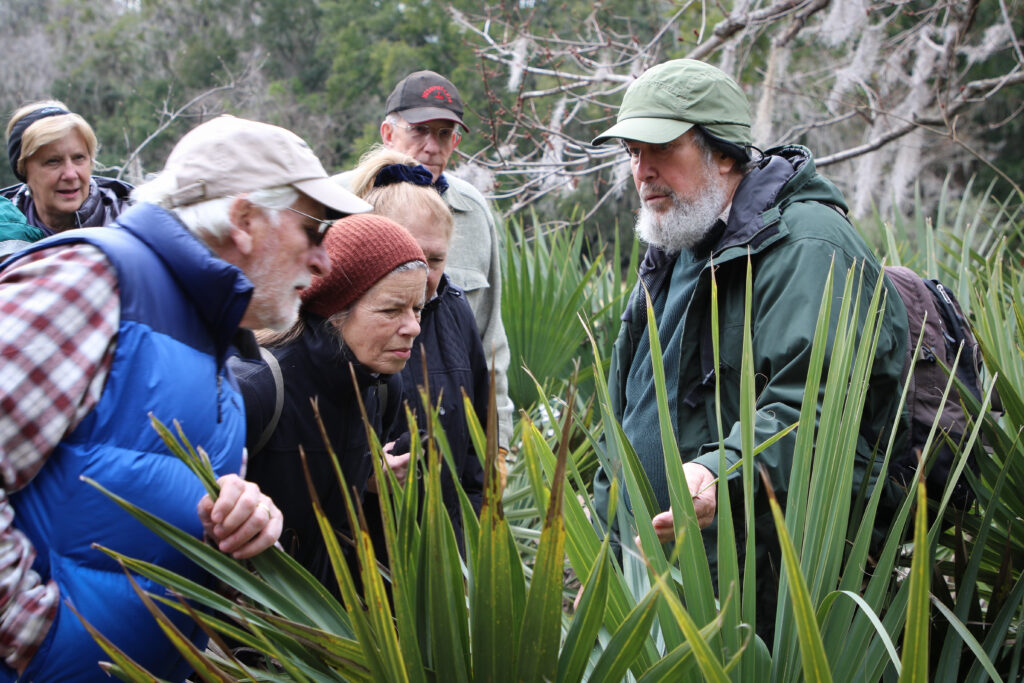 “He’s just so special,” McMullin said. “I was really happy to volunteer because I knew I would get to spend more time learning from him.”

“I have learned an awful lot from watching how he interacts with children and adults and how he shares his excitement with other people. You can’t be somebody you admire, but you can copy them.”

Crawford grew up in Savannah, where he explored the coast’s mud flats and maritime forests, discovering corn snakes, fiddler crabs and other animals that often found their way into his house. At age 15, he had dozens of pet snakes, all of which he kept in his room.

He cultivated his knowledge of coastal resources at Armstrong State College and Florida Keys Community College in the late 1960s and early 1970s. After his time in Florida, he made his way back to the Georgia coast where he continued to make his mark on the conservation and environmental education community.

He joined UGA Marine Extension and Georgia Sea Grant in 1990, where as a marine educator he has spent 30 years sharing his knowledge with K-12 students, teachers, education fellows, coastal residents and conservation professionals.

“He has taught hundreds of professional educators, tens of thousands of students, and changed the landscape of environmental and marine education along the coast,” said Anne Lindsay, associate director of marine education at Marine Extension and Georgia Sea Grant. “He knows boats, plants, animals and people and a little about every other natural science or coastal topic you can think of.”

Lindsay, who was mentored by Crawford when she was hired at what was then the UGA Marine Extension Service in the 1990s, explains how he laid the foundation for the education programs that are still offered at the facility today.

“He has helped us expand our reach, establish new collaborations and partnerships, nurture longstanding relationships with educators, scientists and citizens,” Lindsay said. “He has cemented the reputation of the Marine Education Center and Aquarium as an institution with a standard of educational quality that we aspire to uphold.”

Gifts in honor of Crawfish can be made at http://gacoast.uga.edu/crawfish