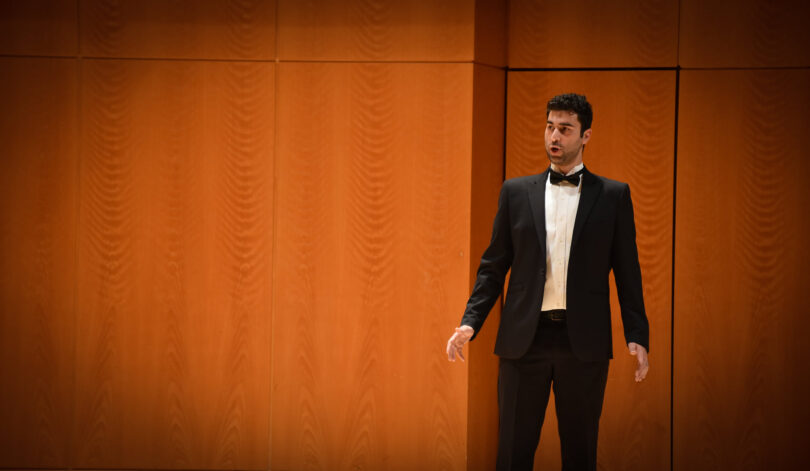 Join the Hugh Hodgson School of Music UGA Opera Theatre as it presents Mozart’s comedic opera “Così fan tutte.” The semi-staged concert will take place in Hodgson Hall on Feb. 20 at 3 p.m. and Feb. 21 at 7:30 p.m.

More than 200 years ago, composer Wolfgang Amadeus Mozart (1756-1791) and librettist Lorenzo Da Ponte (1749-1838) fruitfully collaborated on three operas. The final collaboration was based on an original story by Da Ponte, “Così fan tutte, ossia La scuola degli amanti (All Women Are Like That, or The School for Lovers),” which premiered in Vienna in 1790.  This opera had only five performances before the death of Emperor Joseph II caused theatres to close for a period of mourning.

Despite its place in the standard repertoire, “Così fan tutte” has frequently been criticized for its cruelty and cynicism. Audiences, especially of the past, have objected to the immoral aspects of seduction and betrayal. In their comic interpretation of the classical motif of testing fidelity, Mozart and Da Ponte poke lighthearted fun at the romantic sentimentality of opera seria, and the newly discovered phenomenon of mesmerism. While the opera starts with the men disguising themselves to test their women, they end up testing themselves. In using deception, they all end up deceived and confused.

The music, subtle ironies, charming characters, and the ambiguity of the ending—as neither Mozart nor Da Ponte specified whether the original couples stayed together or regrouped—are some of the reasons for the opera’s continued popularity.

The UGA Symphony Orchestra, under direction of Mark Cedel, will be performing under the baton of guest conductor Maestro Hilary Griffiths. Direction, stage direction and vocal coaching for the UGA Opera Theatre are by Frederick Burchinal, Daniel Ellis and Kathryn Wright. The opera will be sung in Italian with English subtitles. Tickets are $25 for adults and $10 with a UGA ID. Streaming will also be available online at music.uga.edu/live-streaming.