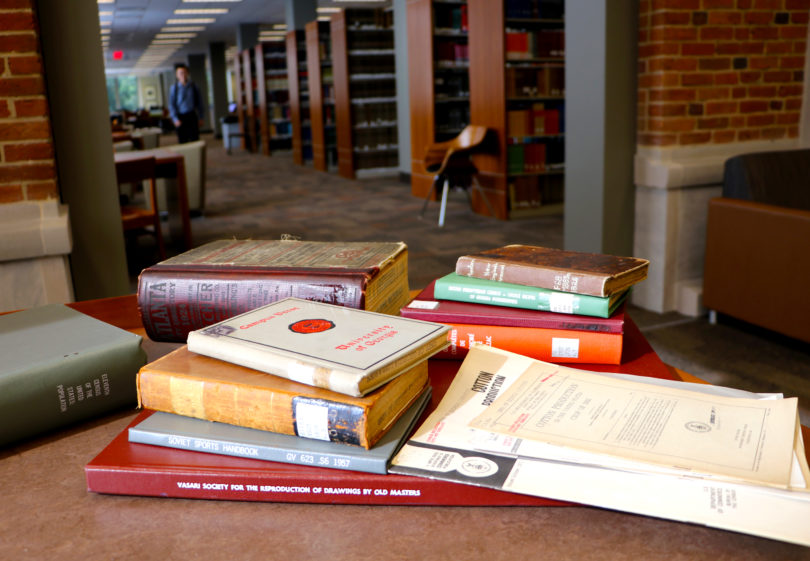 Through a new partnership about 120,000 of the Libraries’ 4.5 million volumes will be digitized

University of Georgia Libraries’ books will soon transcend shelves and be available online to students, faculty and members of the community in Athens and around the world.

Through a new partnership with Google, about 120,000 of the Libraries’ 4.5 million volumes will be digitized, allowing further access to literary, historic, scientific and reference books and journals through UGA’s library catalog as well as one of the largest digital book collections in the world.

“The University of Georgia Libraries’ collection of 4.5 million volumes is a vast resource for students and scholars at our campuses, and the Google Books partnership extends those benefits to people across the globe,” University Librarian and Associate Provost Toby Graham said. “The ability to search through the full text of these digitized materials will make it even easier for researchers to gain access to the knowledge that helps them to better understand our world.”

UGA Libraries’ contribution to the Google Books database includes items that are not widely available online. The volumes span centuries and cross genres, from the arts to economic forecasts, peanut and cotton research reports and U.S. and United Nations government reports.

In addition to more modern materials that will be available for preview online, other examples of volumes available in full text include shipping registers from as far back as 1764 and Atlanta city directories dating back to 1870. The project also advances a longstanding effort to provide digital access to state and federal government publications, and free digital access will be available to works by Balzac, Sir Francis Bacon, Robert Louis Stevenson, Thomas Hardy and other historically significant authors, thanks to UGA Libraries.

“Creating and sharing knowledge are at the core of the University of Georgia’s mission, and our partnership with Google Books underscores our commitment to global leadership in higher education,” said S. Jack Hu, the university’s senior vice president for academic affairs and provost.

Google Books has partnered with more than 60 major libraries around the world, as well as publishers and authors, to build a comprehensive collection of books in more than 400 languages. The University of Georgia is one of the first partners in the region to contribute to the 35 million volume database.

According to the terms of the three-year project, Google will take on the work of scanning the books. UGA Libraries will retain a digital copy, which will be available through its online catalog and the Google Books database, as well as through Hathi Trust, a digital preservation repository led by a consortium of research libraries.

“We’re thrilled about helping to make a large part of the University of Georgia’s rich collection more available to the world, including materials that reflect the history of the American Southeast,” said Google Books partnerships manager Ben Bunnell. “We hope that other great libraries, in the region and elsewhere, will join UGA and Google in this endeavor.”