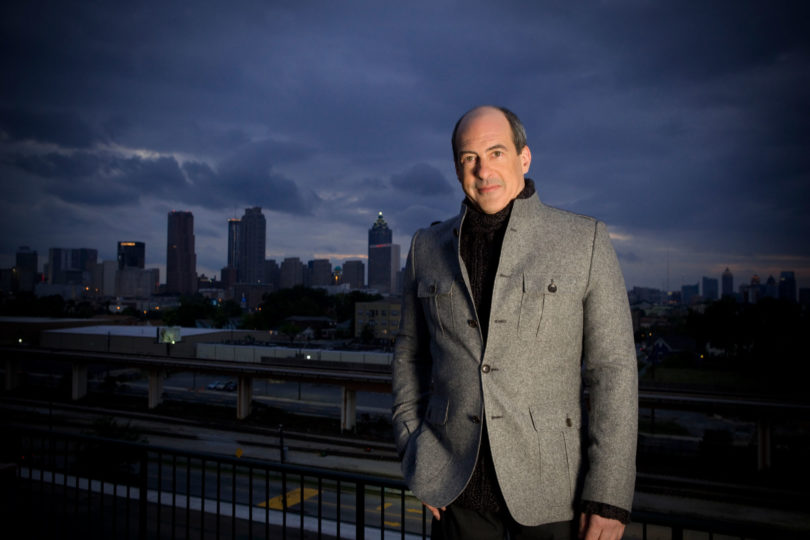 Athens, Ga. – The University of Georgia Performing Arts Center will present the Atlanta Symphony Orchestra on Nov. 3 at 8 p.m. in Hodgson Concert Hall. Atlanta Symphony music director Robert Spano will conduct, and guest pianist Garrick Ohlsson will perform in a program featuring Sergei Rachmaninov’s Piano Concerto No. 3 and Alexander Scriabin’s Symphony No. 4, “The Poem of Ecstasy.”

The Athens concert will open with new work by Finnish composer Esa-Pekka Salonen titled “Nyx.” Co-commissioned by the Atlanta Symphony Orchestra, Radio France, Carnegie Hall and the Finnish Radio Symphony Orchestra, “Nyx” received its world premiere on Feb. 19 at Théatre du Chatelet in Paris with the Orchestra Philharmonique de Radio France. It will receive its American premiere in Atlanta with the Atlanta Symphony one week prior to its Athens premiere.

Following the Athens concert, the Atlanta Symphony will travel to New York to debut the new composition on Nov. 5 at Carnegie Hall.

Spano is currently in his 11th season as music director of the Atlanta Symphony and is recognized internationally as one of the most imaginative conductors. His discography with the symphony includes 19 recordings, six of which have been honored with Grammy Awards. In 2008, Spano was named Musical America’s Conductor of the Year.

Since his triumph as winner of the 1970 Chopin International Piano Competition, Ohlsson has established himself as a pianist of great interpretive and technical ability. During the 2011-2012 season, he will perform at Carnegie Hall with the Atlanta Symphony and at the Lincoln Center with the New York Philharmonic. Ohlsson’s 10-disc set of the complete Beethoven sonatas for Bridge Records has garnered considerable critical praise, including a Grammy Award for Volume 3.

Vanessa Tome, a Ph.D. candidate in musicology at UGA, will give a pre-concert lecture 45 minutes prior to the performance. The lecture is free and open to the public.