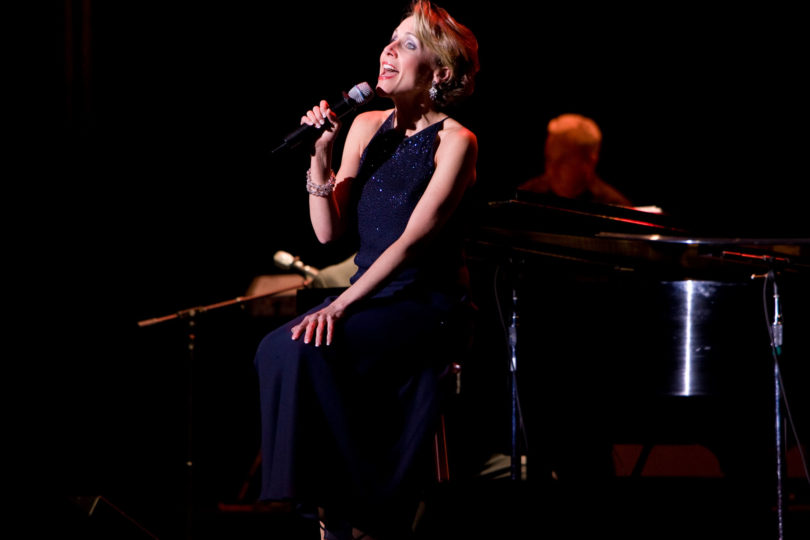 Athens, Ga. – Popular songs from “The Phantom of the Opera,” “Cats” and other hit musicals will fill Hodgson Concert Hall when the University of Georgia Performing Arts Center presents “100 Years of Broadway” on Feb. 6 at 8 p.m.

Created by composer and lyricist Neil Berg, “100 Years of Broadway” showcases songs from some of the most popular musicals ever produced, which are then performed by the stars of award-winning shows such as “Les Misérables,” “Aida,” “Jesus Christ Superstar” and “Chicago.” Berg serves as musical director and pianist for a New York-based band that will accompany the singers.

“100 Years of Broadway” is currently the No. 1 touring Broadway concert in the U.S., playing in more than 120 cities a year. The cast for the Athens show is scheduled to include Broadway luminaries Carter Calvert, Sandra Joseph, Ivan Rutherford, Chuck Wagner and Danny Zolli.

Calvert is best known for originating her role in the Tony-nominated “It Ain’t Nothin’ But the Blues” on Broadway. She also appeared in the world premiere of “Forbidden Vegas” and as the title character in “Always, Patsy Cline.” In 1993, Starsong Records named Calvert best female vocalist of the year, and Downbeat Magazine honored her as best female jazz vocalist while she was still in high school. She is currently the voice of Amazon’s Kindle, and her husband Roger Cohen is the drummer in the “100 Years of Broadway” band.

Joseph starred as Christine Daaé, the female lead in “The Phantom of the Opera,” on Broadway and on tour across the country. She holds the distinction of being Phantom’s leading lady on Broadway longer than any other actress in the show’s 22-year history.

Rutherford has performed the lead role of Jean Valjean in “Les Misérables” more than 2,000 times on Broadway and in national tours. He was nominated for best actor for his portrayal of Valjean at the first National Broadway Theatre Awards.

Wagner’s many leading roles on Broadway include Rapunzel’s prince in the original Broadway cast of Stephen Sondheim’s “Into the Woods,” Van Helsing in “Dracula” and the Beast in Disney’s “Beauty and the Beast.” He is well known internationally for playing the title role in the 1980s science fiction TV series “Automan.”

Zolli is known for his number of performances starring as Jesus and Judas in more than 23 productions of “Jesus Christ Superstar” on Broadway and in six national and international tours. He also starred as Che in “Evita” and as Joseph in “Joseph and the Amazing Technicolor Dreamcoat.”

The performance underwriters are Sharron Hannon and Robert Saveland in memory of Gladys Saveland.