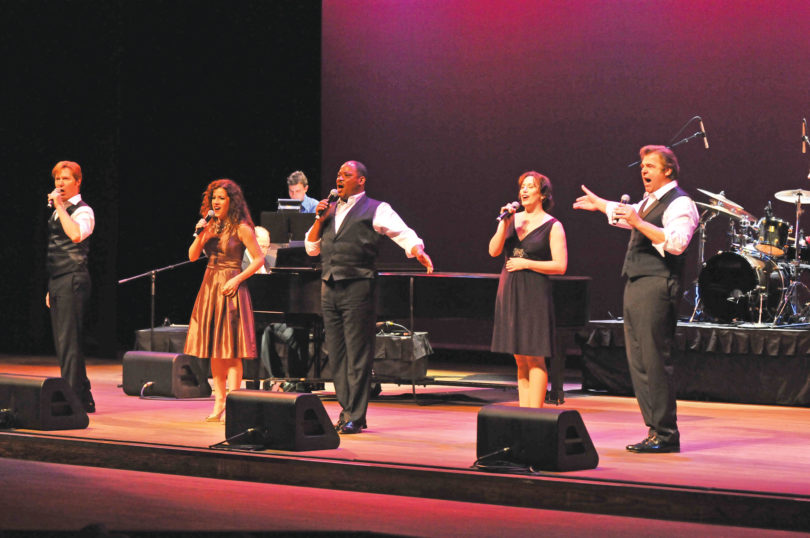 Broadway Song and Dance, which will be presented April 18 at 8 p.m.

Athens, Ga. – The University of Georgia Performing Arts Center will present “Broadway Song and Dance” April 18 at 8 p.m. in Hodgson Concert Hall. The new show is produced by composer and lyricist Neil Berg, whose “100 Years of Broadway” sold out Hodgson Hall last season.

Berg’s newest concert production features five of Broadway’s finest performers as they sing and dance their way through memorable moments from classics such as “42nd Street” and “Crazy for You” to groundbreaking shows like “Chicago” and “Cabaret” to the hit musicals “Jersey Boys” and “Wicked.”

The show stars Rob Evan (“Jekyll and Hyde” and “Les Misérables”), Carter Calvert (“It Ain’t Nothin’ But the Blues” and “Cats”), Lawrence Clayton (“The Civil War” and “Jesus Christ Superstar”), Beverly Ward (“Show Boat” and “Crazy for You”) and Kirby Ward (“Woman of the Year” and “Show Boat”). The performers will be accompanied onstage by a band of veteran New York musicians led by Berg as musical director and pianist.

“We take the audience on a magical journey through the history of Broadway musicals,” said Berg. “The show combines show-stopping song and dance numbers by the stars who performed many of them on Broadway.”

The performance underwriters are William and Pamela Prokasy and Paul and Carol Kurtz.