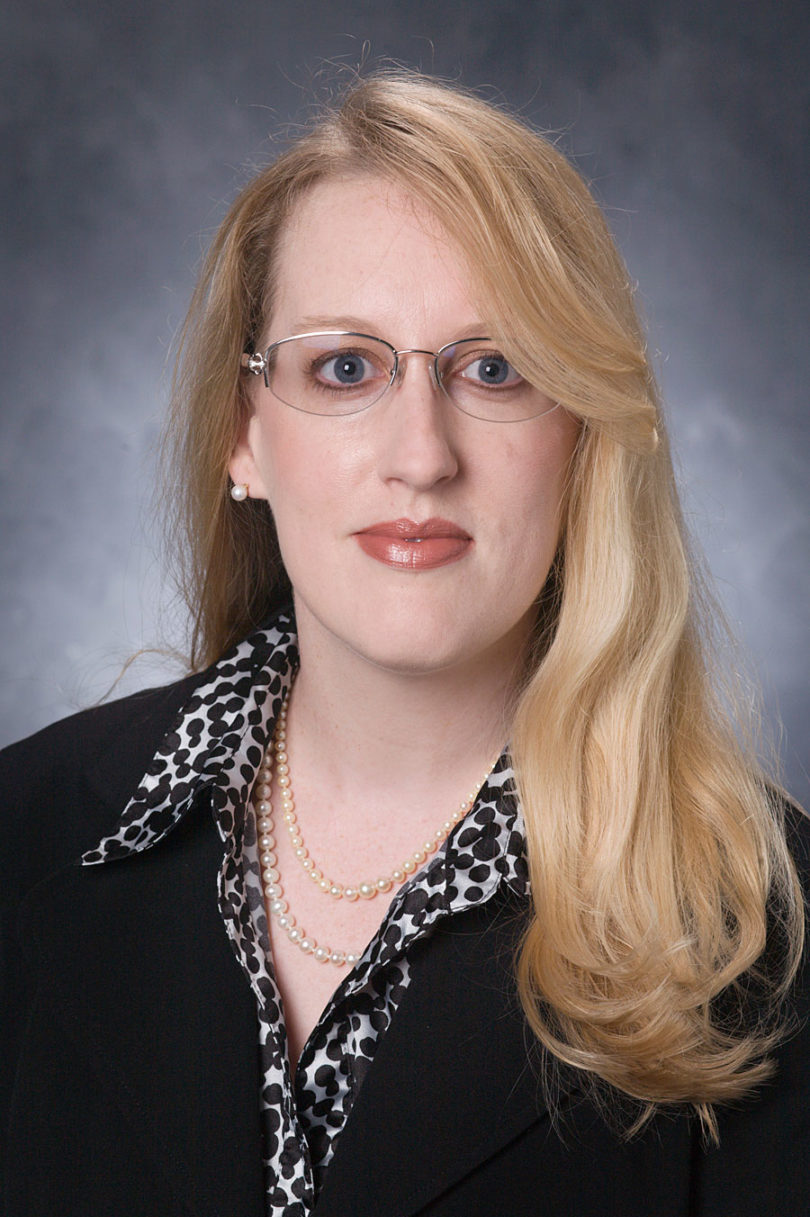 Athens, Ga. – A research scientist in the University of Georgia College of Pharmacy is continuing her work on melanoma, a type of skin cancer that has become an emerging health crisis in the United States, with a grant from the American Cancer Society.

An associate professor of pharmaceutical and biomedical sciences, Mandi Murph and her colleagues have already demonstrated a significant reduction in cellular viability in vitro among melanoma cells treated with small-molecule inhibitors developed in their lab. The next step will be testing in vivo pharmacology and pharmacokinetics as a targeted therapeutic strategy against melanoma.

“This is a good time to be studying the disease,” Murph said. “Significant outcomes mean more clinical trials using novel therapeutics and greater potential for treatment and survival.”

Murph’s research uses a two-pronged approach to test novel compounds to treat advanced melanoma and to study the signaling receptors that promote its survival. Her previous work supports the hypothesis that two molecular targets within the same signaling pathway represent potential molecular vulnerabilities that can be exploited in melanoma treatments.

“We believe that a significant reduction in the viability of advanced melanoma can be achieved by inhibiting metabolism in the lysophosphatic acid signaling network by targeting autotoxin, an enzyme known to generate LPA production,” she said.

LPA3 receptors in the LPA pathway have been identified as playing a significant role in melanoma progression. Inhibition of LPA signaling through LPA3 receptors by identifying the structural requirements of the LPA3 receptors should help mediate melanoma cell survival, she said.

Incidences of melanoma and deaths occurring as a result of the cancer will likely continue to increase due to the aging Baby Boomer population and the higher probability for developing melanoma among those over the age of 70.

“The incidence of melanoma rose a staggering 619 percent from 1950 to 2000, coupled with an alarmingly low survival rate for advanced melanoma,” Murph said. “In 2009 melanoma ranked sixth and seventh, respectively, in the estimated number of new cancer cases in men and women.”

Murph’s melanoma research is being funded by a four-year, $467,000 grant from the American Cancer Society. She also receives funding from the Georgia Cancer Coalition.