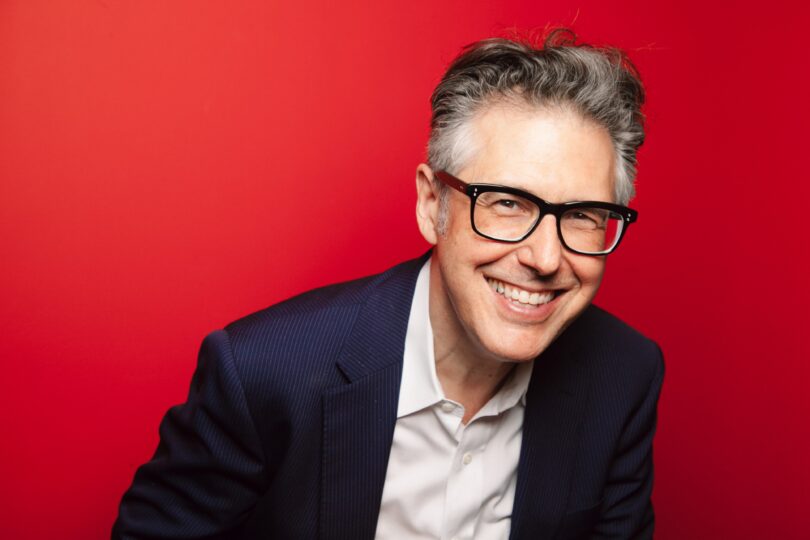 Known to millions as the creator and host of one of the most popular public radio programs of all time, “This American Life,” Ira Glass is a uniquely charismatic force in broadcasting. On Sept. 18 at 3 p.m., he makes his UGA Presents debut at Hodgson Concert Hall with “Seven Things I’ve Learned: An Afternoon with Ira Glass.”

“This American Life” is heard each week by more than 5 million listeners on public radio stations—including WUGA, the media partner for this event—and via podcast. Under Glass’s editorial direction, the show has won the highest honors for broadcasting and journalistic excellence, including seven Peabody Awards and the first Pulitzer Prize ever awarded for audio journalism. In 2021, “This American Life” episode “The Giant Pool of Money” was inducted into the Library of Congress’ National Recording Registry, the first podcast ever so honored.

Glass began his career as an intern at National Public Radio’s network headquarters in Washington, D.C., in 1978, when he was 19 years old. He put “This American Life” on the air in 1995. He has also served as an editor for the groundbreaking podcasts “Serial,” “S-Town” and “Nice White Parents.”

In “Seven Things I’ve Learned,” Glass uses a mix of audio clips, music and video to pull back the curtain on his process, life and career as one of America’s foremost storytellers. “This well thought-out show held everyone’s attention with its emotional depth and well-paced thought-provoking stories,” wrote critic Marlene Hall of DC Theater Arts. “It is a must see, especially for any ‘This American Life’ fans.”

Glass’ appearance is the first in a series of UGA Presents Sunday matinees. On Oct. 2, the Harlem Quartet brings music by Debussy and Dizzy Gillespie to Hodgson Concert Hall. The Schumann Quartet appears with string quartets by Haydn, Beethoven and Ives Nov. 20.

On March 26, 2023, the Atlanta Symphony Orchestra returns with its new music director, Nathalie Stutzmann, in an all-Baroque program. The following Sunday, April 2, celebrated British pianist and polymath Stephen Hough plays a recital. And the Chamber Music Society of Lincoln Center performs Brahms and Dohnányi on April 23.