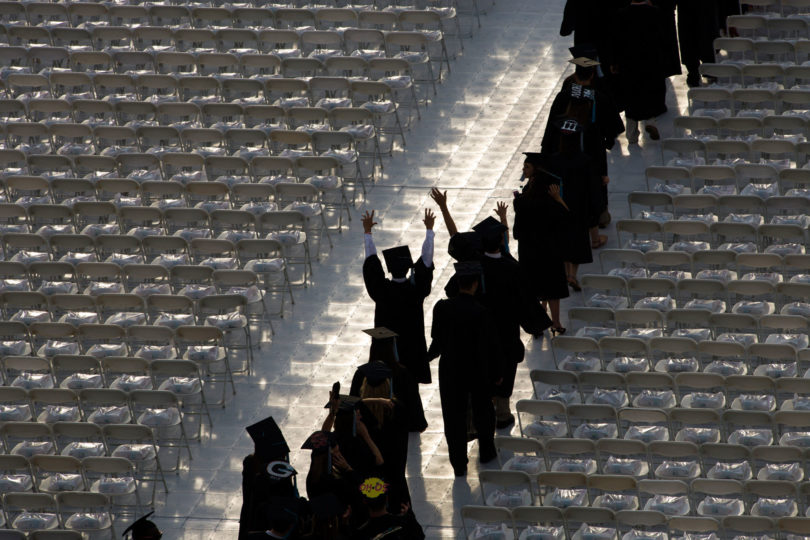 The work of UGA President Michael F. Adams and staff in the Office of Public Affairs was recognized at the 2013 Council for the Advancement and Support of Education District III awards conference Feb. 17-21 in Atlanta.

Adams was the recipient of the 2013 Chief Executive Leadership Award, one of CASE III’s most prestigious honors. It recognizes annually an outstanding president, chancellor, headmaster or system head of a CASE III member institution.

Under Adams’ leadership, student quality has risen steadily, and UGA has been recognized by U.S. News & World Report as one of the nation’s top 20 public research universities for eight out of the past 10 years. Also under his tenure, the university began a medical partnership with Georgia Regents University in 2010 and established an engineering college in July.

“I am humbled by this recognition,” Adams said. “Institutional advancement is critical to the success of today’s colleges and universities. CASE has provided strong leadership and professional development in this arena for many years. Although this accolade has my name attached to it, it recognizes the accomplishments of many at the University of Georgia who do good work here every day. I am proud to accept this honor on behalf of the university.”

The work of photographers in the Office of Public Affairs’ broadcast, video and photography unit also was honored.

O’Quinn captured undergraduate students throwing their hands up in the air in celebration during UGA’s spring Commencement ceremony last year.

Photographer Peter Frey also earned a Special Merit Award for the Georgia Magazine back-page faculty portrait series. The photograph subjects for the series included Mary Ann Johnson, a professor in the College of Family and Consumer Sciences; George Contini, an associate professor in the theatre and film studies department; Keith Campbell, professor and head of the psychology department; and Rodney Mauricio, associate professor of genetics in the Franklin College of Arts and Sciences.

Georgia Magazine also received a Special Merit Award in the category for institutions that have more than 15,000 full-time employees. Georgia Magazine won for the December 2011 issue with federal judge and UGA alumnus Steve Jones on the cover; the March 2012 issue with UGA researcher Christopher Whalen; the June 2012 issue, which was themed around food; and the September 2012 issue with Paralympian Jarryd Wallace.