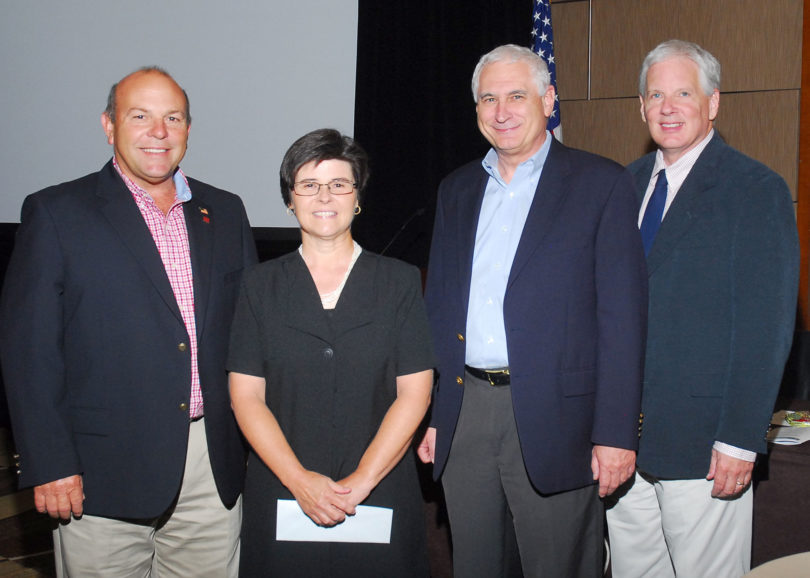 Doyle was presented the $10,000 CCFF Distinguished Agriscience Scientist Award at a ceremony held in Washington, D.C. on July 8. The federal government and the American Farm Bureau Federation support the foundation.

Doyle came to the UGA College of Agricultural and Environmental Sciences in 1993 to establish the Center for Food Safety in Griffin. As director of the center, he has developed a research program that promotes collaboration among the food industry, the university, and federal and state agencies.

His research focuses on developing methods to detect and control foodborne bacterial pathogens at all levels-from the farm to the table. He is internationally known as a leading authority on foodborne pathogens, especially E. coli O157:H7.

In the early 1980s, Doyle was the first food microbiologist to study E. coli O157:H7, the major cause of hemolytic uremic syndrome in children in the U.S.

He has received several awards for his research accomplishments, including the Nicholas Appert Award of the Institute of Food Technologists, the Public Health Honor Award of the Centers for Disease Control and Prevention and the Scientific Achievement Award of the American Meat Institute Foundation.

Doyle serves on food safety committees of many scientific organizations and has advised groups including the World Health Organization, the Institute of Medicine, the National Academy of Science-National Research Council, the International Life Sciences Institute-North America, the Food and Drug Administration, the U.S. Department of Agriculture, the U.S. Department of Defense and the U.S. Environmental Protection Agency.

“Today we honor four outstanding individuals who are involved in a wide range of agricultural pursuits,” said Maria Lombardo, chair of the foundation. “From a leader in researching food safety and security, to a high school educator who inspires her students to pursue agricultural studies, to two high school students who are conducting groundbreaking research, this year’s Agriscience Awards recipients are truly remarkable.”

The award competition was open to scientists, high school educators and high school students around the country who excel in the field of agriscience.