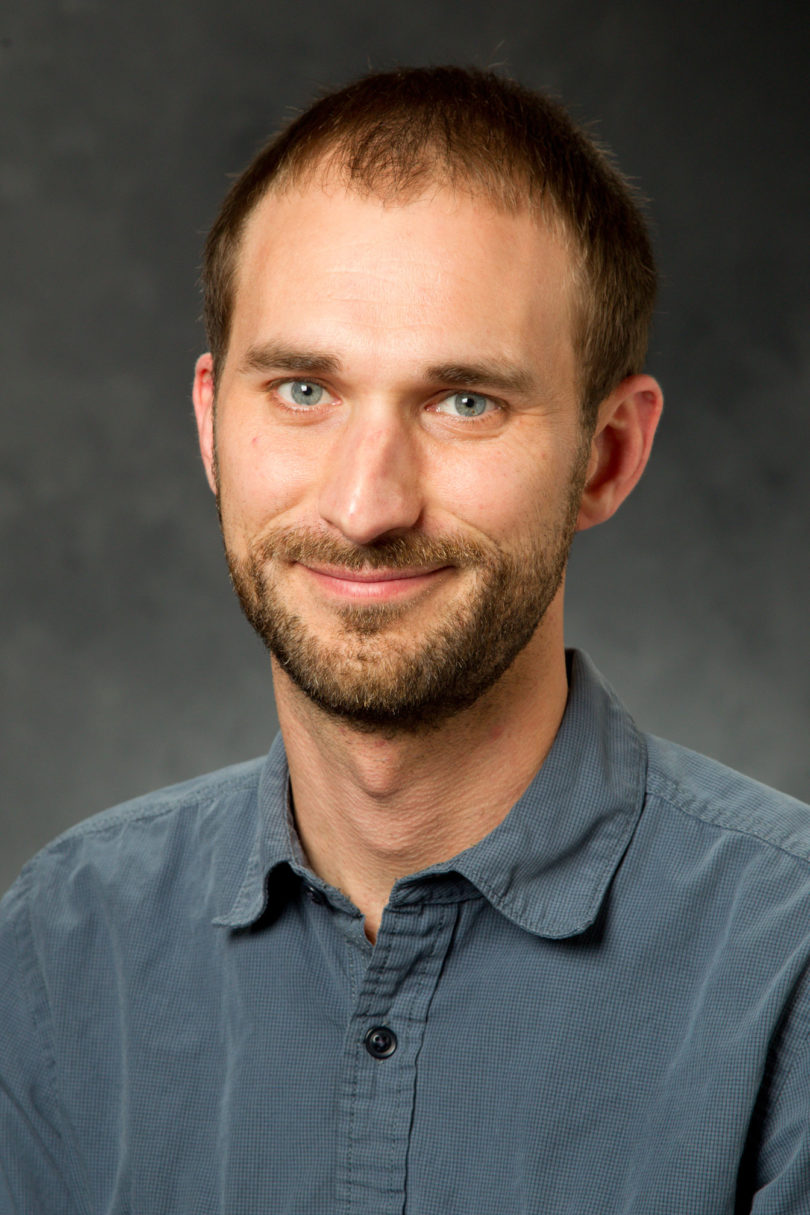 Athens, Ga. – Brian Hopkinson, an assistant professor in the University of Georgia Franklin College of Arts and Sciences department of marine sciences, has been awarded a 2014 Sloan Research Fellowship for his research on rising carbon dioxide levels in the ocean.

The fellowship is presented by the Alfred P. Sloan Foundation each year to early-career scientists and scholars whose achievements and potential identify them as part of the next generation of scientific leaders. This year, 126 fellowships were awarded to promising young scientists like Hopkinson in eight scientific and technical disciplines.

Hopkinson, an assistant professor at UGA since 2010, was awarded the $50,000 fellowship to continue his work on investigating the physiological changes that occur in marine algae and corals due to rising CO2 concentrations in the ocean.

“As CO2 in the atmosphere increases, CO2 increases in the ocean and evidence suggests these increases cause higher rates of photosynthesis in the ocean,” said Hopkinson. “The molecular details of how that works were not very well understood. But in some of our recent research, we established a decent explanation for how that happens.”

Hopkinson has also pursued initial research on the effect of CO2 concentrations on corals in the ocean using a similar method of measurement of CO2 and oxygen levels. The grant, he said, will help continue that research and fund a student in his lab.

“We are working on how corals are affected by increased CO2,” he said. “Carbonic acid reduces the amount of carbonate that’s in the water, which corals use to create their skeletons. They don’t grow as rapidly under high CO2 conditions.”

Conducting research on this topic will be valuable in the future, Hopkinson explained, as it will help paint a clearer picture of how many other organisms might react to rising CO2 levels.

Candidates for a Sloan Foundation Fellowship must be nominated by a fellow scientist. Mary Ann Moran, a Distinguished Research Professor in the department of marine sciences, nominated Hopkinson for the fellowship.

“He studies the physiology of individual microbial cells in order to understand globally important carbon fluxes in the ocean,” she said. “This helps us understand the main factors that control primary production at the cellular level, and ultimately address how future changes in those factors, such as ocean acidification and temperature shifts, will affect marine productivity.