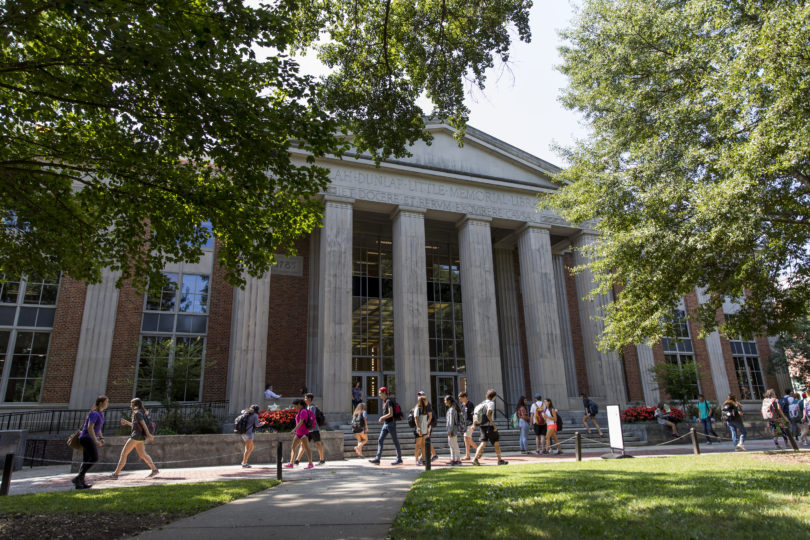 Six University of Georgia schools and colleges rose in U.S. News & World Report’s latest rankings of the nation’s best graduate schools – one of the strongest showings by UGA in the history of these rankings.

“Outstanding graduate and professional education is a hallmark of a world-class public research university,” said Morehead. “Congratulations to the faculty, staff and students whose dedicated efforts continue to elevate the reputation of the University of Georgia.”

“Our outstanding faculty and programs attract promising students from across the state and around the world to the University of Georgia,” said Libby V. Morris, UGA’s interim senior vice president for academic affairs and provost. “After earning their graduate and professional degrees, our students go on to apply their knowledge to promoting health, a more secure future and stronger communities.”

The School of Law rose five spots to No. 27 – one of the largest jumps of any law school in this year’s rankings.

Rutledge added that the new ranking is the latest in a series of top honors and initiatives for the law school. Others include being ranked, for the first time in history, the No. 1 Best Value in legal education by the National Jurist magazine; placing more than 90 percent of 2017 UGA law students in high-value jobs within 10 months of graduation; posting a top 20 placement rate for federal clerkships; and launching new programs providing financial support to first-generation college graduates and military veterans.

The School of Public and International Affairs rose to No. 5 among public affairs graduate programs. Since U.S. News began ranking public affairs programs in 1995, SPIA has consistently been in the top tier among the nation’s nearly 300 schools of public affairs.

Other institutional rankings place SPIA among the nation’s – and the world’s – top programs in public administration. In 2018, for example, Shanghai’s Academic Ranking of World Universities ranked UGA fifth globally, and first in North America.

SPIA’s rankings “demonstrate our faculty’s reputation for excellent scholarship but also for outstanding teaching,” said Matthew R. Auer, dean of the School of Public and International Affairs. “Our faculty work incredibly hard on their teaching and this shines through in the quality of students we train and send out to the professional world – whether in government, the nonprofit sector, or the academy.”

On the best business schools lists, the Full-Time MBA Program at the UGA Terry College of Business moved up three spots to be ranked No 37.

The School of Social Work’s MSW program was ranked No. 22, up two places among institutions that offer a master’s degree in social work. This is on top of last year’s jump from 38th to 24th among schools that offer an MSW.