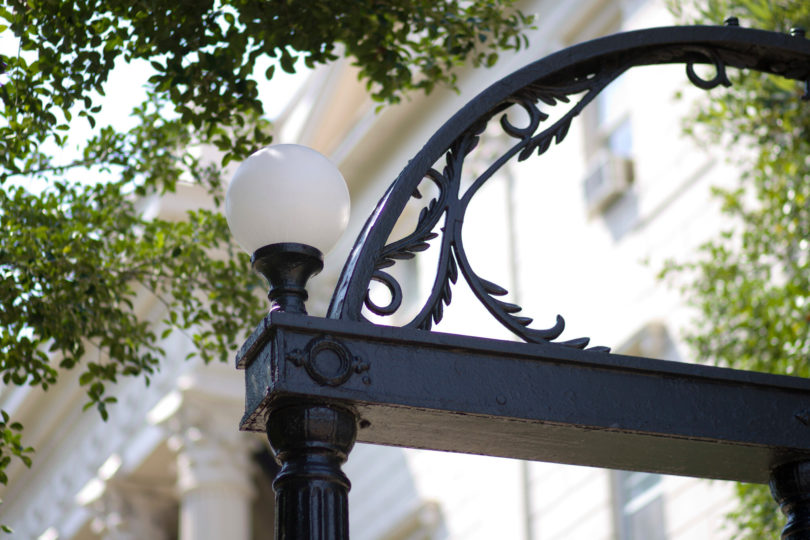 The cluster hiring initiative was sparked by the work of the Task Force on Academic Excellence launched by Provost S. Jack Hu shortly after he joined UGA in 2019

The University of Georgia is expanding a strategic faculty hiring initiative aimed at attracting leading scholars in the fields of data science and artificial intelligence.

UGA initially planned to recruit 50 faculty members when it launched the Presidential Interdisciplinary Faculty Hiring Initiative in Data Science and Artificial Intelligence in 2021. Now the university is expanding the initiative to include an additional 20 faculty positions in two interdisciplinary areas: (1) computational social sciences and (2) data science, AI and virtual reality in teaching and learning.

“The Presidential Hiring Initiative in Data Science and Artificial Intelligence is bringing world-class scholars to the University of Georgia, where they are working together to find answers to vital questions,” said President Jere W. Morehead. “The expansion of this strategic initiative will further position UGA as an interdisciplinary hub for scholarship and collaboration in areas of critical importance to our state, nation and world.”

Data science and AI are broad fields that involve the generation, storage, processing and analysis of massive data sets. New faculty hired as part of UGA’s initiative will work at the intersection of data science and AI and across a variety of disciplines. The expanded initiative features four multidisciplinary clusters that focus on broad themes: social and behavioral dynamics of health, well-being and security; applied social science interventions for communities; translational education research in health professions; and leveraging data science and AI to advance teaching and learning.

The cluster hiring initiative was sparked by the work of the Task Force on Academic Excellence launched by Provost S. Jack Hu shortly after he joined UGA in 2019. Faculty and academic leaders from across campus examined the university’s areas of strength and identified areas of opportunity to guide strategic investments that would maximize the institution’s impact. Further discussions among the task force, the university’s Teaching Academy and the Provost’s Academic Leadership Group led to the expansion of the hiring initiative.

“Data science and AI have rapidly become an integral component of nearly every academic discipline, and their importance will only grow in the future,” said Hu. “Our deep commitment to interdisciplinary teaching and research at the University of Georgia is putting us on the leading edge of innovation and discovery in these exciting fields.”

Building on UGA’s strength in data science and AI

Faculty recruited through the expanded hiring initiative will join a robust group of scholars leveraging big data in nearly every school and college at UGA to address crosscutting areas such as infectious diseases, precision agriculture, resilient communities and more.

For example, Xiaoming Zhai, an assistant professor in the Mary Frances Early College of Education’s department of mathematics, science and social studies education, recently received a $3 million grant from the National Science Foundation to enhance artificial intelligence and machine learning-based assessments in classrooms. The project will examine the effectiveness of a system designed to help science teachers make instructional decisions based on automatically generated reports pulled from students’ performance on assessments.

In the Warnell School of Forestry and Natural Resources, researchers are using artificial intelligence to understand potential problems in forests. Rather than walking through a pine stand to collect data from the ground, researchers are using high-resolution images collected by drones to show trees in 260 different sections of the light spectrum, some of which are invisible to the naked eye. When collected alongside weather data, tree stand information and a multitude of other variables, these images create an opportunity to leverage AI to improve modeling predictions about forest health.

An interdisciplinary team of scientists in the UGA Center for the Ecology of Infectious Diseases is working on a way to use big data to forecast pandemics in the same way meteorologists forecast the weather. The researchers, led by Regents’ Professor John Drake of the Odum School of Ecology, have been awarded a $1 million grant from the National Science Foundation to build systems for infectious disease intelligence that could predict — and ultimately help prevent — novel pandemics such as COVID-19.

Interdisciplinary units at UGA such as the Georgia Informatics Institutes for Research and Education and the Institute for Artificial Intelligence are fostering collaboration among faculty in multiple departments across campus.

The Georgia Informatics Institutes help faculty use informatics as a tool to answer research questions while making it easier for them to incorporate informatics into their instruction. The unit is housed in the College of Engineering but includes faculty in fields ranging from engineering and health to business and the humanities. The Institute for Artificial Intelligence is an interdisciplinary research and instructional unit housed in the Franklin College of Arts and Sciences that includes faculty in fields ranging from computer science and psychology to linguistics and forestry.

“Data science and artificial intelligence are transforming research and practice in a wide range of disciplines,” said Usha R. Rodrigues, interim vice provost for academic affairs. “By bringing additional faculty in these areas to the University of Georgia, we will build on UGA’s excellence in teaching, research and service and help communities address important challenges head-on.”