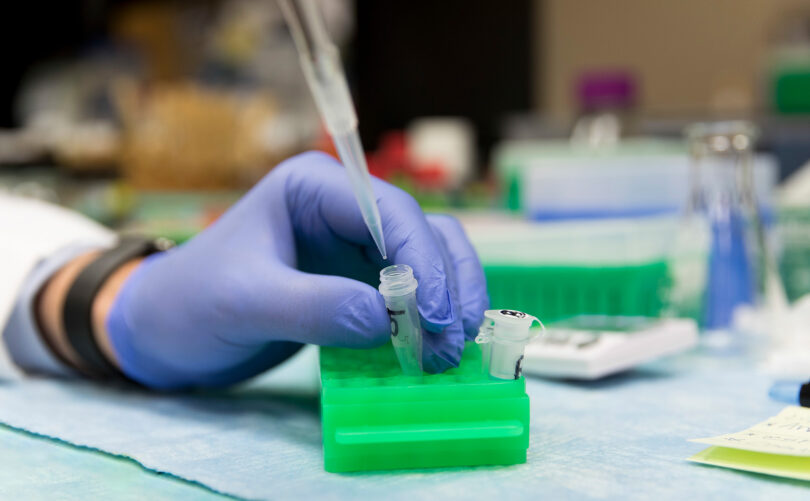 Poultry vaccines and research tools, along with plant varieties, software and educational tools, are among the 53 products developed by UGA industry partners from university research in fiscal 2019—the most of any university in the country that year. (Photo by Andrew Davis Tucker/UGA)

The University of Georgia has returned to the top of AUTM’s national rankings for the number of products developed by industry partners based on UGA research discoveries, marking the seventh straight year UGA has placed among the top five schools in the country for this metric.

AUTM, formerly known as the Association of University Technology Managers, conducts an annual survey of intellectual property licensing and startup activities by universities and research centers, and then turns the survey data into a report that can be used to rank those institutions along a number of tech-transfer categories. This latest survey is based on data from fiscal year 2019. With 53 products reaching the market, UGA is once again the No. 1 institution in the country for new research-based products brought to market by industry partners. 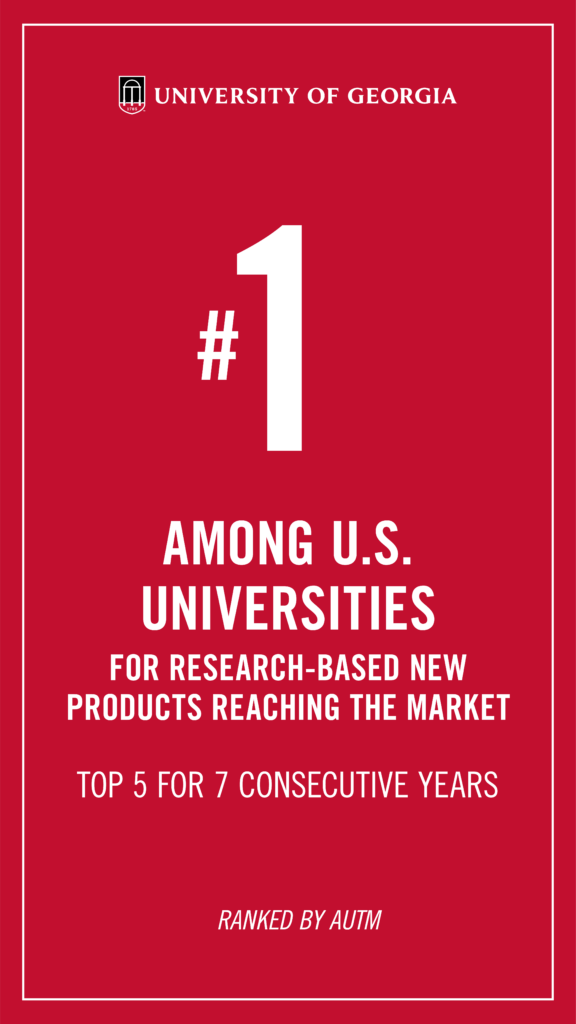 “I am pleased that UGA continues to lead among our peer institutions when it comes to research commercialization,” said David Lee, vice president for research. “Our success starts with the innovative research done by our outstanding faculty, staff and students, but it also depends on the dedication and expertise of the Innovation Gateway staff. As demonstrated by the metrics, it’s a highly successful collaboration with attendant benefits for society.”

The new products ranking is just one of the AUTM metrics in which UGA once again performed well. The university also can claim:

Though it captures activity from nearly two years ago, the new AUTM report helps to quantify and benchmark the groundswell of innovation and entrepreneurial activities that underlie UGA’s Innovation District initiative. Along with other metrics, like the growing number of faculty being elected Fellows and Senior Members of the National Academy of Inventors, the AUTM report also suggests that investments the university began making years ago in its innovation ecosystem are paying off.

“These rankings line up with industry interest in licensing the kinds of innovation emerging from UGA research labs,” said Derek Eberhart, associate vice president for research and executive director of Innovation Gateway. “On the startup side, we’re proud of the number of new startups, but also the number of companies still active. Our philosophy is not just to start a bunch of companies—it’s to help nurture those projects to the point where it’s clear that, yes, it’s time to start a company and there’s a viable path forward.”

While all of the 53 products that earned UGA its top ranking may not be available at your local pharmacy or home-improvement store, they break down among familiar categories: horticultural and commercial plant cultivars, software and educational tools, research and laboratory tools, and animal health products. Several, for example, are poultry vaccines developed to protect against pathogens impacting Georgia’s poultry industry.

“These are vaccines being used on a broad basis by individual companies,” Eberhart said. “It’s a huge boon for the industry. You can’t go buy a poultry vaccine off the shelf, but it’s critical for protecting poultry in the state, which is a $20 billion to $30 billion industry in Georgia.”

Senior Vice President for Academic Affairs and Provost S. Jack Hu said that UGA’s consistent record of success in turning ideas into inventions underscores the depth of the talent at the university and its commitment to impactful research.

“Our leadership in technology commercialization is the result of a concerted effort in investing in impactful research,” Hu said. “We are committed to innovation that benefits our state and world.”