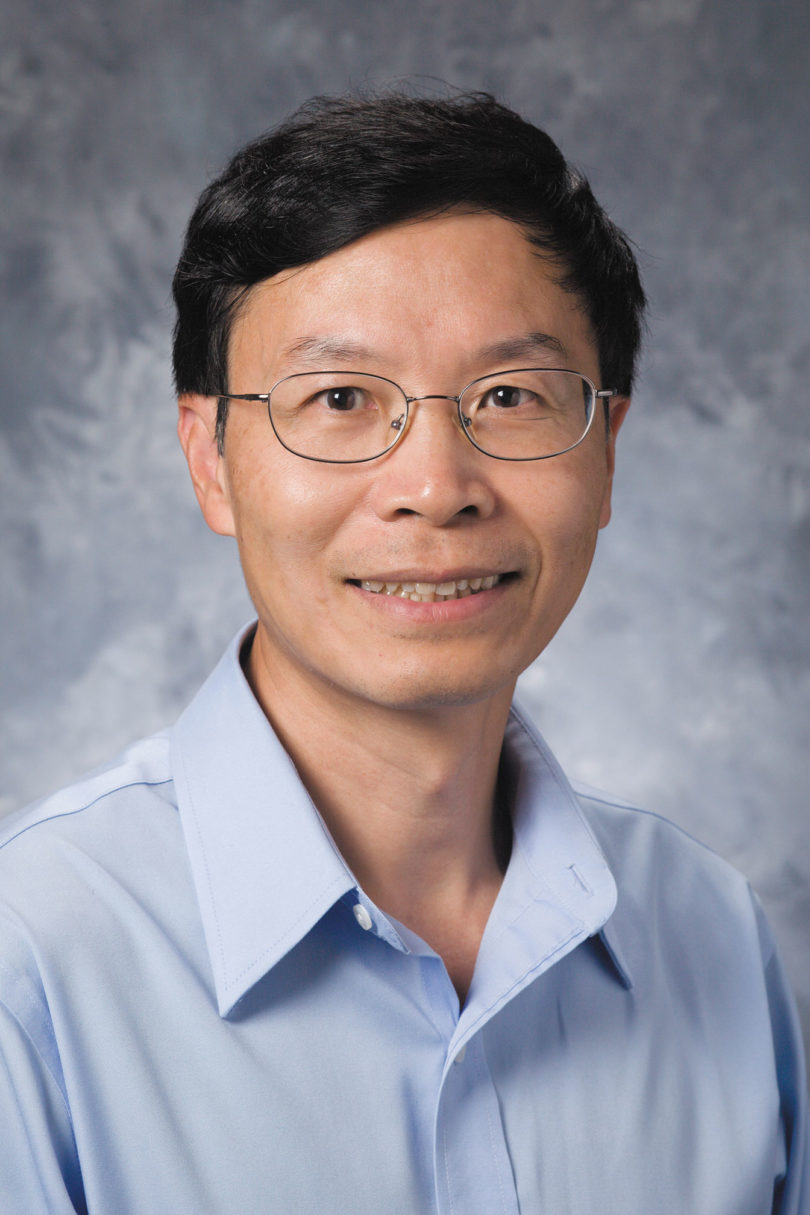 Han-Rong Weng is an assistant professor of pharmaceutical and biomedical sciences in the UGA College of Pharmacy.

Athens, Ga. – Taxol, generically called paclitaxel, is a widely used drug in chemotherapy treatments. Taxol is used to treat cancer in the lungs, ovaries and breast, but it can also cause severe neuropathic pain and sensory dysfunction. University of Georgia researchers found that lithium reduces the unwanted pain accompanying the use of Taxol.

“Neuropathic pain caused by the chemotherapy drug Taxol is a clinical challenger both to the doctor and the patient with the cancer, because currently there is no effective treatment for this type of pain,” said Han-Rong Weng, an assistant professor of pharmaceutical and biomedical sciences in the UGA College of Pharmacy.

Weng and his team are the first group of researchers to discover that lithium, which is commonly used to treat depression and other mental illnesses, can reduce and prevent Taxol-induced neuropathic pain.

Using a rat model, Weng tested the effects of treating patients with lithium before administering Taxol, to reduce nerve pain. After 10 days, rats were tested for their mechanical and thermal sensitivity to determine the presence of allodynia, a type of sensory nerve pain that can be caused by touch.

Rats pre-treated with lithium experienced less pain and ultimately no pain, according to the results, which are available in the online version of Neuroscience.

Weng and his team also discovered one way lithium prevents nerve pain caused by Taxol. Taxol increases the spinal nerve activities of a kinase called glycogen synthase kinase 3 beta, which contributes to nerve inflammation. This inflammation is usually an early response to protect the body from further tissue damage or infection. However, uncontrolled inflammation on the spinal cord nerves can lead to pathological pain.

Lithium blocks that activity, thus preventing that pain. Knowing this pathway is important because it tells researchers what biological processes are being affected when lithium is used.

Weng said this is just the beginning of their exploration with lithium. Next, the researchers must determine how effective lithium treatment will be in cancer patients and whether it will produce additional, conflicting side effects.

“The (next) step we want to do here is see what is the significant mechanism underlying this effect,” Weng said, “and what significant pathway is used by lithium to regulate this kind of activity.”

The National Cancer Institute estimates that 30 to 40 percent of cancer patients treated with chemotherapy experience nerve pain. This pain can last for years and affect a patient’s ability to walk and write.

Identifying lithium as a potential drug puts researchers one step closer to developing a treatment. Weng said he and his team hope to find a treatment that still allows for the use of Taxol but frees patients from the dilemma of choosing between survival and long-term nerve pain.

Contributing authors on this paper include Mei Gao and Xisheng Yan, both of whom are postdoctoral associates in the College of Pharmacy.

This research was funded by the National Institutes of Health. An online version of the paper is available at http://www.sciencedirect.com/science/article/pii/S0306452213008051.