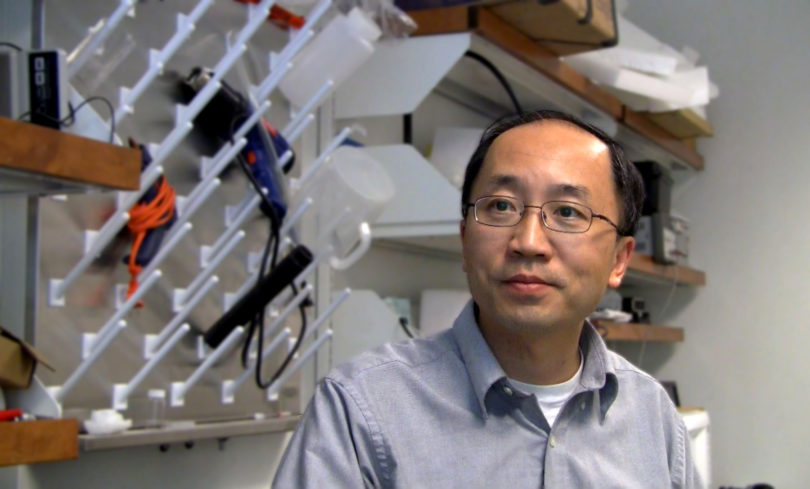 Athens, Ga. – Using nanoparticles and alternating magnetic fields, University of Georgia scientists have found that head and neck cancerous tumor cells in mice can be killed in half an hour without harming healthy cells.

The findings, published recently in the journal Theranostics, mark the first time to the researchers’ knowledge this cancer type has been treated using magnetic iron oxide nanoparticle-induced hyperthermia, or above-normal body temperatures, in laboratory mice.

“We show that we can use a small concentration of nanoparticles to kill the cancer cells,” said Qun Zhao, lead author and assistant professor of physics in the Franklin College of Arts and Sciences. Researchers found that the treatment easily destroyed the cells of cancerous tumors that were composed entirely of a type of tissue that covers the surface of a body, which is also known as epithelium.

Several researchers around the globe are exploring the use of heated nanoparticles as a potential cancer treatment. Previous studies also have shown that high temperatures created by combining magnetic iron oxide nanoparticles with strong alternating magnetic currents can create enough heat to kill tumor cells. Zhao said he is optimistic about his findings, but explained that future studies will need to include larger animals before a human clinical trial could be considered.

For the experiment, researchers injected a tiny amount—a tenth of a teaspoon, or 0.5 milliliter—of nanoparticle solution directly into the tumor site. With the mouse relaxed under anesthesia, they placed the animal in a plastic tube wrapped with a wire coil that generated magnetic fields that alternated directions 100,000 times each second. The magnetic fields produced by the wire coil heated only the concentrated nanoparticles within the cancerous tumor and left the surrounding healthy cells and tissue unharmed.

Zhao said the study paves the way for additional research that might investigate how to use a biodegradable nanoparticle material similar to magnetic iron oxide for other roles in fighting cancer, such as carrying and delivering anti-cancer drugs to the tumor site.

“When the cancer cell is experiencing this heated environment, then it becomes more susceptible to drugs,” Zhao said.

Magnetic iron oxide nanoparticles could be useful in improving the contrast in magnetic resonance imaging at a cancer site, he said. In other words, the nanoparticles could help physicians detect cancer even if the cancer is not visible to the naked eye with an MRI scan.

“The reason I am interested in using these magnetic nanoparticles is because we hope to one day be able to offer diagnosis and therapeutics, or theranostics, using a single agent,” Zhao said.

The research was supported by a National Cancer Institute Head and Neck Specialized Program of Research Excellence at Emory University.

For a video describing the finding, see http://www.youtube.com/watch?v=kUoxJu_fx4k.