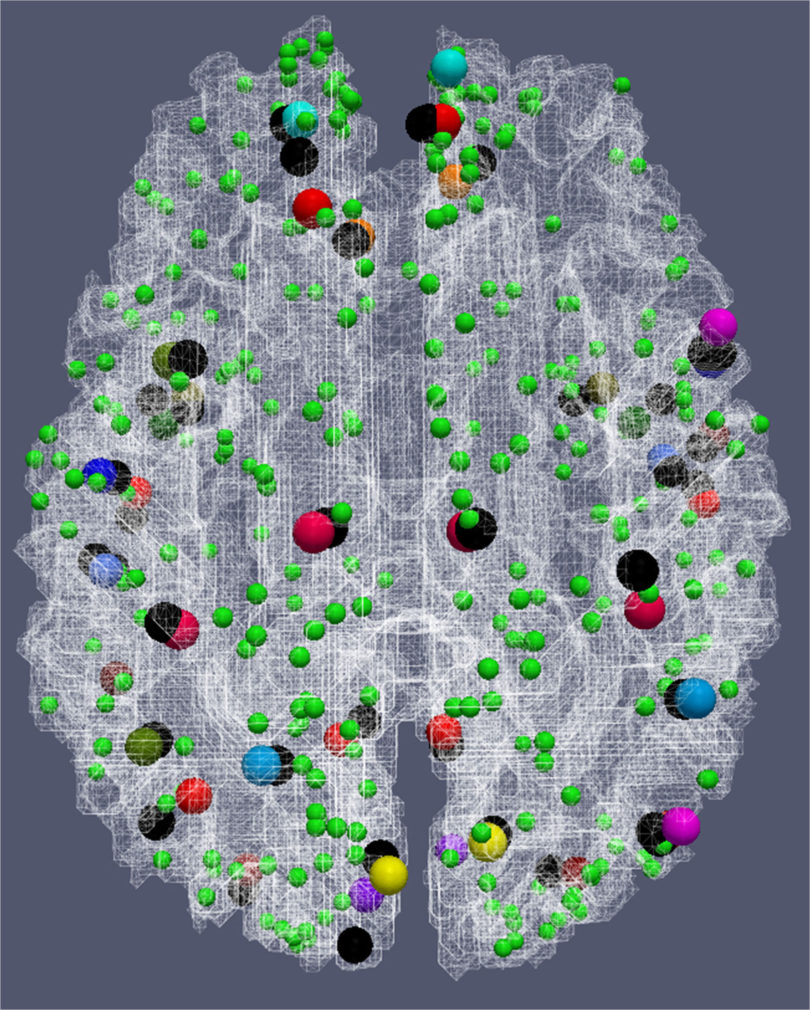 Athens, Ga. – Researchers at the University of Georgia are developing new maps of the human brain that promise to help in the diagnosis and treatment of Alzheimer’s disease and other forms of dementia.

Their project, supported in part by a five-year $1.3 million grant from the National Institutes of Health, compares the function of normal brains with those of patients diagnosed with mild cognitive impairment, or MCI, a condition characterized by declined memory or thinking ability.

“Not surprisingly, we have observed that healthy brains function in a much more consistent, predictable way than those with disease,” said Tianming Liu, lead researcher for the project and associate professor of computer science in the UGA Franklin College of Arts and Sciences. “But each MCI patient might have a different pattern of brain network disruption, so if we determine how all these networks are related to a person’s health, we can create new diagnostics and open new avenues for therapies.”

Liu and his colleagues will work in partnership with the Duke University Medical Center and the University of North Carolina, Chapel Hill to obtain brain scans of patients diagnosed with MCI. Comparing these scans to those of healthy brains will give clues as to how much of the diseased brain is disrupted and how different levels of disruption affect cognition.

“We know that 15 to 20 percent of patients with mild cognitive impairment will go on to develop Alzheimer’s disease,” said Liu, who is head of the Cortical Architecture Imaging and Discovery Laboratory. “We think that we can help identify changes in brain function that are the precursors to more advanced forms of dementia.”

He is one of several UGA researchers currently investigating the functional brain changes that lead to dementia. Psychology professor and Bio-Imaging Research Center director Stephen Miller is leading a team that uses fMRI brain scans to learn how activity in the brain’s lateral temporal lobes relates to memory and cognition, an approach he hopes will result in better diagnostic tools.

Liu’s approach is built upon years of painstaking research that identified more than 350 unique landmarks throughout the cerebral cortex using diffusion tensor imaging, an advanced neuroimaging technique. Each of these landmarks represents a physical connection in the brain related to memory, vision, language, arousal regulation and other fundamental operations.

The connections, which Liu has named “dense individualized and common connectivity-based cortical landmarks,” or DICCCOL, are present in every normal brain, so they can be used as a basis of comparison for those with damaged brain tissue or altered brain function.

Liu is currently working on a second generation DICCCOL brain map that will expand the number of unique brain networks from a few hundred to more than 1,000.

“As we develop a higher-resolution picture of brain, we have a better chance of pinpointing very subtle changes in the brain’s function that lead to disease,” Liu said.

Liu has made the source code for the DICCCOL system available for free to other researchers in search of collaboration online, and he hopes they will find the system useful in the investigation of other brain-related disorders.

“We are already working on projects related to autism, attention deficit hyperactivity disorder, depression, schizophrenia and post-traumatic stress disorder,” he said. “There are a lot of potential applications for the DICCCOL system.”

Those interested in learning more about Liu’s research or to download the DICCCOL source code may do so at http://caid.cs.uga.edu.

This project is funded through a grant from the National Institutes of Health under project number 1R01AG042599-01A1.