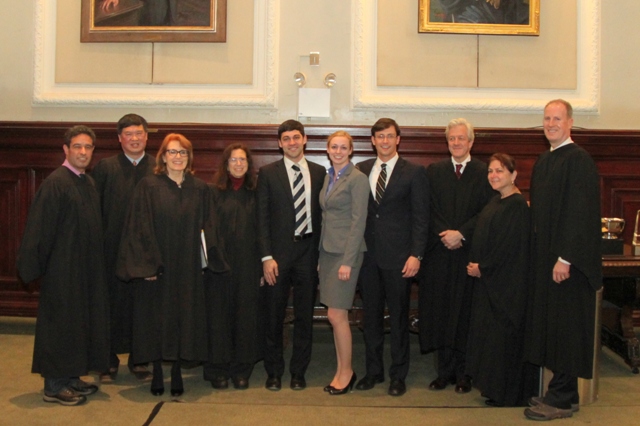 Athens, Ga. – The University of Georgia School of Law recently won the 64th Annual National Moot Court Competition, which is the oldest and most prestigious moot court competition in the country.

Georgia Law Director of Advocacy Kellie Casey said the last time a UGA team won this tournament was in 1997 and last year we finished in second place. “This competition, being one of the oldest and most respected, is certainly one of the most important. Our victory here is definitely something to celebrate.”

More than 190 teams from law schools across the nation competed in this year’s contest, which was sponsored by the New York City Bar Association and the American College of Trial Lawyers.