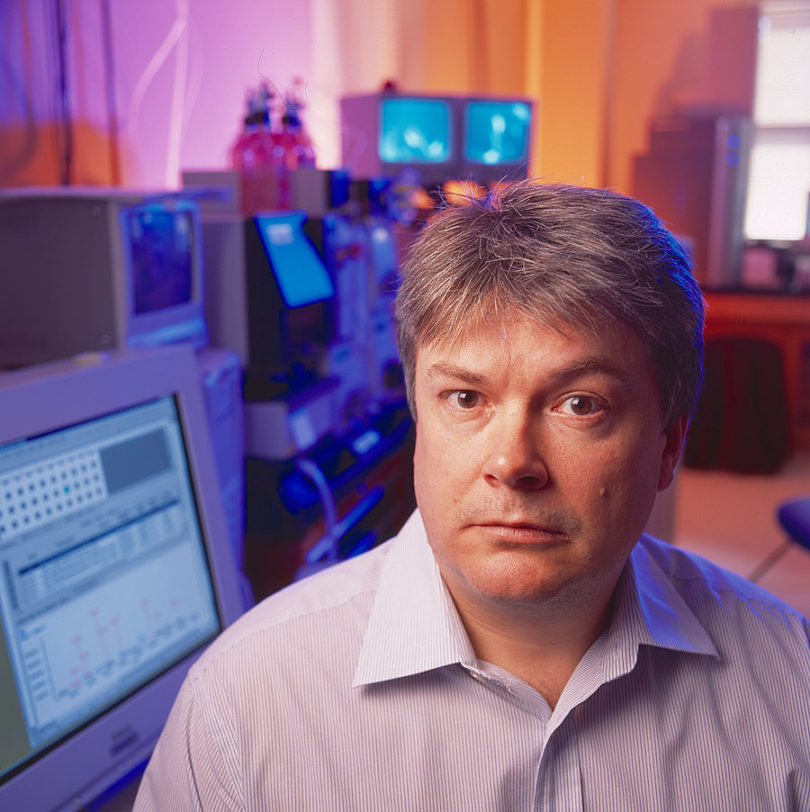 Athens, Ga. – In principle, stem cells offer scientists the opportunity to create specific cell types-such as nerve or heart cells-to replace tissues damaged by age or disease. In reality, coaxing stem cells to become the desired cell type can be challenging, to say the least.

In a paper published this week in the journal Proceedings of the National Academy of Sciences, however, scientists at the University of Georgia describe a method that-in a single step-directs undifferentiated, or pluripotent, stem cells to become neural crest cells, which are the precursors of bone cells, smooth muscle cells and neurons.

“Now that we have methods for efficiently making neural crest stem cells, we can start to use them to better understand human diseases,” said lead author Stephen Dalton, Georgia Research Alliance Eminent Scholar of Molecular Biology and professor of cellular biology in the UGA Franklin College of Arts and Sciences. “The cells also can be used in drug discovery and potentially in cell therapy, which involves the transplantation of cells.”

The process by which a pluripotent stem cell, which has the ability to become any type of cell in the body, becomes a specific cell type is orchestrated by signaling molecules that activate specific “decision” pathways within cells. As a stem cell divides, various combinations of these molecules at different points during its development narrow its possible outcomes so that it ultimately becomes one type of cell, a skin cell, for example, instead of, say, a muscle cell.

Until now, creating neural crest cells relied on a mix of science and serendipity. Scientists would take undifferentiated stem cells and direct them to become a related but different cell type known as neural progenitor cells. The neural crest cells they really wanted would often show up as contaminants, which scientists would then isolate and use for their studies. Not surprisingly, the process was laborious, time consuming, expensive and sub-optimal for clinical applications.

The method developed by Dalton and a post-doctoral researcher in his laboratory, Laura Menendez, involves bathing cells in a solution of small molecules that suppress one pathway, known as Smad, and amplify another, known as Wnt. The inhibition of Smad is used in the process that creates the related neural progenitor cells, which suggested that the pathway could also play a role in the development of neural crest cells. Observing that the Wnt pathway is highly active in the formation of the neural crest in developing organisms led Dalton and his team to suspect that activating the pathway could give them the cells they needed. After testing various concentrations of the signaling molecules and determining the optimal time to deliver them, the scientists discovered that they could create neural crest cells with little or no contamination of other cell types.

The new method cuts the amount of time required to generate the cells by approximately one-half. Dalton said another benefit is that instead of using costly large-molecule compounds known as growth factors and cytokines to direct the differentiation of cells, his method uses inexpensive small molecules that have a much higher degree of consistency.

With their newly developed ability to create neural crest cells, Dalton and his team are working to gain a deeper understanding of normal development-as well as what goes wrong in devastating diseases that are associated with neural crest defects, such as Hirschsprung’s disease, DiGeorge syndrome and Treacher-Collins syndrome.

The cells that Dalton and his team have created are self-renewing, which means that multiple additional cells can be created from an initial batch. Having large numbers of cells that can easily be stored is essential for drug testing as well as for cell transplantation, the holy grail of stem cell science. “Now that we’ve worked out ways for making the cells, we’ve greatly enhanced their potential in disease modeling and regenerative medicine,” Dalton said.

Additional authors on the paper are Professor Parker Antin and Assistant Scientific Investigator Tatiana Yatskievych from the University of Arizona.

Note to editors: For a high-resolution image of Dalton, see http://multimedia.uga.edu/media/images/1Dalton.jpg.