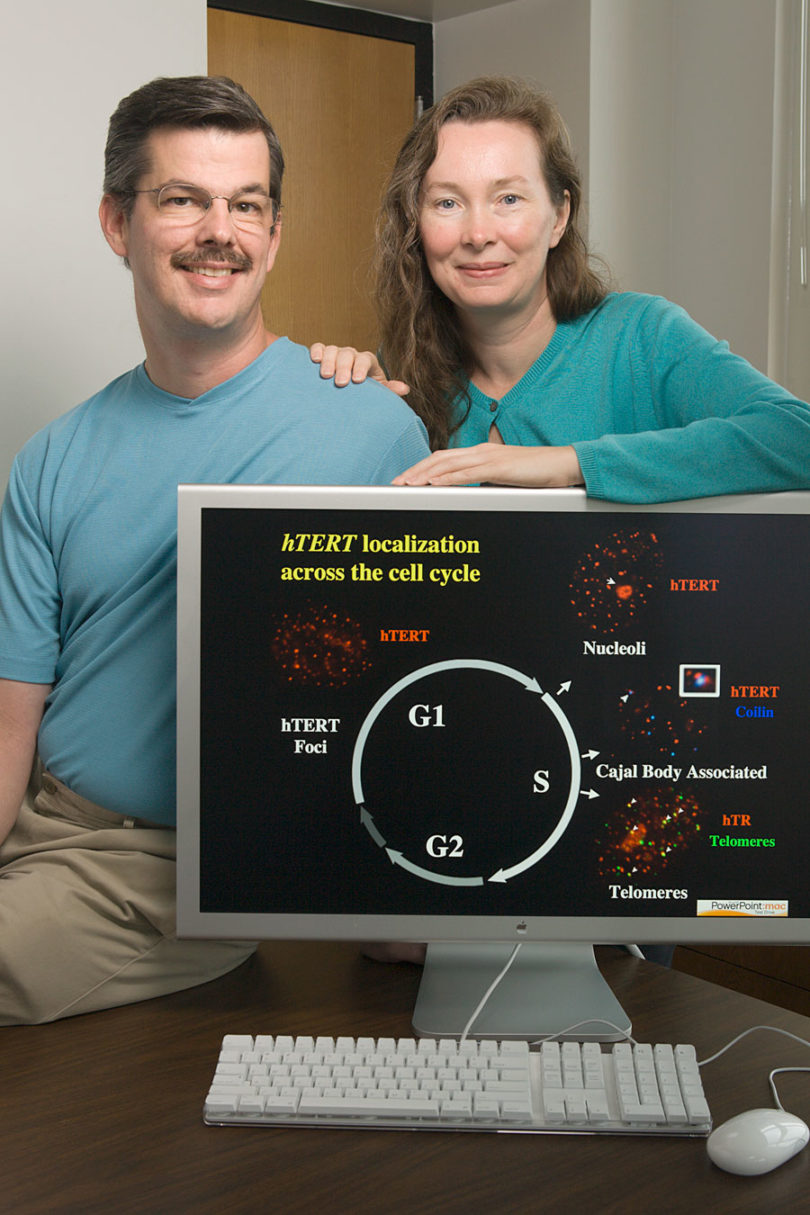 Athens, Ga. – The knowledge that bacteria possess adaptable immune systems that protect them from individual viruses and other foreign invaders is relatively new to science, and researchers across the globe are working to learn how these systems function and to apply that knowledge in industry and medicine.

Now, a team of University of Georgia researchers has discovered how to harness this bacterial immune system to selectively target and silence genes. The finding, published today in the early online edition of the journal Molecular Cell, reveals a powerful new tool that has far-reaching implications for biotechnology and biomedical research.

“Scientists study bacteria and other microorganisms to understand essential life processes as well as to improve their use in the safe production of foods, biofuels and pharmaceuticals, and to fight those that cause disease,” said Michael Terns, a professor in the departments of biochemistry and molecular biology, and genetics in the UGA Franklin College of Arts and Sciences. “And now we have a new way to engineer bacteria to decrease or even eliminate the expression of the genes of our choosing.”

The bacterial immune system consists of two components. The first is an RNA (a molecule that, like DNA, contains genetic information) that acts as a homing signal to target a virus or another cellular invader. The second component is a complex of proteins that cleaves the invader’s genetic material. In a 2009 paper published in the journal Cell, Terns, co-principal investigator Becky Terns and their colleagues were the first to describe how this pathway, known as the Cmr branch of the CRISPR-Cas immune system, works.

In their latest study, the researchers further their understanding of the system and use that in-depth knowledge to essentially hijack the bacterial immune system to direct its homing system to a target of their choosing. Using customized CRISPR RNAs with a modified homing signal, the scientists were able to destroy the message for a protein that is responsible for resistance to the most commonly prescribed family of antibiotics, the beta-lactam antibiotics (that includes, for example, amoxicillin).

Becky Terns, co-leader of the UGA team, explained, “In this study we identified the key features of the RNAs that the system normally uses, and then showed that using this information we can program the system with engineered ‘homing’ RNAs to destroy new targets. New targets would go beyond viruses and other invaders to include essentially any gene present in the organism being studied. And because we have defined the components of this system, it is possible that we can introduce it into organisms that do not already possess it to further expand the potential industrial and biomedical applications.”

She pointed out that most known CRISPR-Cas systems target and cleave DNA. The system that the UGA team studies is the only known example of a CRISPR-Cas system that targets RNA, the molecule that functions as an intermediary between DNA and the proteins that carry out various functions within cells. “Cleaving its own DNA would kill an organism. Silencing specific RNAs allows more sophisticated applications,” Terns said.

Researchers could systematically shut down the function of individual genes, for example, to discern the role they play in essential cellular processes. Gene expression could be modified in bacteria that are used to break down plant materials for biofuels or that produce medications, such as insulin, to improve quality and production.

“This detailed biochemical study of a new branch of the CRISPR-Cas defense system-one that targets RNA molecules-has shed light on a powerful weapon in the bacterial arsenal against invading viruses and mobile elements,” said Michael Bender, who oversees RNA processing and function grants at the National Institutes of Health’s National Institute of General Medical Sciences. “In addition, by defining the key components of the system, Drs. Terns and their colleagues have set the stage for the development of a new tool for targeting specific RNA molecules in diverse cell types, potentially providing biomedical researchers with a valuable new way to analyze gene functions.”

Michael Terns added, “The possibility of exploiting the CRISPR-Cas system in biotechnology has been discussed since its discovery, and this work begins to realize some of that enormous potential.”

The research was funded by the National Institutes of Health, including American Recovery and Reinvestment Act funds.