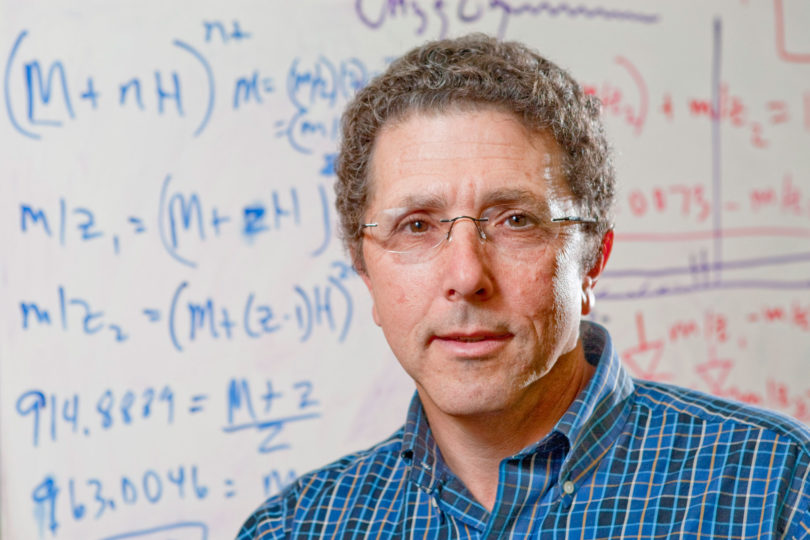 Athens, Ga. – If genes provide the blueprint for life and proteins are the machines that do much of the work for cells, then carbohydrates that are linked to proteins are among the tools that enable cells to communicate with the outside world and each other. But until now, scientists have been unable to determine the structure of a biologically important so-called GAG proteoglycan-or even to agree whether these remarkably complex molecules have well-defined structures.

In a paper published in the early online edition of the journal Nature Chemical Biology, however, a team of scientists from the University of Georgia and Rensselaer Polytechnic Institute announced that it has, for the first time, determined the sequence and structure of a glycosaminoglycan, or GAG, proteoglycan.

“The fact that a structure even exists is surprising, because people had the sense that the complexity of these molecules pointed to a randomness,” said study co-author Jonathan Amster, professor and head of the department of chemistry in the UGA Franklin College of Arts and Sciences. “There are many different areas in medicine that will be enabled by understanding carbohydrates at this fundamental level.”

Modifications to the GAG, or carbohydrate biopolymer, portion of proteoglycans have been associated with the presence and malignancy of certain cancers, for example, and the researchers noted that the identification of carbohydrates that are involved in disease opens the door to the development of drugs that can block their action.

The field of glycobiology is still in its infancy, largely because attempts to sequence proteoglycans have, until now, ended in frustration and failure. A small sample of DNA can be amplified many times, and its sequence, or arrangement of molecules, can be determined quickly with modern tools. DNA is simply a set of instructions for making proteins, so a sample of DNA also can allow scientists to produce copious quantities of protein for study.

Carbohydrates, however, are a bit messier. Scientists don’t fully understand how cells create them, and a given proteoglycan exists in multiple forms that are similar but not quite the same.

The researchers chose the simplest known GAG proteoglycan, a compound known as bikunin that is used in Japan for the treatment of acute pancreatitis, for their study. Of course, simplicity is a relative term: the sugar is composed of up to 55 distinct carbohydrate rings, which means that there are 210 billion different sequence possibilities. Previous studies performed over the past five years by the researchers that identified common sequences within the carbohydrate decreased the expected number of sequences to a mere 43 million.

Past attempts to sequence proteoglycans have relied on the so-called “bottom up” approach in which scientists use enzymes to chop a molecule into its component parts and then try to put it back together, like a puzzle. Using an alternative approach known as the “top down” method, the scientists placed the compound into high-powered mass spectrometers in both the Amster and Linhardt labs that allowed them to break the compound in predictable places. With larger puzzle pieces to work with, the scientists were able to deduce the structure of bikunin.

“Now that we have demonstrated that bikunin, a small chondroitin sulfate proteoglycan, has sequence, we are moving on to larger, more structurally complex dermatan sulfate and heparan sulfate proteoglycans,” said study co-author Robert Linhardt, professor at Rensselaer Polytechnic Institute. “These show important biological activities in development and in cancer, and we are optimistic that our sequencing approach will work here as well.”

Like all groundbreaking scientific discoveries, the finding actually raises more questions than it answers. Amster explained that the addition of sulfate to the sugar, for example, could in principle occur anywhere along the carbohydrate chain. What the researchers found, however, was that the sites of sulfation occur only in particular rings. “That was the unexpected finding,” Amster said, “because based on the current understanding of biology, there is no known mechanism for controlling that type of specificity.”

As they work to determine the structure of more complex proteoglycans, the scientists hope that their findings will encourage other researchers to consider the role that they play in health.

“We know that carbohydrates are how cells communicate with each other and their environment, but they’re also likely to play many roles that we can’t even envision yet,” Amster said. “And in order to understand them, we need to be able to study them at this molecular level.”

In addition to Amster and Linhardt, additional authors include Mellisa Ly and Tatiana Laremore from Rensselaer Polytechnic Institute, Franklin Leach from UGA, and Toshihiko Toida from Chiba University in Japan.

The study was funded by the Institute of General Medical Sciences of the National Institutes of Health.