Growing up in Richmond Hill, Georgia, Luke Zwicker always watched his dad pilot transport aircraft for the Air National Guard and dreamed of his day in the pilot’s seat. Eventually, his dad bought their family a plane to get Luke and his three brothers more acquainted with flying.

Zwicker got his pilot’s license while he was still in high school, and he devoted every spare moment to the art of flying. 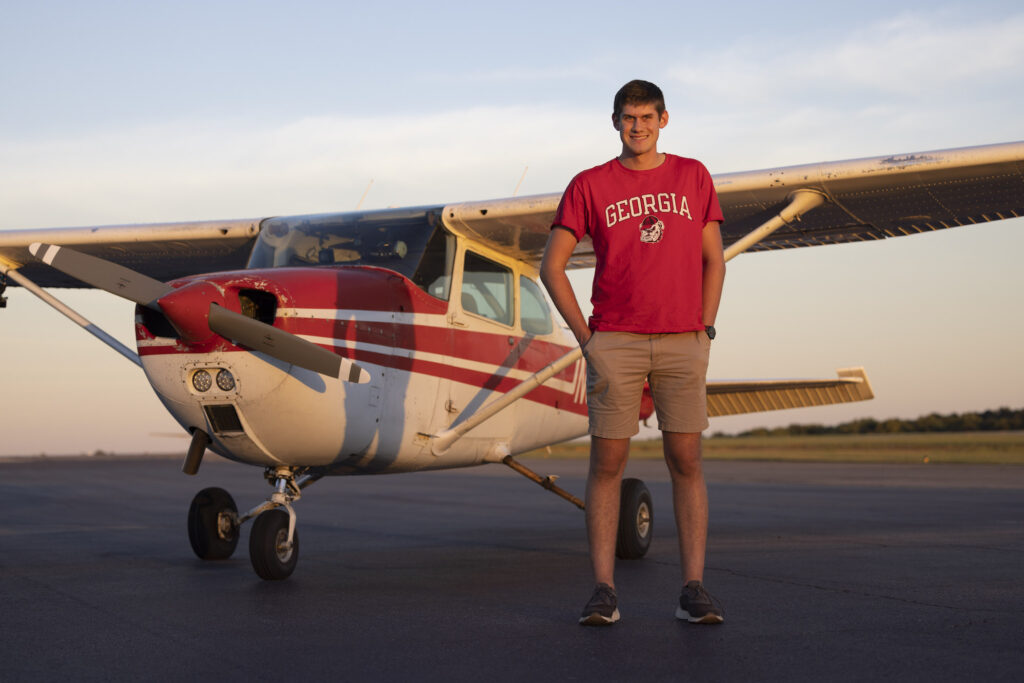 “I would just tear anything apart that was aviation related, YouTube videos and podcasts. Most people, they’ll take an online ground school, but I just read a textbook,” Zwicker said. “I don’t read textbooks. I should, but it’s hard. But for some reason, everything aviation, I was able to gobble it up.”

As a freshman on the University of Georgia campus, Zwicker found out about the UGA Aviation Club, connecting him with a new community of like-minded students.

“I actually met the president just by happenstance in one of the dining halls because I heard him talking about planes. Whenever someone who likes aviation hears someone else talking about planes, they’re always listening in,” Zwicker recalled. “I went up to him and asked if he was a pilot, and he was like, ‘Yeah, I’m the president of the aviation club.’ I didn’t even know we had that.”

Fast forward to the COVID shutdown of early 2020: As coursework moved online, Zwicker used his spare time back at home to focus on getting his commercial and flight instructor certifications. 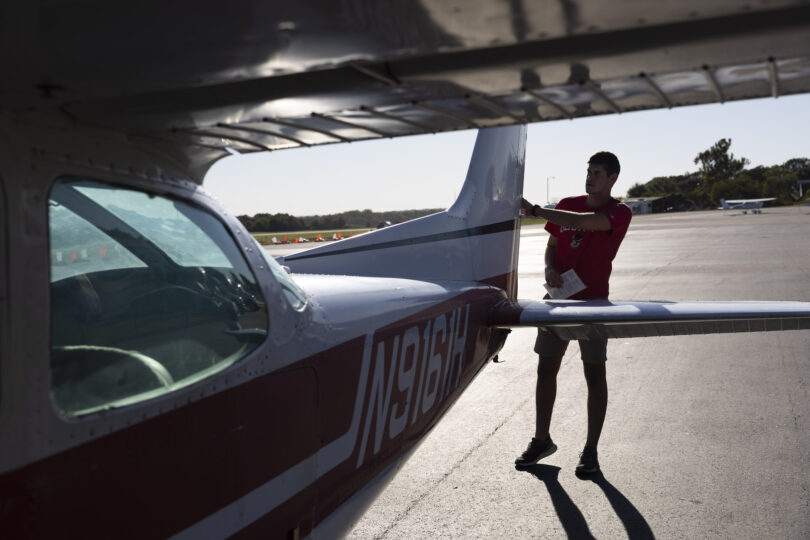 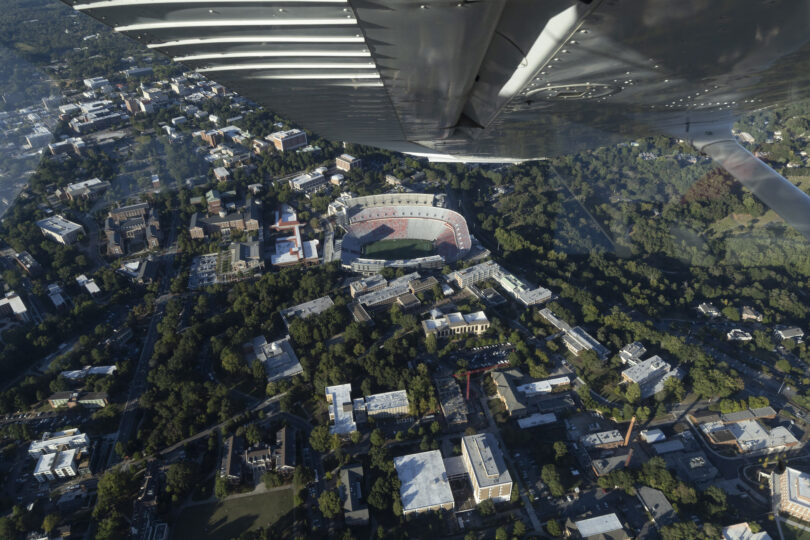 A scenic view of Sanford Stadium from the Cessna 172 flown by Luke Zwicker. (Photo by Peter Frey/UGA) 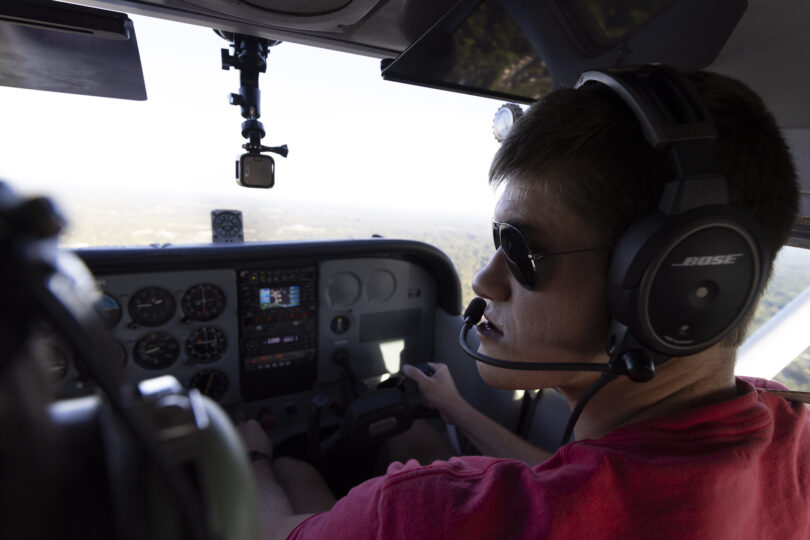 As students returned to campus, Zwicker continued his involvement with the aviation club, even serving as vice president of recruitment his junior year. During this time, he helped several UGA students and community members attain their own pilot’s license, including UGA Police officer Wesley Durkit.

“He allows you to make your mistakes, but in a very safe way,” said Durkit, commenting on Zwicker’s teaching style. “A lot of instructors will take over immediately, but that doesn’t teach you anything. The environment that he creates is what I think students learn best from.”

Zwicker also works with Durkit at a local Christian youth program, Wings of Grace Ministries. Here, he is able to help even more students, in this case young teens, gain their pilot’s license through an affordable program. 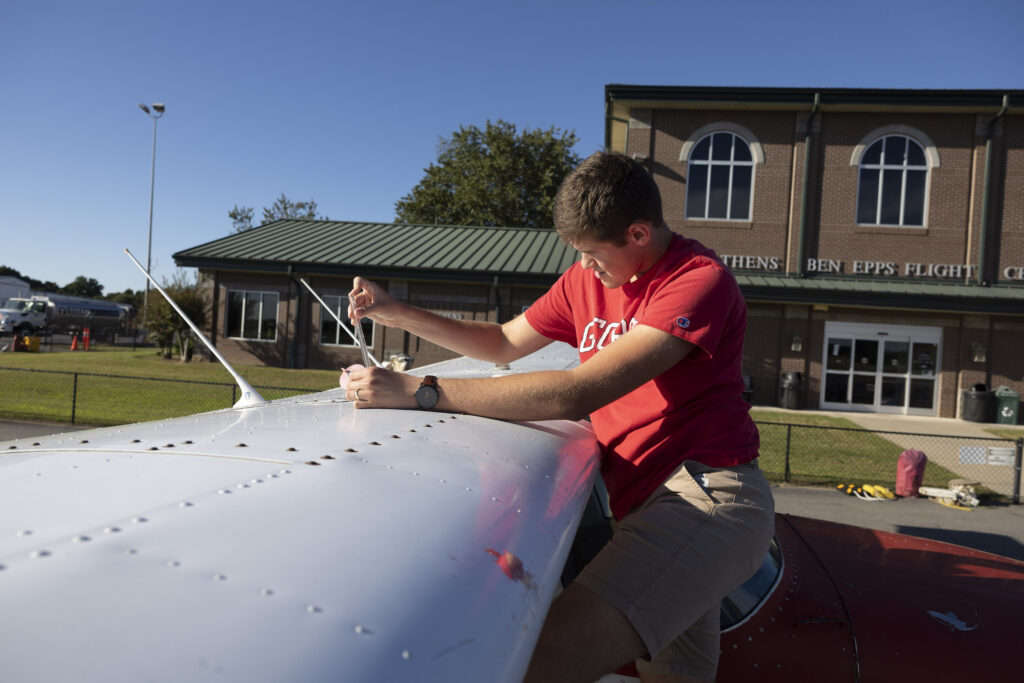 Business Major Luke Zwicker is also a flight instructor at Athens Ben Epps Airport. He checks the fuel before take off in the Cessna 172. (Photo by Peter Frey/UGA)

As Zwicker prepares to graduate with a major in economics, he has already attained over 1,500 hours of flight time, securing him a job offer in the airline industry as a commercial pilot, and setting him up to take his flying to the next level. In the meantime, he enjoys flying with his wife to destinations around the southeast, and exploring every possible opportunity to be surrounded by aviation.