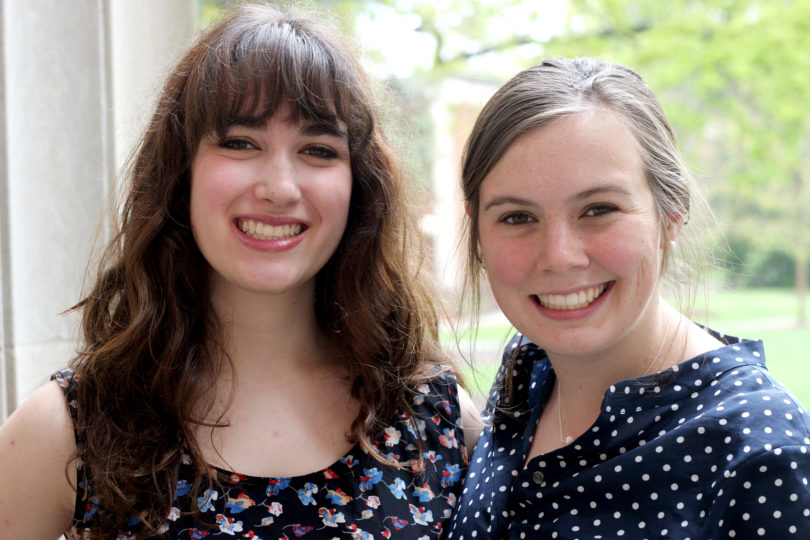 Eilidh Geddes, a junior majoring in economics and math from Dunwoody, and Amy Feinberg, a junior studying public relations and international affairs from Canton, will represent UGA at the competition. Georgia Debate Union director and UGA professor Edward Panetta will join the students as coach.

“This is an opportunity for UGA students to debate important international political issues with a number of strong national and international debate programs,” Panetta said.

UGA is one of just 36 institutions from the U.S., England, France and the West Indies invited to participate.

The Lafayette Debates aspire to promote international civil society by engaging future leaders on timely topics of mutual interest to the U.S. and France. The topic selected for this year’s debate addresses the impact of the ongoing process of globalization on culture and cultural industries. In exploration of this topic, students will research and debate the goals and objectives of the seminal international agreement on cultural preservation, the UNESCO Convention on the Protection and Promotion of the Diversity of Cultural Expressions.

The French Embassy will award study tours to the top U.S. competitors who will then continue their exploration of the debate topic firsthand in France in discussions with the country’s government officials, diplomats and business leaders.

“The addition of a reception for the debaters at the French Embassy should make this event all the more memorable for our students,” Panetta said. “This should be a wonderful experience for all of the students representing their colleges in the hopes of winning a trip to Paris in the summer.”

The 2014 Lafayette Debates commemorate the historic relationship formed during Gen. Lafayette’s “hero tour” of the U.S. in 1824 during which the Marquis de Lafayette and his son, George Washington Lafayette, were received by the Enosinian Society, the debate and literary society of the Columbian College. Afterward, they accepted honorary membership into the society, and the occasion was commemorated by a debate series titled the Lafayette Debates.

The French Embassy and George Washington University have revived the Lafayette Debates in the belief that now, more than ever, a vigorous and respectful trans-Atlantic dialogue is of the utmost importance not only to the citizens of the French Republic and the U.S., but also the world.

For more information on the Lafayette Debates, see http://www.lafayettedebates.com/.